Terriers were once the greatest dogs in the world. 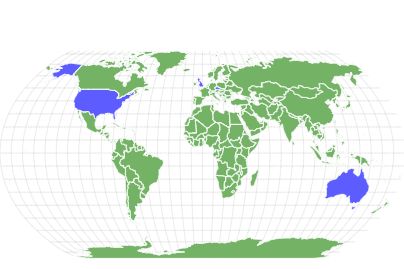 Terrier as a Pet:

View all of our Terrier pictures in the gallery.

View all of the Terrier images!

Terriers are bred to hunt, kill vermin, and guard family homes and barns. They are further categorized by size and function, with there being 5 different groups of Terrier. The name “terrier” comes from the Latin word for “earth” (terra) because these dogs burrow and “go to ground” to catch field vermin such as chipmunks, mice, rats, moles, voles, badgers, otters, and even foxes. This group of dogs originated in the British Isles from a small selection of ancestors. Although they’re fairly new, they’re extremely popular all over the world as working dogs, companion animals, and family pets.

There are hunting, short-legged, bull-type, toy, and large breeds. They are all working breeds with the exception of the Boston Terrier, which originated in the United States and the American Kennel Club accepted it in 1893 as a non-sporting breed. Rat-baiting, bull-baiting, and dog-fighting have been popular blood sports involving various types and breeds.

Terrier mixes are the result of breeding two Terrier breeds or a Terrier and another purebred (such as the large Airedale Terrier) or a hybrid dog (such as the Terrier Poodle, also known as the Terripoo). The most popular purebred dogs to breed with these dogs are the Chihuahua, Poodle, Labrador, Beagle, Dachshund, and Schnauzer, while popular Terriers to have as one parent to breed with another purebred or a hybrid dog breed are the Silky Terrier, Smooth Fox Terrier, Black Russian Terrier, Wire Fox Terrier, Miniature Bull Terrier, and Teddy Roosevelt Terrier. These and other well-known mixes were further bred for consistency, achieving specific results in coat, physical appearance, and temperament with qualities from both parents.

Here are some examples of popular Terrier mixes, in alphabetical order:

3 Pros and Cons of Owning a Terrier

These dogs are a dog group of small to large size breeds with a coat that ranges from short and wiry to long and silky, or even hairless, such as the American Hairless Terrier, which is derived from the Rat Terrier. Some other examples of breeds are Silk y Terrier, Smooth Fox Terrier, Black Russian Terrier, Wire Fox Terrier, Miniature Bull Terrier, and Teddy Roosevelt Terrier. Due to their variety, they can weigh as little as 2.7 kg (6 lb) such as with the English Toy Terrier to up to 80lbs such as with the Bull Terrier. Their height can range from 10 to 24 inches. In some breeds, males are larger than females in both weight and height, while there is little to no difference in others. All puppies are considered adults at approximately 12-18 months but they don’t reach their full growth until 2 or even 3 years of age.

Health and Entertainment for your Terrier

These dogs as a whole tend to be fairly healthy dogs. Smaller breeds are especially hardy, although specific small breeds have unique health issues; for example, Yorkshire Terriers have a higher risk of hypoglycemia in their first five months after birth, and many small breeds are at risk of blindness and other vision problems. The Boston Terrier is prone to respiratory issues due to brachycephalism and larger breeds, especially with deep chests (such as bull-type terriers) are more vulnerable to bloat (gastric torsion).

However, all of these dogs generally tend to Obsessive-Compulsive Disorder, which in dogs is called Dog Compulsive Disorder. Behaviors include excessive barking, chewing, digging, and other destructive or negative behaviors. Breeds that are actively working are prone to arthritis and joint dysplasia. Cancer is also a risk. In short, the most common health issues about these dogs are:

The temperament for this dog group is generally described as lively. Their general personality is social and playful, with traits of fearlessness, intelligence, and protectiveness. They also tend towards having separation anxiety, with behaviors of excessive barking, chewing, and digging. They prefer people over other dogs or animals. Some breeds are more possessive and snappish than others. They also tend towards having a high prey drive and so will chase cats and other smaller animals.

How To Take Care of Terriers

New pet owners looking for how to care for these dogs, especially puppies, must consider the specific breed. Whether it’s behavioral or stress issues like separation anxiety and OCD, health issues like hypoglycemia and trouble breathing, or different care related to their coat and size, each breed has unique needs that must be considered.

The Best Dog Food for Terriers

These dogs, especially puppies, have unique health considerations depending on the breed. Therefore new owners should consider these factors when choosing a food for their pet:

Puppy food: Puppies should have puppy food for their age, size, and nutritional needs. All puppies need nutritionally complete puppy food and to be fed according to the directions of the food or the recommendations for their breed.

Adult dog food: Similar to puppy food considerations, adult dog food should be nutritionally complete. Adding supplements is a good idea if your dog is prone to specific health issues. Because these dogs remain active well into adulthood, it is best for them to have an active dog food variety that combines the main ingredient of animal protein with carbohydrates, fats, and vegetables.

We recommend this food for most terrier breeds due to the quality of its ingredients, excluding potatoes, lentils, and peas in favor of healthy lamb, chicken, and brown rice. It’s full of glucosamine and chondroitin to prevent joint conditions, pain, and reduced mobility. Plus, the probiotics ease digestion while amino acids promote full-body wellbeing. The crunchy kibble improves the health of teeth and gums by cleaning away food residue, tartar, and plaque. 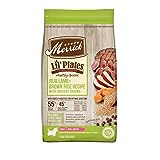 Maintenance and grooming for these dogs depend on the coat of the breed you have. Airedale Terriers are best suited for warm climates, the Australian Terrier adapts to any climate, and the Bedlington Terrier is best suited for cold climates. Short-haired breeds have one coat and so only need brushing a couple of times a week, while longer-haired breeds will need more frequent brushing and more than one type of brush. Those with long fur, which sheds often, or who are prone to matting, need daily brushing.

These dogs are intelligent but stubborn. If they are bored due to lack of variety in their training or are punished as negative reinforcement, they will refuse to do the tasks and act out. Early training and socialization at 3-4 months with firm and consistent directions and positive rewards is a must.

Like other dogs, playtime for puppies should be limited, with 5 minutes for every month of age. Once they are adults, however, these dogs need a lot of exercise. Smaller breeds do not need nearly as much space as larger ones and do not require heavy exercise. Generally, they need a high amount of exercise every day. They also need variety to keep them happy and engaged. Aim for 60-90 minutes of exercise with 30 minutes of moderate to intense play.

Puppies will display signs of separation anxiety early on, even when not left alone for long. Crate training is recommended along with leaving toys. If socialized early, they will do well being left alone with other puppies or other dogs of any age.

Certain breeds tend to be very possessive of food and toys, and may bark, growl, or snap at children in the same way they would adults. They are also defensive and hence, should not be left unsupervised with children and with children who do not know how to be gentle with them.

Several breeds have been used in advertising. Here are 3 different breeds that have been the most popular in video commercials and ads:

Popular names for these dogs are often those of flowers, actors and actresses, or gemstones. Some examples are:

How many terrier mixes are there?

There are more than 40, but there are 21 which are the most popular breeds.

Do terrier dogs bark a lot?

They bark to alert their owners of strange noises, but they can bark excessively if they are bored or neglected.

What is a terrier personality?

A terrier personality is a go-getter and one that often “goes to ground” to hunt vermin.

Yes, terriers are great working dogs as well as companion and family pets.

Why are dogs called terriers?

Dogs called terriers belong to the Terrier group of breeds which were created to hunt, kill vermin and guard family homes and farms.