Books about Roman mythology are curated collections of Roman legends and myths. They form a solid basis for ancient Roman beliefs and religion.

The books give invaluable information about Rome’s history and are often highly entertaining. Roman culture and religion are primarily borrowed from Greek culture.

But Rome has an intriguing collection of legends and myths, making Roman culture unique. Moreover, the rich Roman mythology has been extended vividly by avid writers like Virgil and Ovid, among others.

The amazing mythology books help people stand against the hardships and ills of an unforgiving world. Despite the constant battles and disagreements, humankind had to fight against giants and monsters.

Let’s delve into the ten best books about Roman mythology that will fascinate your imagination and thinking. 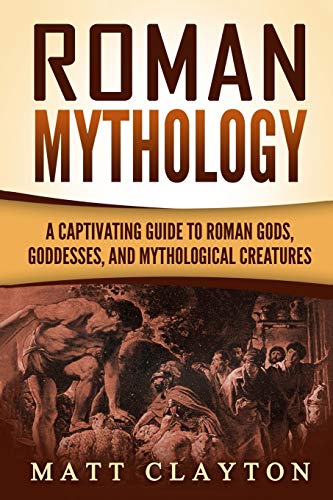 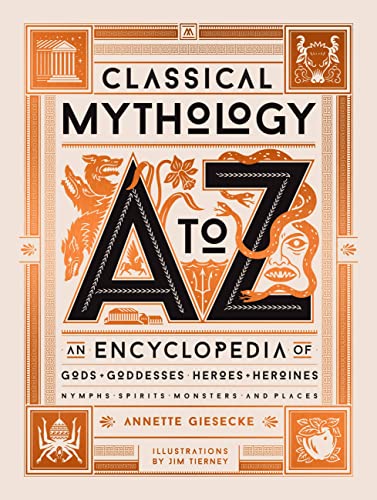 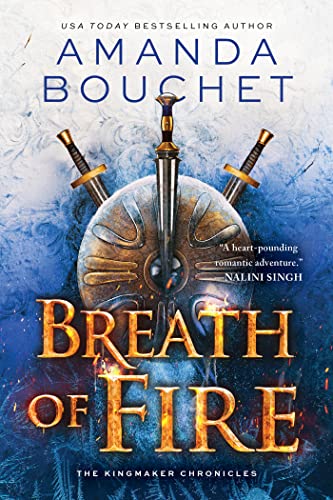 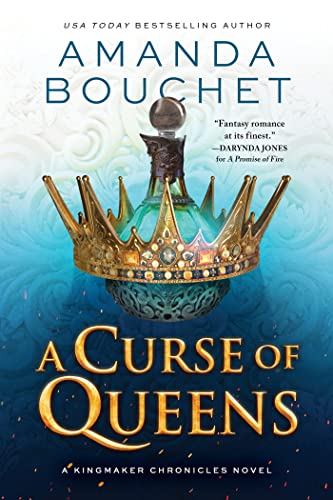 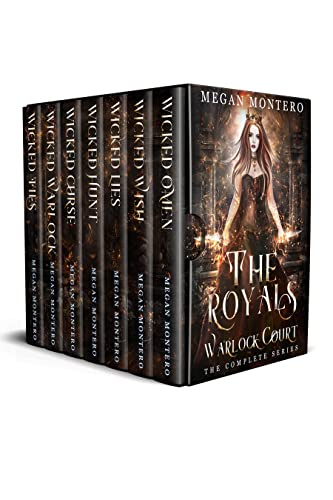 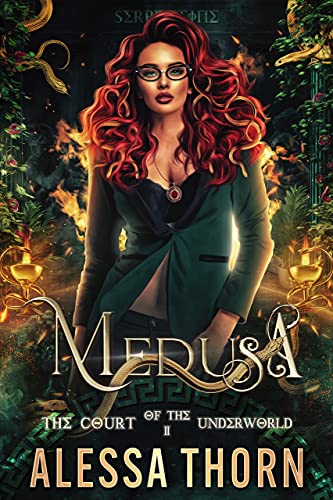 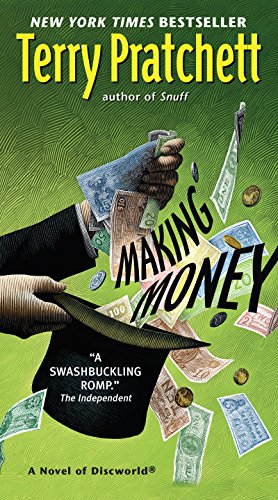 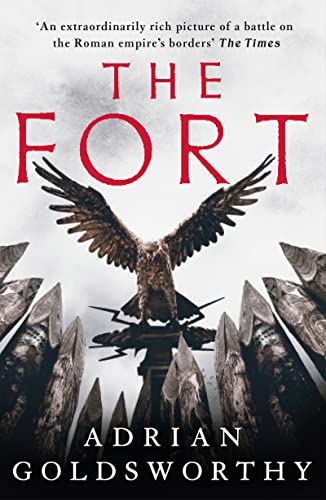 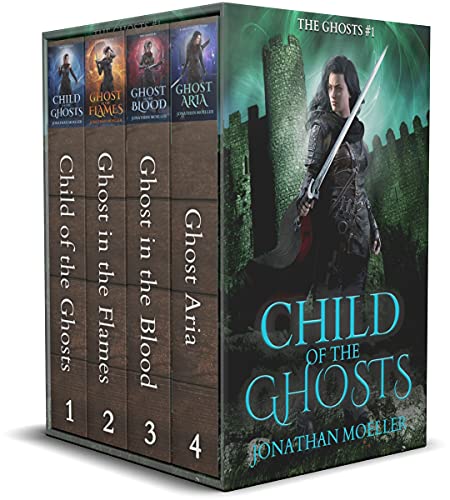 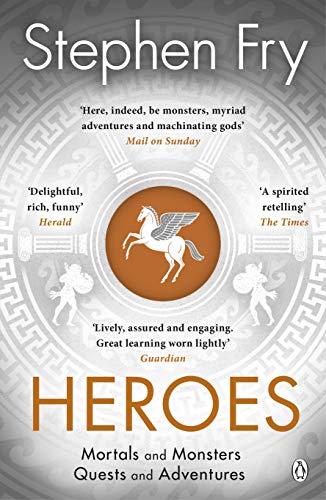 Roman Mythology is a captivating and exclusive guide to Roman mythological creatures, gods, and goddesses.

The book was written by Matt Clayton, a world-renowned best-selling author known for his unique view on mythology. Among his best-selling books include Greek Mythology and Norse Mythology. The compelling facts and stories in Roman Mythology will get you hooked on this seven-chapter book.

The book is written to help readers discover various aspects of Roman culture, with each chapter narrating scenes that bring the mythical and legendary characters to life.

Chapter 1 connects Trojans to Romans, while Chapter 2 explains the foundation of Rome by Romulus, wolf-suckled brothers, semi-divine, and Remus.

Chapters 3 and 4 teach you about Roman mythological creatures and the Etruscan influence on Roman myth, respectively. Chapters 5 and 6 discuss the impact of Roman mythology and Celtic influence. Finally, the last chapter lets you explore the truths behind Roman creatures, gods, and goddesses.

The 114-page book is available in paperback, audiobook, and hardcover.

Classical Mythology A to Z (October 2020)

Classical Mythology A to Z is an encyclopedia that beautifully illustrates hundreds of fascinating and rich definitions of Roman and Greek creatures and characters. Annette Gisecke wrote the book,

The book is a comprehensive and engrossing Roman mythology written by Annette Giesecke, an accomplished author with various titles under her name and illustrated by Jim Tierney.

This brilliant reference gives clear explanations of every locale and character. The book also captures the essence of timeless tales of heroes of the Trojans, monsters, and other creatures that dominated these ancient stories.

With energy and clarity, the author recounts the details of more than 700 places and creatures.

Breath of Fire is an outstanding reference written by Amanda Bouchet, a best-selling space opera romance and fantasy romance author. Bouchet writes steamy romance and epic exploits with characters that will make you cry or laugh.

The book is easy to read, entertaining, and with brilliant creativity. It’s a heart-pounding romantic adventure that sweeps readers away.

Cat Fisa might have crowned her with a symbol of three powerful realms, but she still needs to fight. Nevertheless, she strongly believes in what Griffin is trying to attain and hopes peace will finally reign.

Cat Fisa also believes that being by Griffin’s side, he will have the willpower to change the world. They’ll do anything to fight the evils of the world.

But her past resurfaces, and they should strike soon to unify the land without shedding innocent blood. Then, when their survival battle is over, they will stand side-by-side in the heart of the future kingdom.

Bouchet’s novels are heart-pounding and creative and ramp up the excitement. Romance readers will enjoy this combo of romance and action.

A Curse of Queens (The Kingmaker Chronicles Book 4) (October 2022)

A Curse of Queens (The Kingmaker Chronicles Book 4) Check Amazon

A Curse of Queens is a thrilling edition that perfectly balances grand romance and evocative Greek mythology by Amanda Bouchet.

Discover a white-hot fantasy that features the king’s younger sister and his best friend.

After many centuries of battle, the mighty three kingdoms of Thalyria have reunited. But the queen is under a curse, and the royal lineage has been broken. No one knows who is behind the plot to fracture the realms of peace.

Jocasta, the king’s younger sister, is desperate to help and hatches a daring plan. But she can’t achieve this alone.

She requires a helping hand and the unwavering bravery of a warrior. This is where Flynn of Sinta comes in handy. Flynn is brave, has spent eons fighting, and cannot allow Jocasta to face it alone. So instead, he swears to be her shield and do the impossible together.

This edition is utterly breathtaking and delivers with both heart and heat.

The Royals is another excellent book about Roman mythology that will have you turning pages one after another. Megan Mentero, an accomplished paranormal and urban fantasy author, wrote the book.

Mentero captures thrilling episodes with 1,000 pages of epic romance, twists, and magic you’ll never see coming. She likes having fun finding magic in all her writing.

Her characters are interesting and fun, making the entire 1844 pages printout easy to read.

Get ready to get thrown into Warwick academy and experience the dark side of magic. The warlock side is quite mind-boggling. It is time you got a cliffhanger hangover, and you won’t be sorry for joining the Wickedness.

Medusa: The Court of the Underworld (Book 2) Check Amazon

Meet the most stunning gorgon in legend—a blind thief with everything to lose makes the entire edition a heist to remember.

The book is based in a sexy, dark city ruled by Hades and his classic monsters and gods. It takes you down the path of vengeful goddesses and sexy thieves, hence the name “The Court of the Underworld.”

The beautifully curated edition is written with clarity and simplicity yet enthralling.

Medusa rules the media empire behind the safety of a thousand screens. She also controls a private sculpture garden of ungrateful humans who have tried to cross her. She is ruthless and thorough in her dealings.

Perseus encounters a rough day as he tries to delve into a thieving career in Styx city. But Dany, his younger sister, gets kidnapped by a gang that demands he does the last dirty job for them.

This is a tough decision, and Perseus has no choice since he has to save Dany. So he breaks into the Serpentine Tower and snips Medusa’s necklace. Medusa hates people messing with her things and puts a sculpture of a sexy thief in her garden.

Do you have a loyal person you can put in charge of a royal mint?

Sir Terry Pratchett, the book’s author, is an internationally respected author with about 36 books in the Discworld series. The book has received positive and negative responses, but it remains awkwardly amazing!

Moist von Lipwig, a former arch-swindler, has managed to get the inefficient Ankh-Morpork post office operating somehow woefully. So the powerful despot lord cynically asks Moist if he would be interested in making money. Apparently, this is a tricky way of convincing Moist to reopen the Royal Mint.

Moist is hesitant to resuscitate the mint but is somehow tempted by a request from Vetinari. This seems like a once-in-lifetime offer, and only people who have lived long enough might have the guts to refuse it.

So Moist has to deal with Royal Bank chairman Turvy Lavish. But this is the beginning of making serious money and lethal enemies.

The Fort is a fast-paced mythological book creatively written by a historian, Andrian Goldsworthy.

The profoundly packed adventure is set based on Rome’s Danubian frontier.

Rome and the Dacian kingdom are at peace, but it seems it won’t last long. Flavius Ferox, sent to command an isolated fort, can sense war coming. He also knows that the enemy might be closer to home. So, what can he do to salvage the situation?

The Brigantes under Flavius’s command are former convicts and rebels who are likely to kill him.

The gripping, gritty, and profoundly realistic The Fort is a trilogy based on the Roman empire. No one understands the Roman army better than Andrian, making him bring out an authentic and enjoyable read.

The Ghosts Omnibus One (The Ghosts Collections Book 1) (November 2013)

The Ghosts Omnibus One (The Ghosts Collections Book 1) Check Amazon

Get ready for an excellent series with an outstanding concept from the usual storyline. It’s even more interesting that a male author, Jonathan Moeller, has written authentically from a female perspective.

The author’s descriptions are vividly done, and the stories are compelling. Besides, Moeller has created an exciting and intelligent set of characters.

When Caina’s life is torn apart by murder and sorcery, she joins the Ghosts. These are the legendary assassins and spies of the Emperor of Nighmar.

Profoundly, she learns the deep secrets of stealth and disguise, infiltration, and assassination. It helps her grow from a frail, frightened child to a ruthless Ghost night fighter. Finally, Caina becomes a woman who can face terrible foes, making her prevail boldly.

But that might not be enough armor to win the battle since the evil that damaged her family pursues to destroy the world.

Monsters and mortals are Roman heroes, and there are Greek heroes. This informative and entertaining book exhibits enormous enthusiasm. It is a series of past gods relatable to modern literature, pop culture, and music.

Few mere mortals are on a heart-stirring mission with bold adventures. Instead, they aim to overcome various monstrous perils and to scheme vengeful gods.

Get to know about Atalanta, who was raised by bears and can outrun any human being. Then, join Oedipus to solve a riddle while Bellerophon captures a winged horse. On the other side, Jason is aboard the Argo as he yearns for a golden fleece.

Filled with wild battles and chases, acts of cowardice, impossible riddles and puzzles, Heroes depicts what mortals are capable of.