Written by Nikita Ross
Published: December 7, 2022
© qiufan bu/Shutterstock.com
Share this post on:
More Great Content:
Is Hibiscus a Perennial or Annual?
Rose Of Sharon vs. Hardy Hibiscus
7 Extinct Trees
The 5 Best Annual Flowers For Zone…
Are There Any Plants That REALLY Keep…
Is Lantana a Perennial or Annual?
↓ Continue Reading To See This Amazing Video

There are many stunning flowers in the plant kingdom that are similar in appearance and growth habits. This creates confusion among aspiring gardeners trying to plan a garden or identify what’s growing already.

The snowball bush and hydrangea are two popular flowering shrubs that often get confused with one another. Here are the key differences, so you know which one to grow.

The Key Differences Between Snowball Bush and Hydrangea

Despite similarities in their appearance, the snowball bush and hydrangea are two completely different plants. Some of the confusion stems from the Annabelle hydrangea, which is often called a snowball hydrangea.

Most snowball bush varieties are limited to warmer climates, growing in USDA Zones 6-9. While there are a few varieties growing in colder zones, it’s not ideal for the species as a whole. Hydrangeas tend to be cold-hardy, spanning USDA Zones 4-9.

Growth and care also vary between the snowball bush and hydrangea plants. Snowball bushes require full sun to thrive while hydrangeas prefer some shade. Pruning a snowball bush in the fall after the blooming season promotes new growth the next year. Hydrangea pruning shouldn’t occur until the spring to see if new buds will grow on old wood.

Hydrangeas are in the genus Hydrangea, with 75 varieties of this popular garden bloom. Several cultivars have received recognition via the Royal Horticultural Society’s Award of Garden Merit.

Snowball bushes are native to the Northern Hemisphere, with species found across Europe, Asia, and Northern Africa. Some species of Viburnum can be discovered in South America. Snowball bushes found in North America have been imported and domesticated.

Hydrangeas originate in China, though early traces have been found across Asia and fossilized in North America. Many of the popular cultivars originate in the United States, with the horticulture experts at Bailey Innovations responsible for breeding fan favorites like Endless Summer, BloomStruck, and Twist-n-Shout.

Snowball bush flowers grow in globe-like clusters, similar to hydrangeas. The petals typically start as a pale green, turning white or pink as they grow. Leaves are a rich green and similar in shape to maple leaves. In warm climates, the snowball bush can grow up to 10 feet tall and wide. The blooms are fragrant with fruity, vanilla tones — one of the easiest ways to tell the difference between a snowball bush and hydrangea at a glance.

Hydrangeas also grow in globe-like clusters or flat (lacecap) clusters with blooms in shades of pink, blue, purple, and white. Leaves are rich green and ovaline. Hydrangeas can grow up to 6 feet tall with an even span. While some hydrangeas can grow taller, most span outward as they age. Many hydrangea cultivars have a floral fragrance, it’s mild and subtle.

Snowball bushes and hydrangeas are primarily used for decorative purposes in gardens. Both plants are great for pollinators, providing bees and butterflies with plenty of nectar.

Hydrangeas are also a popular wedding flower, and their delicate nature also makes them a great bloom for drying and preserving for home decor.

Hydrangeas should be planted in well-draining soil in partial sunlight, though full sun is recommended in Northern climates. Keep soil moist, using mulch as needed (particularly during the winter months). Hydrangeas are cold-hardy, thriving in USDA zones 4-9, but they should be covered in burlap for overwintering in colder climates. Prune in the spring after the buds have popped, trimming only dead wood.

Plant your snowball bush in well-draining soil in full sunlight. Keep the soil moist, using mulch as needed. Water once per week or more in hot, dry climates. Cover in burlap for overwintering in USDA zones 6-9. Prune in the fall after the petals have bloomed and died. Snowball bushes are not cold hardy, and won’t do well in extreme winter weather. 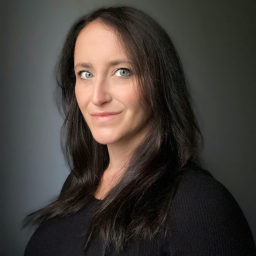