The 7 Best Children’s Books About Space – Reviewed And Ranked

Learning about space is one of a child’s most intriguing experiences. They consider the solar system a place of eternal mystery, and consequently, stars, planets, and astronauts fascinate them. This may result in a flurry of inquiries that require brief, straightforward answers to pique their interest. “Mom, is the sun a star or a planet?” “Why is the moon following me, Dad?”

Perhaps these questions remind you of your nerdy younger self, and you can’t help but notice their giddy enthusiasm for the night sky and its mysteries.

Although children aren’t the only ones fascinated by the sun, moon, brilliant stars, and the Milky Way, a wide range of age-appropriate books are dedicated to teaching, engaging, and entertaining children about the marvels of space.

Whether your kid dreams of being an astronaut or is simply in love with historical fiction, we’ve compiled books to match the energy of every child. So please read on as we take you through some of the best books about space you can buy for kids. 1. My First Book of Planets: All About the Solar System for Kids

My First Book of Planets: All About the Solar System for Kids Check Amazon

Do you want to pique a child’s interest in space? This book is a fantastic introduction to science and astronomy for children who wish to learn more about the universe.

My First Book of Planets is one of eight books in the My First Book Of series for youngsters. Planetary scientist and science communicator Bruce Betts wrote this entry. The book, created for youngsters aged three to five, presents a current summary of the planets in our solar system.

Thanks to its exciting facts, this book will transport kids to every planet and deep space, without the need for a telescope. Exploring all there is to know about the planets that make up our solar system can be done at their fingertips. Unfortunately, however, the images don’t fully live up to those expectations.

The book contains 68 pages, so reading can be spaced out over a few days to pique your early reader’s attention. It’s accessible in spiral-bound, Kindle, hardback, and paperback formats.

There's No Place Like Space: All About Our Solar System (Cat in the Hat's Learning Library) Check Amazon

Since its publication in 1999 as part of the 50 books in the Cat in the Hat Learning Library, this book has remained a go-to for five to eight-year-olds to learn about the solar system.

It features well-known characters from Dr. Seuss’s The Cat in the Hat, rich visuals, intriguing characters, and fun rhymes. Tish Rabe, a bestselling children’s book author, wrote it, and Aristides Ruiz illustrated it.

There’s No Place Like Space is an enjoyable, beautifully illustrated book that helps kids discover the marvels of space while learning about the solar system, planets, constellations, and astronauts. The 48-page book is available in hardcover and Kindle editions and makes for a quick and enjoyable read.

3. Margaret and the Moon: How Margaret Hamilton Saved the First Lunar Landing

Margaret and the Moon Check Amazon

This book is based on the biography of Margaret Hamilton, one of the pioneers in her field. She hand-wrote code crucial to many missions, including the launch of Apollo 8, 9, 10, and 11. She joined NASA in 1964 and rose through the ranks to become the director of software programming for Project Apollo. As the projected landing approached, issues arose with Apollo 11’s Eagle lunar module, bringing the story to a dramatic climax. Hamilton’s code addressed the fault, and the module landed successfully in the face of a potentially catastrophic computer overload.

The plot establishes Margaret’s path early on by highlighting her love of science, math, and big questions. Margaret and the Moon demonstrates her significance in a male-dominated industry and how her extraordinary arithmetic abilities facilitated the development of the space program.

The cartoon-style illustrations, created by award-winning writer Dean Robbins and illustrator Lucy Knisley, lend humor to this book. This makes Hamilton’s onerous responsibilities clear and appealing to a younger audience.

This book has been featured on many honorable lists, including A Mighty Girl, The Planetary Society, Children’s Book Council, Illinois Reads Selection, and Kids’ Indie Next List, among others.

Published by National Geographic Kids as part of a 21-book series, this book offers a rudimentary explanation of space concepts, starting with the details of the universe that are most familiar to children. You will find images such as the Earth, other planets, comets, the Milky Way, black holes, and much more.

Catherine Hughes collaborated with illustrator David Aguilar to create this aesthetically engaging first reference book for children aged 4 to 8. It’s a lengthy book that young people should take their time reading. Both Kindle and hardback editions are available.

5. I Love You, Michael Collins

Lauren Baratz-Logsted’s critically acclaimed middle school historical fiction novel chronicles the narrative of Mamie Anderson, a 10-year-old girl. She writes a message to her favorite astronaut, Michael Collins, who is on his way to the moon but must stay on the spacecraft the entire time.

Although Michael Collins was not the most notable figure in the events surrounding the moon landing in 1969, the story revolves around his contribution to one of the most exciting moments in American history.

Despite being a 240-page read, the plot is fascinating enough that it won’t take long to finish. You can get it in paperback, hardcover, Kindle, and audiobook.

6. If You Had Your Birthday Party on the Moon

If You Had Your Birthday Party on the Moon Check Amazon

Who wouldn’t attend a birthday party held on the moon? In her debut picture book, Joyce Lapin plays with the idea of having a birthday celebration on the moon’s surface. The guests at the birthday party, including a dog, land on the moon after taking a dazzling orange rocket. The partygoers are decked out in space suits and party hats as they marvel at the vista of Earth.

The images illustrated by Simona Ceccarelli are authentic in their depiction of the moon landscape, thus capturing the readers’ sense of surprise. Further, with its sidebars and glossary, this book is suitable for kids up to 7 years old and above. It presents a fun, quick way to learn about the moon and galaxy in 40 pages. However, you can only get the hardcover format.

Bonus point: Don’t be surprised if a kid wants to have a space-themed birthday party after reading this.

7. Hidden Figures: The True Story of Four Black Women and the Space Race

This book tells the tale of four African American mathematicians, Dorothy Vaughan, Mary Jackson, Katherine Johnson, and Christine Darden, who worked at NASA in the 1960s.

It’s a simplified version, aimed at children between the ages of four and eight, of the New York Times bestselling book and the Academy Award-nominated film of the same title. The women overcame obstacles to support the astronauts of the day in their mission to the moon.

Authored by Margot Lee Shetterly and illustrated by Laura Freeman, Hidden Figures can be a valuable springboard for discussions on fairness, diversity, and inclusion with young readers.

It’s a light read perfect for 6- to 10-year-olds, and it’s available in paperback, hardcover, and Kindle.

Laura Freeman received the NAACP Image Award for Outstanding Literary Work for Children for her work on Margot Lee Shetterly’s “Hidden Figures.” It also became a New York Times Best Seller and was named one of “Ten Books All Georgians Should Read.” 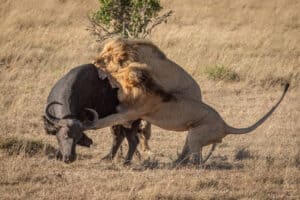