Herschel Hoffmeyer/Shutterstock.com
Share this post on:
More Great Content:
7 of the Largest Prehistoric Animals Ever…
Discover the 8 Smartest Dinosaurs Ever to…
Meet Every Dinosaur Featured in Jurassic World…
Top 10 World’s Largest Dinosaurs Ever
9 Dinosaurs With Long Necks
Meet the Largest Carnivorous Dinosaur in History…

A list of the new dinosaurs in Jurassic World Dominion

The creators of Jurassic World Dominion included 30 species of dinosaurs in the film this time around. Of those 30, we have already seen around 20 (species like velociraptors, t-rex, and more). Still, there are ten species that are brand new to fans of the films. Let’s learn a bit about each of these newbies.

Atrociraptors are among the most important plot points in the entirety of the new movie. The first time we see the Atrociraptor is when Chris Pratt is on the island of Malta looking for his “daughter.” During the search, he is targeted with a laser pointer that “triggers” the Atrociraptor to attack him without stopping. Although the attack from the laser wasn’t real, these predators sure were! Atrociraptors were medium-sized feathered dinosaurs that were first discovered in Canada. They generally measured about 6 feet long and weighed around 35 lbs.

Dimetrodon is an interesting addition to our list of new dinosaurs in Jurassic World Dominion because, technically, they aren’t dinosaurs. They sure look the part, but they were around before real dinosaurs were alive. Dimetrodons are considered to be non-mammalian synapsids and died off 40 million years before the first dinosaurs were around. They are seen in the amber caves in the movie right before the main characters are rescued by Jeff Goldblum’s “lucky guess” on the keypad to get his friends out.

Dreadnoughtus lives up to its amazing name, which translates to “fears nothing.” They were among the largest animals on earth and potentially the largest terrestrial animals to ever live. They are briefly seen and mentioned in the film. These massive dinosaurs measured around 85 feet long, stood two stories tall, and weighed over 50 tons.

Giganotosaurus, ranking among the largest of the new dinosaurs in Jurassic World Dominion, was one of the primary antagonists in the film. You can see Giganotosaurus take the deer away from the T-Rex first. It made a reappearance when it tried to chase the squad as they entered the research shelter in the forest. Its final appearance is at the end when it has a battle with T-Rex and Therizinosaurus. Giganotosaurus was likely the largest carnivore to ever live and was between 39 and 43 feet long and weighed 4.2-13.8 tons

Lystrosaurus was a small dinosaur that could be seen in a cage behind Dewanda Wise during the underground Malta trade scenes. It is called “shovel head” and is quite cute! Additionally, Lystrosaurus was extremely successful during its time. Over 95% of all fossils in some beds are Lystrosaurus fossils.

Microceratus was a small dinosaur with a frilled head and small horns. Its name actually means “small horns,” with a total body length of around two feet. Microceratus is seen in the market in Malta and is also the dinosaur that Charlotte was admiring when she was a child.

Moros was a “tyrant lizard” that was somewhat related to the T-Rex. It was seen during a flashback of the Cretaceous Period in prehistoric times and was depicted as cleaning the jaws of a Giganotosaurus. Although the depiction had them quite small, they were actually around 8 feet long and weighed 172 lbs.

The Pyroraptor was easily one of the coolest dinosaurs in the film. We first see one when Chris Pratt and Dewanda Wise crash the plane, and a feathered dinosaur approaches them on the ice. They get their name due to the first fossils being found after a forest fire in France, although their actual existence is debated.

Yet another of the new dinosaurs in Jurassic World Dominion, Quetzalcoatlus was the largest flying thing to have ever existed. It is first seen when the aerial deterrent system is disabled, allowing it to attack the plane flying over the valley. Quetzalcoatlus is named after the Aztec serpent god, Quetzalcoatl, in the Aztec language. Incredibly, it had a wingspan that reached well over 50 feet, was 9.8 feet tall, and weighed between 440 and 550 lbs.

Therizinosaurus is one of the scariest dinosaurs in the entire movie franchise! This reptile had massive claws for fingers, giving it the name Therizinosaurus, which translates to “scythe lizard.” We first see Therizinosaurus when Bryce Dallas Howard crash-landed and was stuck in the forest. During her escape, Therizinosaurus nearly grabbed her as she escaped by hiding in the water. We again see Therizinosaurus during the showdown of the big three predators at the end of the film.

For an additional read, you can check out every dinosaur featured in Jurassic World Dominion. 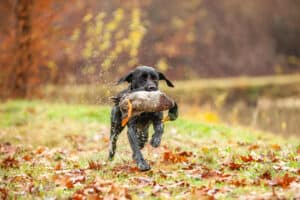