Hermit crabs are little crustaceans found in shallow waters all over the world. They are not lonely organisms, despite what their common name may suggest, and often dwell in groups of 100 or more. Their name comes from the snail shells they have on their backs, which they always have to replace as they grow older. These shells are essential because of their soft bodies, with just hard exoskeletons in front.

Hermit crabs are intriguing creatures belonging to the Paguroidea superfamily, which includes seven other hermit crab families. About 1,100 hermit crab species may be found worldwide, of which almost all live in the ocean. There are also semi-terrestrial species that most people are familiar with. These are known as land hermit crabs and are commonly kept as pets by some people.

But there are some fantastic things that you probably do not know about these animals, and that is what this article discusses. Read on to learn some of the incredible facts associated with hermit crabs.

These crabs are very outgoing creatures, living in large groups of hundreds. Those who dwell in the sea (also known as saltwater hermit crabs) frequently offer lifts to sea anemones on their shells, forming a symbiotic connection with the house guest. The anemone lives typically on the crab’s shell and may help defend it with its stinging and camouflaging tentacles. When a crab and anemone create a strong attachment, the crab will take the anemone with it when it changes shells. The crab will occasionally let a ragworm dwell with it within the shell.

2. Hermit crabs are animals of the land and sea

Hermit crabs molt as they grow, just like other crustaceans. This implies that the exoskeleton will be shed, and a new one will grow. When they outgrow their previous shell, they must look for a new one. During molting, a new outer skeleton grows beneath the old one. The old exoskeleton cracks and falls off, and it takes time for the new structure to harden. As a result, crabs frequently burrow a hole in the sand to help shield themselves during the crucial molting period.

Hermit crabs take shells from other species that have no further use for them. When a new shell appears, the tiny crabs will stand in a queue to try it on. They start with the biggest crab, which is the first to try on the shell. When a crab leaves its previous shell, the smaller crabs will line up to check if it is a better fit. No doubt, these animals are intelligent.

Hermit crabs are equipped with two pairs of walking legs and a couple of claws. They have three mouthparts pairs and two pairs of antennae for sensing their surroundings. They also have two eyes on stalks, making it easier to see things around their environment.

These crustaceans aren’t selective when it comes to food. They’re opportunistic omnivores who eat plankton, kelp, seaweed, tube worms, sea horses, tiny shrimp, and other crabs. If they come in contact with any dead stuff, they will eat it. Their job in their immediate environment is to live on the seafloor and assist in the removal of waste particles.

Humans and animals are known to grow in size, but they are not known to decrease. The hermit crab defies this norm and can shrink in size if necessary. If a crab outgrows its shell and is unable to find a larger one, it will shrink in size.

The name hermit crab does not probably describe these crustaceans according to their characteristics. They have a stronger resemblance to lobsters than to other crabs. Hermit crabs aren’t crabs in the traditional sense because their exoskeleton isn’t totally hard. The front of their bodies has a robust exoskeleton, but their tail is soft. To cover the exposed part of its sensitive body, the hermit crab borrows leftover shells from other species.

8. Hermit crabs have a fighting spirit

Hermit crabs have a fierce, fighting mentality and have been known to battle each other. When a hermit crab wants another crab’s shell, he’ll fight for it. A shell-obsessed crab will frequently initiate a battle with another crab in the hopes of winning a new shell.

9. Hermit crabs struggle to reproduce once held in captivity

If you’re thinking about buying a couple of hermit crabs in the hopes of getting them to mate and create a family, then maybe it’s time to reconsider. Almost all the hermit crabs you see at pet stores or individuals’ homes were brought from their natural habitat. Once held in captivity, these animals struggle to produce young ones. Even though it is not impossible, it is difficult, rare, and not something you’d want to count on.

10. Hermit crabs belong in the wild

Even though hermit crabs have recently become popular pets, they are wild animals that belong in their natural environment rather than in cages. They were created to travel wide areas in search of food and shelter. These crustaceans prefer to live in large groups rather than in a solitary, cramped place inside a house. They are best admired from afar rather than within the constraints of a small aquarium. 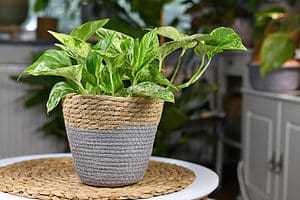