10 Snakes that Stay Small: One Can Curl Up on a Quarter!

Despite what most people believe, snakes almost always mean no harm. Almost all these snakes on our ten snakes that stay small list range in size from little to so tiny that one can curl up on a quarter.

Most of the snakes on this list are burrowers, which means they dig holes in the ground for shelter. A lot of the time, they take over another animal’s burrow to beat the elements and to save energy.

It’s important to know some of the distinguishing features of some of the smallest snakes on the planet. What are the 10 snakes that stay small? We’ve picked out ten of our favorites to discuss in more detail.

The rosy boa is a common pet because of its visual presence and appearance. It can grow up to 3 feet long and in the wild, it hails from the American southwest and Mexico. They are nonvenomous and easy-going, and they come in a variety of stunning colors and patterns based on the habitat that they prefer.

This snake is slow and travels no faster than 1 mph. They hang out in burrows to avoid the hot sun.

Kenyan sand boas come from Eastern and Northern Africa. They grow up to 3 feet in length and weigh about 2 pounds.

Like most of the small snake species on this list, they like to spend their time in burrows they’ve made in the sand. Like most sand boas, the Kenyan sand boas have morphs that are bred only in captivity, usually to obtain stunning patterning and colors.

This snake is a popular pet choice because it’s calm. It’ll try to wiggle away instead of attack, and it is nonvenomous. They eat lizards and rodents predominantly. Like most boas, this snake practices constriction which means it tightens its body around prey until it can’t breathe anymore.

Snakes named ‘hognose snakes’ are found in Madagascar and the Americas. The hognose snake can be considered nonvenomous with regard to humans although it does have toxic saliva. They grow to be about 2 feet long, except for the Madagascar hognose, which grows up to 6 feet.

The Madagascar hognose snake also doesn’t make a great pet, and it’s kind of an evolutionary mimicry in an isolated ecosystem. This resulted in a hognose snake like the one in the Americas.

The scale on their nose that gives them their pig-like appearance is called a rostral scale, and it’s used to dig around looking for prey like toads. It’s also digging around for burrows.

Hognose snakes are kept as pets, like a lot of other members of this list. Even if they do get angry enough to strike, it usually does it with its mouth closed. There are some cool-looking morphs created from selective breeding, like the snow hognose snake.

While the snow hognose snake is usually captive bred, it can be found in the wild about as often as an incidence of albinism can be found.

This slender-bodied snake grows to be about 2 feet long. Even though they have trees in their name, they’re usually in shrubs or on the ground. In nature, they exist on Indonesian islands, in Papua New Guinea and West Papua.

They mostly hang out in trees in the wild, which is important to remember if you’re looking to own one of these little snakes. Their enclosure will need to reflect their arboreal lifestyle. They can live up to 15 years, so they’re a commitment if you decide to start your reptile collection with this snake.

Crown snakes grow to be up to 10 inches long, making them the first of quite a few tiny burrowing snakes on this list. They primarily eat centipedes, though they also dine on insect larvae, spiders, and snails.

These snakes are nonvenomous, and there are a few different varieties of these snakes that generally inhabit the southeastern United States. There are different snakes bearing the common name ‘crown snake throughout the world though, for example, in Australia.

While being nonvenomous, these snakes do have venomous saliva. However, they don’t bite people even when threatened. If the venom somehow made it into a person, it is considered a non-emergency.

The rubber boa hardly ever makes it to 3 feet long. It’s found in the western United States. These snakes can digest food at low temperatures. Most snakes are too sluggish to have a meal at around 60 degrees, but rubber boas manage.

Despite being able to digest at low temperatures, these snakes don’t feed often. They do like to constrict their prey like most boas. Because of their size, the rubber boa is another popular pet choice. They’re nonvenomous.

These snakes are seen basking in the sun, but if conditions aren’t right, they’re hanging out in burrows. There are two types of rubber boas in the United States: the northern rubber boa and the southern rubber boa.

The smooth earth snake is nonvenomous and lives in the eastern part of the United States. They grow to be about 10 inches in length, and as their names imply, the smooth snake is smooth, and the rough snake is rough.

This snake is also a burrowing snake. There may be more of these snakes out there than what is known now, but because they’re so secretive it’s hard to know what their real range is.

The eastern and western worm snakes are nonvenomous. They live in woodlands in the eastern United States. A worm snake only reaches 11 in when fully grown.

It has a fossorial way of living, which means that it spends most of its time underground in burrows. It eats insects and earthworms, and it likes to hang out in forests next to a water source.

Because of their size and the fact they are non-venomous, worm snakes face many predators in the wild such as birds, toads, large lizards, foxes, skunks, and Oppossums. But worm snakes are also harmless to humans, and are becoming a popular choice for pet owners because of their shy nature.

The Malagasy blind snake is critically endangered as its small territory on the northern tip of Madagascar is being developed. Malagasy means native to Madagascar, so this snake is named after where it originated.

It is one of the smallest snakes in the world, and it grows to a maximum of 10 inches long. It has translucent skin through which you can see its organs. Its vision is not good, so it hunts by scent.

They eat termites and ants, and while they’re like other blind snakes on the planet, they’re distinctly different. 65 million years ago, this blind snake diverged from common snake ancestors.

Other blind snakes exist in Madagascar, but this is the rarest and the newest to be discovered.

The Barbados thread snake is the smallest snake in the world, coming in at a mere 4 inches. These snakes look weirdly like earthworms. It is so small that it is often depicted sitting on an American quarter.

It likes to eat insect larvae and termites. They’re only found on a small portion of Barbados, and they compete for food with the invasive flowerpot blind snake.

They’re so small that the mom lays an egg half her size. This snake is new to the snake identification party and wasn’t discovered until 2006 after much of its native habitat had been destroyed.

There are other snake species very similar to the Barbados thread snake found on other Caribbean islands and are all very close but distinct genetically. They’re also slightly larger than the Barbados version.

Summary of 10 Snakes That Stay Small

If snakes are your thing, find out more about them in these informative articles. 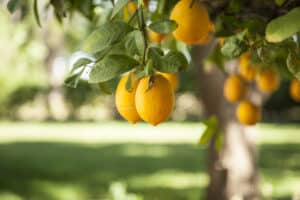