Specially bred to come in a variety of beautiful morphs 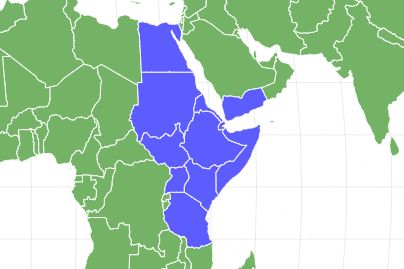 View all of the Kenyan Sand Boa images!

Kenyan sand boas are native to the East Africa coast, living from Tanzania up into Egypt, and across the Red Sea in Yemen. The species has increasingly become a popular pet snake in recent years thanks to its small size and easy-going temperament. With females growing no larger than three feet (most are just a couple of feet long) and males generally about half that length, Kenyan sand boas are also an attractive size compared to many other pet boas.

Another interesting feature of Kenyan sand boas is the number of “morphs” that have been bred in recent years. Breeders have selectively bred traits that give sand boas a rich variety of colors. In the guide below we’ll detail Kenyan sand boas and provide more information on popular morphs if you’re considering owning one as a pet!

The Kenyan sand boa is a reptile that belongs to the Erycinae subfamily and consists of 15 recognized species worldwide. Erycinae are nonvenomous snakes that are usually referred to as “sand boas,” of which the Kenyan sand boa is a member. The sand boa family live in Europe, Asia Minor, Africa, Arabia, central and southwestern Asia, India, Sri Lanka, and western North America.

There isn’t a clear consensus on whether a second species of Kenyan sand boas exist (known as E. c. loveridgei) and is generally smaller and more orange in color. The rubber boa and the rosy boa, two species native to North America, belong to the same subfamily and occupy a similar ecological role.

Sand boas are short, stocky snakes that are characterized by their heavy build, small eyes, and stumped tails. Their scales are smooth to the touch, save for the tail, which is bumpy. They don’t grow very long, with males measuring 15-18 inches in length and females measuring 24-36 inches in length. They can weigh between 700-1,000 grams (up to two pounds) but can be a bit heavier, especially in captivity.

Kenyan sand boas have a distinct coloring that makes them quite easy to identify. They generally have orange or yellow bodies with cream bellies. Their backs are covered in large, splotchy patterns of brown or tan. Through specialized breeding, however, Kenyan sand boas now come in dozens of morphs. Each morph has its own pattern or coloring and can be bred with other individuals to create even more varieties of morphs. For this reason, along with their mild temperament, Kenyan sand boas have become popular pets in recent years.

Where to find the Kenyan Sand Boa

The Kenyan sand boa is native to Northern and Eastern Africa. They are generally found in Egypt, Sudan, Ethiopia, Kenya, Libya, Chad, Niger, Yemen, Tanzania, and Somalia. Breeders often travel to these places to find specimens with specific traits in order to breed interesting and rare morphs.

The Kenyan sand boa is a burrowing snake, and its habitat reflects this. They prefer arid regions like deserts, scrublands, dunes, and savannahs. Their primary requirement for habitat is that the soil is loose enough for them to burrow into. Once burrowed, their colorations help them to blend in well, especially when they “periscope” their heads out of the sand in order to look for food.

Due to their size, Kenyan sand boas don’t have the same housing requirements as other snakes. Just remember that they’re naturally snakes that like to burrow, and need an environment to reflect their natural conditions.

It’s recommended that enclosures for a sand boa are anywhere from 10-gallons to 30-gallons. Males are generally smaller, and a small male could live in a 10-gallon enclosure, but 20-gallons is preferable. Females will be larger and need more space, ideally a 30-gallon terrarium.

Sand isn’t required in their environment, but substrates that allow for burrowing. Dry substrates such as some barks or desert blends can work. Other options are shredded aspen or combinations of sand that are also mixed with soil.

Temperatures should be in the 70s with a warm side of their enclosure at 90 to 95 degrees. Heating pads or ambient lights can be used to give sand boas a higher temperature during the day

In the wild, Kenyan sand boas primarily eat small mammals but will occasionally eat lizards and birds. Since they are smaller snakes, their prey is usually small rodents or lizards that happen to get too close. When they are babies, they will occasionally eat insects or search out mice burrows in order to eat the young. In captivity, Kenyan sand boas mostly eat pinky mice. As they grow larger, they can be fed fuzzies, but the mice should never be larger than your snake is wide at their mid-body.

Kenyan sand boas hunt by waiting in the sand where prey is likely to venture. Half buried, they lay in wait until an unsuspecting lizard or rodent walks past. With a quick strike, they grab their prey and slowly tighten its grip until it can’t breathe. This method of killing is known as constriction and is common among snakes.

The primary predators for Kenyan sand boas are birds of prey and large monitor lizards. Since they aren’t venomous, large animals don’t have to worry about getting bit while preying on them. Still, since Kenyan sand boas spend so much time hiding in the sand, predation doesn’t happen as often as it does of many other small reptiles.

Kenyan sand boas come in a variety of morphs. A morph is simply a particular trait that breeders select for and sell. Some morphs are rarer than others and result in astounding displays of colors or patterns. Morphs do happen in the wild and are usually the basis for other, rarer morphs. Still, many specific morphs available today can only be found in captivity.

Some of the most common Kenyan sand boa morphs:

The Kenyan sand boa is known to have an incredibly mild temperament. With how beautiful they can be and how easily they are handled, sand boas make for some of the best pet snakes. Sand boas aren’t dangerous to humans at all (they aren’t venomous), and even if they did happen to strike, it’s unlikely to break the skin.

When handled with proper support and technique, they are unlikely to strike and make for a gently, docile snake that looks beautiful in any display tank.

A few notes for handling a Kenyan sand boa:

Kenyan Sand Boa: Can you keep them as pets?

Yes, you can keep Kenyan sand boas as pets. They make for wonderful pets and are docile, easy to care for, and come in a variety of color morphs. They do eat mice, however, so anyone squeamish might consider a snake that only eats insects.

No, Kenyan sand boas aren’t venomous or dangerous to humans at all.

Can you keep Kenyan sand boas as pets?

Yes, you can keep Kenyan sand boas as pets.

What are Kenyan sand boa morphs?

A Kenyan sand boa morph is a certain color or pattern trait that breeders have identified and named.

Where can I get a Kenyan sand boa?

You can get Kenyan sand boas from online reptile traders and specialty reptile stores.

What do I feed my Kenyan sand boa?

Where do Kenyan sand boas live?

Kenyan sand boas live in the deserts and scrublands of northern and eastern Africa.

How much do Kenyan sand boas cost?

A typical Kenyan sand boa can cost as little as $80. Rarer morphs and special genetic lines can cost upwards of $900.

How do Kenyan sand boas have babies?

Kenyan sand boas have live babies developed in eggs in their mother’s bodies, a trait known as ovoviviparous reproduction.