8 Sharks Near Delaware’s Coast and Beaches

Sharks, including those near Delaware’s coast and beaches, live in all the world’s oceans. Whether it’s the frigid North Atlantic or the tropical waters of the Gulf of Mexico, sharks are masters of the ocean. You’re not likely to see a whale shark, or a tiger shark, off the coast of Delaware. But, there are a few species that frequent the coast and beaches of this northeastern state.

Join us as we learn more about eight sharks near Delaware’s coast and beaches. Some of them are common, while others rarely make their way into the state’s waters. We’ll discover what each species looks like, what they eat, and whether or not they’re at risk of extinction. By the end, you’ll be an expert on the most common sharks in Delaware waters.

Read on to learn more about the fascinating fish of Delaware!

These sharks near Delaware’s coast and beaches grow up to 13 feet long and may live for 30 years. Mako sharks are some of the fastest fish in the ocean; they hunt large fish like tuna, bluefish, swordfish, and other sharks. They’ve also been observed hunting seals and sea lions. Mako sharks never stay in one place for too long; they spend most of their time swimming from New England to the Gulf of Mexico and beyond.

Smooth dogfish might be the most harmless sharks near Delaware’s coast and beaches. These non-aggressive sharks top out around four feet long and eat only hard-shelled mollusks and crustaceans. They’re not considered dangerous to humans and lack even the terror-striking teeth of other sharks, like the tiger shark. Instead of sharp, fish-catching teeth, smooth dogfish have rough, grinding teeth designed for breaking up tough prey. Their teeth are closer to those of stingrays and other rays than they are to predatory sharks.

Sand tiger sharks near Delaware’s coast and beaches grow to between 6.5-10.5 feet long. They can weigh over 300 pounds and have long, narrow teeth that jut out of their mouths. They’re currently listed as Vulnerable to extinction, though they rarely attack humans. These sharks stick close to shore and are often seen by beach goers. Unlike any other shark, sand tiger sharks hold air in their stomachs in order to float along as they hunt. They eat squid, crustaceans, and small fish.

Closely related to the smooth dogfish, the spiny dogfish is one of the most common sharks near Delaware’s coast and beaches. These sharks grow up to four feet long and present no danger to humans. They eat squid, small fish, jellyfish, and crustaceans.

These sharks grow up to six feet long and may weigh up to 150 pounds. Sandbar sharks are highly migratory and very rarely attack humans. They have long, pointed snouts and large fins. Sandbar sharks eat mostly small fish, crustaceans, mollusks, eels, rays, octopus, crabs, and other creatures they find on the ocean floor.

With their square noses and pale bellies, these sharks near Delaware’s coast and beaches have a fearsome appearance. They’re one of the more common sharks along the coast; they can be found in shallow coastal waters all over the world. Dusky sharks grow up to 14 feet long, but present little threat to humans. Attacks are rare. These sharks eat bony fish as well as octopus, squid, and crustaceans.

One of the rarer sharks near Delaware’s coast and beaches, thresher sharks are known for their remarkably long tail fins. These sharks can grow up to 20 feet long. But, despite their great size, they’ve been responsible for very few attacks on humans. Thresher sharks are apex predators who use their long tails to thrash schools of fish before eating them. They’re also known as fox sharks, sea sharks, whiptails, and swingletails.

A rare but not unheard of visitor to the state, great white sharks near Delaware’s coast and beaches can be cause for alarm. However, Delaware has been home to only five recorded shark attacks. Great white sharks grow up to 18 feet long (though some have been reported as being even bigger) and may weigh nearly two thousand pounds. They eat seals, sea lions, sea turtles, and large bony fish. 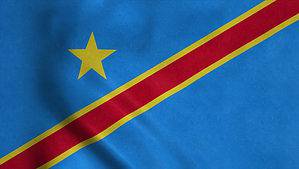