Lukasz Machowczyk/Shutterstock.com
Share this post on:
More Great Content:
Dugong vs Manatee: 9 Key Differences Explained
Manatee Vs Walrus: What Are the Differences?
What Do Manatees Eat? 9 Foods In…
Are Manatees Dangerous?
See A Gigantic Manatee Peacefully Swim Under…
How Old Is the Oldest Manatee Ever?

Baby manatees are some of the most amazing aquatic mammals in the world. Did you know that they belong to an exclusive club of only three other mammals for their teeth? Keep reading to learn five astounding facts about the baby sea cow!

Did you know that baby manatees aren’t the only animals called calves? In fact, many other mammals share the name such as elephants, camels, elk, and even baby cows! A group of manatee calves with their families is called an aggregation. A single aggregation never consists of more than six manatees at a time.

It’s no secret that most baby mammals lose their first set of teeth, called baby teeth or milk teeth, to make room for their adult chompers. Baby manatees, however, are one of one only three mammals that lose their teeth multiple times throughout their lives to grow new ones! This means that manatees are polyphyodonts.

Manatee calves, kangaroos, and elephants are the only mammalian polyphyodonts on the planet. This means that a new set of teeth is constantly growing just behind the current set. When it’s time for a new set to emerge, the old teeth are pushed forward, and eventually fall out, to make room, in a conveyor-belt style process.

What’s even more interesting about manatee calves’ teeth is that they have no “biting” teeth. This means that they are missing teeth that some other mammals have, such as canines and bicuspids. Instead, all of their teeth are molars, which are made for grinding the aquatic plants they eat. Their teeth move forward about a centimeter each month to sprout new ones at the back.

Chances are, when you think of the word “baby”, you imagine a tiny, adorable creature. However, manatees aren’t called “sea cows” for nothing! A baby manatee is born weighing an astounding 60+ pounds at birth.

Because of their size as newborns, female manatees typically only give birth to one calf at a time; twin manatee calves are rare. Manatee calves are born underwater after gestating in their mothers’ wombs for about 12-14 months on average. Then, they stick close to their mothers for around their first two years of life. Female manatees only care for one calf at a time, so they reproduce only once every two to five years.

Due to their long gestation period, manatee calves aren’t completely helpless at birth. In fact, they can swim to the surface of the water and make sounds quickly after entering the world. Even though adult manatees always travel in a single-file line, mothers and calves swim side-by-side.

Manatee calves make their homes in slow-moving rivers, estuaries, canals, and on coasts. Since they spend so much of their time underwater, it might come as a surprise that they can’t breathe underwater. They lack the gills necessary to extract oxygen from the water, so they must come to the surface for air.

Baby manatees nurse underwater from flaps beside their mothers’ flippers. You might be wondering how in the world a baby manatee nurses without being able to breathe. Luckily, the young mammals can hold their breath for up to twenty minutes before coming up for air. When they’re not nursing, manatee calves come to the surface for air once every few minutes.

Since manatees can’t sleep underwater, they have a modified form of sleep to avoid drowning. This means that a manatee is never truly “asleep”. Instead, they rely on two great adaptations to rest. Like other marine mammals sleeping habits, half of the manatee brain rests while the other half stays alert. This is unlike humans where we able to rest our entire brain all at once. This action helps manatees protect themselves from predators and allows them to breathe. In addition to that, manatees will turn over on their backs or even upside down while they sleep. They then will expand chests and lungs to slowly float to the surface in order to breathe. It becomes a super slow motion bobbing in the water all to allow baby manatees and adult manatees to “sleep”!

Baby manatees are sea mammals, just like whales, seals, and walruses. Consequently, many people think that they are related. However, the a baby manatee is actually more closely related to the elephant than any other sea mammal. Who knew?

Visually, manatee calves have several similarities with their elephant cousins. For example, their gray, leathery skin is almost identical. They also share the prickly, thin hair on their body with the land giants. However, the more profound similarities are found in their ancestry.

Manatees did not evolve from elephants. Instead, they share a common ancestor: Tethytheria. Tethytheria were rodent-like, hoofed mammals that lived in the Cenozoic age with wooly mammoths, saber-toothed tigers, and early primates. Some Tethytheria species evolved to live on land, making today’s elephants. Those that evolved to survive in the water made today’s manatee calves.

What are baby manatees called?

Baby manatees are called calves. They share this childhood name with cows, hippos, and moose. A group of baby manatees with their parents is called an aggregation and never exceeds six manatees.

How much do baby manatees weigh?

Baby manatees are giant babies, weighing in at over 60 pounds as newborns! When they are adults, they can weigh over 900 pounds!

What do baby manatees eat?

Baby manatees drink their mother’s milk for the first one to two years of their lives. However, they start nibbling on vegetation at around two or three weeks old. Once weaned, they enjoy a diet of algae and other aquatic vegetation. They are almost exclusively herbivorous and only rarely eat meat.

Where do baby manatees live?

Manatee calves live in slow-moving rivers, estuaries, and along coastlines. They are migratory animals, and can be found mostly on the coast of Florida in the winter months. 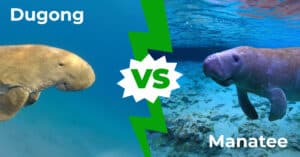 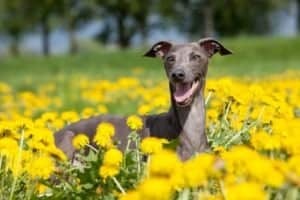 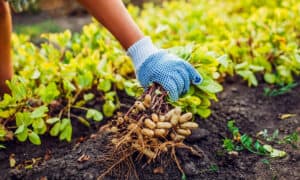 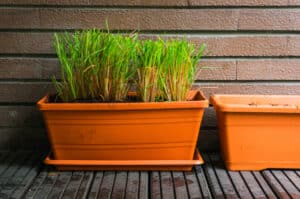