Crows and ravens are often confused with each other. In a comparison, there are enough similarities in physical features and terminology to believe that these birds are, in fact, the same. However, when you take a closer look at raven vs crow, there are key differences in their behavior and specific body parts which you can only recognize through observation even from a distance. Each bird also inhabits different areas and has its own symbolism in various mythologies.

They are in fact two different species of the genus Corvus, making them both corvids. Although the comparison is generally true between all crows vs ravens, for the sake of simplicity, the differences will be mainly between the common raven and the American crow.

Let’s make an in-depth comparison of raven vs crow below!

The 5 Key Differences Between Raven vs Crow

Raven’s are generally larger than crows. They are longer and weigh more. Raven’s also have a greater wingspan than crows. When in flight, their necks will appear longer. Not only are their necks longer, but raven vs crow also will tend to fluff their feathers into a main whereas a crow will not. Raven tails are also different than crows and can be seen clearly when in flight.

Ravens have pointed wings and wedge shaped tails. However, crows will have a splayed wingspan and fan-shaped tails.

Crows are highly intelligent creatures and are known to devise ways of getting food and surviving in city or urban environments. In fact, researchers found that for certain water displacement tasks, crows perform as well as 7 to 10 year old humans. Crows can also form special relationships with humans who feed them regularly. For example. crows have been known to bring shiny gifts in exchange for food from people.

As mentioned before, ravens and crows are both symbolic and even sacred to many cultures. Crows are thought to represent change and transformation, specifically emotionally and spiritually. On the other hand, ravens can be perceived as bad omens but are also believed to be all-knowing, possibly relating to healing and longevity.

Symbolism in Raven vs Crow

In the symbolism of crow vs. raven, the British/Irish culture often portrays the crow as a symbol of death or war. For example, in a classic folk song written by British songwriter Sydney Carter called The Crow on the Cradle, he utilizes the crow as a character to prophecy of the impending doom of war, as demonstrated in the following two verses:

Your mother and father, they’ll sweat and they’ll save;
To build you a coffin and dig you a grave.
Hushabye, little one, never you weep?
For we’ve got a toy that will put you to sleep,
Sang the crow on the cradle.”

Ravens are often set up as deities and also used as omens. The most famous example of the raven being used in more modern literature is in the poem by Edgar Allen Poe The Raven. The raven character is a talking bird that only says the word “nevermore” to the narrator, who quizzes the bird on whether or not he’ll be reunited with his lost love. He takes the raven’s responses as a dark foretelling that he will be eternally separated.

Ravens and crows are some common birds that can easily get mistaken for other black birds. Here are some helpful articles for better understanding these birds:

Are Ravens as smart as crows?

Ravens do as well as crows on intelligence tests. Birds in the genus Corvus are some of the most intelligent birds in the world, second only to the parrot.

How big is a raven compared to a crow?

What are 3 crows called?

Are Ravens louder than crows?

No, crows are louder than ravens.

What Do Tapeworms Eat? 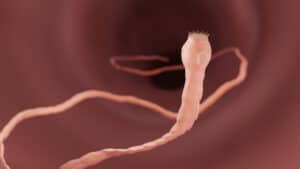