Discover the Official Wettest Place in the United States

Rain is an essential component of Earth’s water cycle, necessary for all life on the planet. Rainfall is the primary means by which water from the heavens falls to Earth, replenishing reservoirs, lakes, rivers, and other water sources while also providing the moisture that plants and animals require.

Water is a renewable resource having no beginning or end, which is good news for everyone: an endless water cycle. The amount of precipitation varies greatly around the world, ranging from less than 0.1 inch per year in the deserts to more than 900 inches per year in the tropics.

With no rain in 14 years, Iquique, Chile, is one of the driest places on Earth. But what is the wettest place in the United States and what wonders does this place bring? In this article, we will dive deep into the US’ wettest place and other interesting facts.

What is the Wettest Place in the United States?

According to data collected by the Western Regional Climate Center, the wettest place in the United States is Mt. Waialeale, Hawaii. The Hawaiian mountain range receives approximately 460 inches (11,684 millimeters) of precipitation each year, but from July 1947 to July 1948, Mt. Waialeale received over 642 inches of rain!

What and Where is Mount Waialeale?

The majestic Mt. Wai’ale’ale sleepily rests in the picturesque background behind Kukui’ula, Hawaii, and this towering green mountain range is generally shrouded in wispy rain clouds. Waialeale means “rippling water” or “overflowing water,” and if you get a chance to visit this isolated place on Kauai, you’ll get a sense of what it means. There are numerous misty waterfalls throughout the tiny mountain crevices and sculpted gorges. They plummet for hundreds of feet before plunging into the freshwater pool below.

You’ve always imagined lush greenery, roaring waterfalls, and moisture-drenched blooms as the perfect background for everything from love proposals to hiking expeditions. Now that you’ve arrived in Kauai, you’re ready to live your dream at Mount Waialeale, the wettest and one of the most beautiful places in the US.

Legend has it that native Hawaiians climbed to the summit to make offerings to the Hawaiian god, Kane. Even if reaching the water-logged spot looks practically impossible, the remains of a heiau (place of worship made from rocks) at the summit prove that some form of ancient activity took place here.

You might not expect a tropical paradise like Hawaii, where many Americans flock to escape bad weather back home, to win any rainfall awards. Mount Waialeale is widely referred to as the wettest place in the United States, with an average annual rainfall of roughly 460 inches and a record high of 683 inches in 1982. When you compare that to Honolulu’s yearly precipitation of 18 inches and Lihue’s annual precipitation of 39 inches, you can see the difference. In the September issue of Canadian Geographic Travel, Mount Waialeale on the Hawaiian island of Kaua’i was featured for receiving 1,000 cm of annual rain, making it the world’s second wettest spot. Its name directly translates to “overflowing water.”

All of this water also feeds four rivers: the Waimea, Hanapp, Makaweli, and Wailua, which help to make Kauai the only Hawaiian island with navigable rivers. So, while you’re out with your family on a delightful Wailua River kayaking trip to Kamokila Village or Fern Grotto, remember Mount Waialeale — and send it some appreciation.

Why is Mount Waialeale So Wet?

Like most of the mountains in Hawaii, Mount Waialeale began its life as a volcano. Even though it has been dormant for years, the volcanic shield and cliffs built by earlier activity now operate as trapping for the rainfall-laden trade winds flowing in from the Pacific Ocean. The location of Mount Waialeale in the Hawaiian islands contributes to its wet nature. As the chain’s northernmost large Hawaiian island, Kauai is more vulnerable to winter rains and front winds than the other islands. Formed by the mountain’s shape and height, the trade wind inversion layer prevents trade winds from ascending and fleeing before rain can fall. Meanwhile, the cliffs enable hot, humid air to rise swiftly, resulting in a condensation and rain cycle concentrated in a narrow area.

What this means for you: a spectacular show of crashing waterfalls and lush vegetation that provides for great photos and a damp, back-to-nature vibe found nowhere else on Earth.

How Does Rainfall Impact the Ecological Health Around Mt. Waialeale?

Rain is one of the few weather occurrences that elicits a love-hate emotion. On the one hand, it ruins good hair days and puts a damper on picnic plans. On the other hand, it is necessary for agriculture and the health of our environment. Many factors influence how much rain a location receives each year. The damp surroundings of Mount Waialeale are partially owing to the mountain’s circular shape and partly due to the island’s vulnerable position. However, while rain is generally beneficial, there is such a thing as too much of a good thing. The peak of Mount Waialeale is startlingly devoid of plants and trees, as few species can withstand the torrential rain. The lack of sunlight caused by near-constant rainclouds adds to the problem.

On a lighter note, the Alakai Wilderness Preserve, a massive swampy area with many rare plants, is the result of the area’s abundant rainfall. This mountain inspired the names of numerous rare indigenous plant species, including Astelia Waialeale, Melicope Waialeale, and the endemic Dubautia Waialeale.

Can You Visit Mount Waialeale?

Mt. Waialeale is only accessible by helicopter because hiking into the magnificent cavern at the summit is typically considered an expert-level hike.

The high rainfall levels on Mount Waialeale bring out the best of Kauai’s natural splendor. A combination of luck and strategy is required to see the summit. If you wish to try it, get up early before the midday clouds roll in and trek to Pu’u O Kila Lookout in Waimea Canyon, reaching northward from the peak. Hiking the 8-mile Alakai Swamp Trail in Koke’e State Park, where you may see views of the mountain halfway through your trip, is another alternative for experienced hikers. 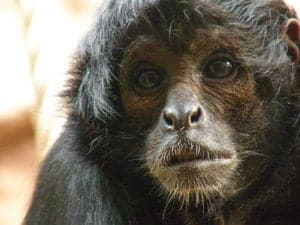 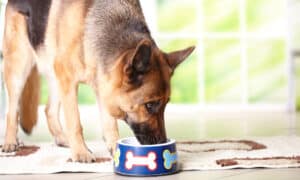 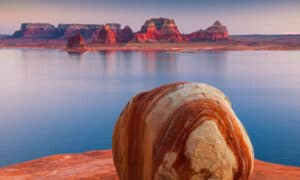 How Deep is Lake Havasu? 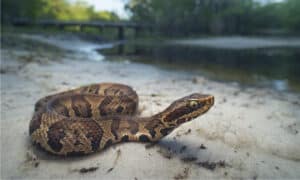 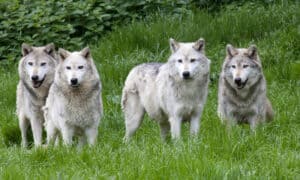