Discover The Snake As Big As A School Bus, The Largest Ever

Daniel Eskridge/Shutterstock.com
Share this post on:
More Great Content:
A Gigantic Grizzly Casually Sits Next To…
How Deep is the Ohio River?
The 7 Most Aggressive Sharks in the…
The Largest Bald Eagle Nest Ever Found
Are There Sharks in the Mississippi River?
The 4 Most Dangerous Spiders in Texas…

You must have heard of some pretty big snakes in the world. If you’ve watched the anaconda movie series, you have an idea of how huge snakes can become. You might be wondering if there was ever a snake more giant than the anaconda. The answer to that is yes.

The scientific name of the Titanoboa is Titanoboa cerrejonensis. “Titanoboa” combines the Greek word “titan” and Boa, a genus name for the family Boidae. The species name originated from Cerrejon, referring to the coal mine in northern Columbia.

Based on the fossils found, we can compare the appearance with that of the snakes in the Boidae family. Scientists believe that in the hot, humid jungle, the Titanoboa had brown coloring on its body. The color helped it blend in the muddy waters of its habitat and hunt prey with ease. It is also believed that the snake had scales on its body.

According to recent fossil discoveries, the estimated length of the Titanoboa is between 40 to 45 feet, averaging the length of a school bus. This prehistoric snake weighs over 1.25 tonnes, four times the weight of a green anaconda. Studies predict that the female Titanoboa was more prominent than its male counterpart. Scientists believe that at its thickest, the Titanoboa can be about 3 feet wide, longer than the arm of a human.

Due to the location of the fossil, there is a belief that Titanoboas loved to live in warm climates. The animal most likely spent the majority of its time in the water. The weight of the Titanoboa would have made hunting on land very difficult.

If you look at the other animals found in the paleocene era, Titanoboa likely fed on prehistoric crocodiles. It is also possible that they fed on turtles, although they would have found it challenging to eat the giant freshwater turtles. This mode of feeding suggests that the Titanoboa was carnivorous.

Recent findings have shown that the diet of this snake might have consisted of only fish. A study of recent fossil skulls shows adaptations to a piscivorous diet. A diet consisting of only fish is a unique characteristic that sets the Titanoboa apart from the members of the Boidae family.

Titanoboa likely spent most of its time in the aquatic terrain. Hunting in the water would have made it a very dangerous predator. Bodyweight doesn’t mean anything when an animal is in the water. The buoyancy of the water can counter the effects of gravity on the body.

The Titanoboa is a new scientific discovery. In 2002, a student visited the Cerrejon coal mine in Columbia and uncovered a fossilized leaf. Further study of the leaf suggested that the leaf belonged to the paleocene era. It was then believed that the mine might have been a rainforest once.

In 2009, Jason Head and his team of North American scientists did further digging in the mine. The digging uncovered incredible specimens, one of which was the fossilized vertebrae of a serpent. The vertebrae were too big for any jungle reptile currently on record. Jason Head and his team discovered the fossil of the Titanoboa in the La Guajira coal mines of Colombia.

Since discovering the Titanoboa fossil, about 28 fossil remains of other serpents and three skull fragments have been found. These findings have enabled the scientists to assemble a replica of the giant reptile.

Threats and Predators of The Titanoboa

The Titanoboa was the largest predator alive in its era. You might be wondering what type of animal could prey on this snake. Scientists believe that any natural enemy of the Titanoboa preyed on its juvenile and eggs. The paleocene era was home to prehistoric fish, turtles, and crocodiles. Any of these animals could have hunted the young of the Titanoboa.

When Did The Titanoboa Go Extinct and Why?

Change in habitat was also predicted to have caused the extinction of the Titanoboa. A temperature rise caused the disappearance of rainforests and the emergence of grasslands. Since the Titanoboa lost its habitat, it disappeared, and smaller reptiles took their place in the ecosystem.

How Did The Titanoboa Kill Its Prey?

Snakes will eat anything they can catch. Titanoboa belongs to a family of constrictors. Constrictors do not have venom to paralyze their prey. They make use of their muscle mass to kill their prey. Constrictors have rows of teeth to hold the prey in place and retractable jaws to swallow the prey whole.

The teeth of the constrictor would have to be curved like hooks so the prey can’t escape from the snake’s jaw. From the fossilized skull found, it is speculated the Titanoboa had rows of curved teeth in the mouth. It would have used the curved teeth to latch on to its prey. In turn, the head of the Titanoboa would have been able to get a secure hold on the prey.

The body of the Titanoboa is made of muscle. A medium-sized Titanoboa would have been able to inflict pressure on the lungs of its prey with little effort.

Why Did The Titanoboa Grow So Big?

Reptiles are cold-blooded animals. They depend on external heat sources to fuel their body. Reptiles function at peak conditions when the weather is hot, and they are sluggish when it is cold. They will grow by the temperature of the climate available to them.

Body functions like digestion would have been more efficient if the temperature at that time were warmer. The Titanoboa would have been able to dedicate all the extra energy to other areas like growing a larger body.

Paleontologists discovered different types of fossils in the Cerrejon region in Columbia. You can only make estimations about the Titanoboa distribution. They could have been more widespread than the researchers discovered. Skeletons need perfect conditions to fossilize. Only time will tell if more information on the distribution of the Titanoboa will be discovered.

Similar Animals To The Titanoboa

Similar animals to the Titanoboa include

Gigantophis(Gigantophis gartstini) was an extinct snake species measuring about 11 meters.  It was the biggest snake ever recorded before the discovery of the Titanoboa.

Green Anacondas are giant snakes found in the swamps of South America. They strangle their prey with their muscular bodies before swallowing it whole.

Reticulated pythons are one of the largest snakes in the world. They weigh about 320 pounds and measure up to 20 feet. You can find the reticulated python in southern and southeast Asia.

Boa constrictors are giant, non-venomous snakes native to tropical South America. Their diet consists of a variety of mammals, reptiles, and amphibians. 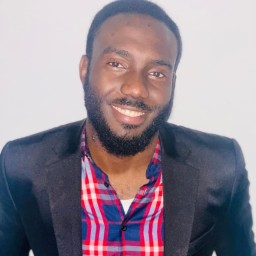 I'm Balogun Isaac Omeiza, a freelance Content writer with five years of experience. I'm a graduate of biochemistry from Obafemi Awolowo University, Nigeria. Over the course of my five journey as a content writer, I've gained expertise in writing on a variety of topics and niches. But, I love animals, and I especially enjoy writing about them. I love dogs, monkeys, and parrots. They are very interactive and make for great pets.

When Was The Titanoboa Alive?

The Titanoboa was alive in the Paleocene era, about 60 million years ago.

How Big Was The Titanoboa

The Titanoboa was the largest animal alive in the Paleocene era. It measured up to 45 meters, the size of a school bus. It also weighed more than 2500 pounds.

Can the Titanoboa Return?

As temperature rises on Earth, there is a probability something like the Titanoboa could return. There have been reports of modern snakes growing to 30 feet in length. However, the possibility of the Titanoboa returning will not happen anytime soon because it takes a long time for a new species to develop.