How Deep Is Lake Tahoe?

Straddling the state line of California and its neighboring state of Nevada, Lake Tahoe is a popular tourist attraction for residents and visitors from both states throughout the year. The beautiful blue lake is an enormous freshwater Great Lake known for its clear water and the scenery of surrounding mountains.

The Lake Tahoe Basin is captivating for a variety of reasons. The lake and its scenic environs provide many winter sports and summer outdoor recreation opportunities. But the real question is: how deep is Lake Tahoe? In this article, we shall be taking a look at the answer and examine interesting facts about this intriguing Great Lake.

Where Is Lake Tahoe?

The beautiful blue Lake Tahoe is a large freshwater lake in the Sierra Nevada of the United States, and it is the largest alpine lake in North America. Covering a surface area of 191 square miles, it straddles the state line between the states of California and Nevada in the United States of America. Nearly two-thirds of the shoreline of the lake is in California. However, the south shore is dominated by South Lake Tahoe, the lake’s largest city, which adjoins Stateline town in Nevada.

Meanwhile, Tahoe City in California is located on the northwest shore of Lake Tahoe. Many important parts of the lake’s shoreline –about 75%  lie within surrounding state parks and are protected by the United States Forest Service. At the same time, highways run within sight of the lake shore for much of its perimeter. The area surrounding the lake is also called Lake Tahoe or simply ‘Tahoe.’

How was Lake Tahoe Formed?

Lake Tahoe is believed to have been formed about two million years ago as part of the Lake Tahoe Basin. This lake is older than most other lakes worldwide and is one of the oldest lakes. Much of its current expanse was formed during the ice ages. The Lake Tahoe Basin was formed by vertical motion faulting –fractures in the Earth’s crust. It all began when a fault line on the continental and oceanic plates dropped like a freefall, creating the Carson Mountain ranges on the east and the main Sierra Nevada crest on the west. The Lake Tahoe Basin in between was also created. Numerous tectonic destructions took place when the glaciers scoured out the basin. Afterward, a volcano erupted, creating a natural dam to form what is now called Lake Tahoe.

How Much Water is in Lake Tahoe?

Lake Tahoe has a total capacity of 39 trillion gallons of water. To put this in context, this is enough water to cover the state of California to a depth of 14 inches. In fact, If you drain Lake Tahoe, it would take around 700 years to fill back up again! With a water volume of 36 cubic miles, the lake trails behind the five Great Lakes in the United States, when that criterion is taken into account, making Tahoe the sixth largest lake by volume in the USA.

How Does Water Flow In and Out of Lake Tahoe?

Lake Tahoe is fed by 63 tributaries draining an area about the same size as the lake. But the lake’s only primary outlet is the Truckee River, flowing northeast through Reno, Nevada, and into Pyramid Lake. This accounts for nearly one-third of the water that flows out of the lake; the rest is lost by evaporation from the lake’s massive surface. Unlike most water bodies in North America, Lake Tahoe’s water never flows into any ocean. The Lake Tahoe Dam controls the Truckee River outflow and the lake’s height at the outlet.

How Deep is Lake Tahoe?

Lake Tahoe has a maximum recorded depth of 1,645 ft (501 m), making it the second-deepest lake in the United States. If you find that hard to imagine, Lake Tahoe’s depth exceeds the height of the Empire State Building! The deepest points of Lake Tahoe are at Rubicon Point (measuring 1,645 ft) and Crystal Bay at 1,637 ft (499m).

Lake Baikal in Siberia is the deepest lake in the world, with a depth of 5,400 feet (1,637 m). It is not only the deepest but also the largest and oldest of all lakes in the world at 25 million years old. Lake Baikal is Earth’s biggest freshwater lake, containing more than 20% of all surface freshwater on the planet. Though Lake Tahoe is not the largest, deepest, or oldest lake, it has earned itself the title “Jewel of the Sierra” for being one of the cleanest and most beautiful freshwater lakes in the world.

According to the Tahoe Fund, the water in Lake Tahoe is 99.994% pure and is considered one of the purest big lakes in the world.

How Wide is Lake Tahoe? 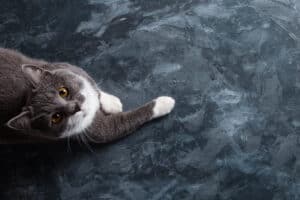