The Appalachian Mountains of the eastern United States are among the most beautiful and biodiverse places in North America. This mountain range is the birthplace of Americana culture, the home of some truly fascinating wildlife and interesting history that goes back billions (yes, billions) of years. Today, we are going to be exploring a bit about the Appalachians, particularly their age! Let’s discover how old the Appalachian Mountains are?

The Appalachian Mountains are 480 million years old and were formed during the Ordovician Period, but there’s a lot more to the story.

The Appalachian Mountains were formed during the Ordovician Period, roughly 480 million years ago, but that isn’t the whole story. Although the modern Appalachians were formed almost half a billion years ago, the process has likely been longer. In fact, the region where the current mountains sit has been through a few cycles of mountain building, each lasting between 300-500 million years! The initial growth of the mountain range (the first cycle where they were formed) likely began over 1 billion years ago when North and South America fused together for the first time. Additionally, the rocks that make up the mountains formed around 1.2 billion years ago. So, asking “how old are the Appalachians” is a bit of a tough one! This is a snippet from Steve Kite, a geology professor at West Virginia University, as he explains (in a Public Broadcasting interview) the cycles of growth and erosion in regards to the Appalachians through time.

How did the Appalachian Mountains form?

There are a few ways that mountain ranges form, and the Appalachians are a strange mixture of a few of them! Most people understand that tectonic plates pressing against one another can lift the earth’s crust, forming mountain ranges, but that isn’t the only way.

Scientists are a bit confused as to how the modern Appalachians (the most recent building period) even began. Some even think that it’s the result of the geologic activity on the west coast near the Rockies! If there is a ton of activity deep under the earth on one side of the country, it could easily affect the other. Regardless, the current period for the Appalachians likely began around 20 million years ago when the current topography we see began to settle.

The initial mountains were clearly formed when the North American plate began to press up against the African plate. Since then, however, the mountains were worn down to a flat plain region and were brought back up during the Cenozoic Era. It’s this most recent “growth” that is most puzzling to geologists.

How tall did the Appalachians use to be?

When a mountain range is initially formed, it is usually at its tallest. As time moves on, however, erosion takes its toll on the peaks. Slowly, but surely, even the tallest mountains begin to give up their rock into water and wind.

At their tallest point, the Appalachians were likely as tall as the modern-day Rocky Mountain or the Alps. Over millions of years, however, they were weathered down to a flat plain.

Are the Appalachian Mountains still “growing”?

Although the Appalachians eroded to a nearly flat plain hundreds of millions of years ago, they have since been reborn into the topography that we see today. Incredibly, this ancient mountain range had a growth spurt called an “uplift,” during the Cenozoic Era. Uplifts are most likely caused by the hot mantle pressing up against the crust of the earth. The uplift of the Appalachians happened recently, but geologists aren’t sure if the region is still experiencing growth.

What is the oldest mountain range in the world?

The Makhonjwa Mountains in southern Africa are likely the oldest mountain range in the world.

Talking about the oldest mountains can be a bit hard, but most geologists would say that the Makhonjwa Mountains are some of the oldest in the world. The rocks within this range are dated to around 3.6 billion years ago, making them among the oldest in the world. Other rocks, namely those in northern Canada and Greenland, contain the rocks of ancient mountain ranges that aren’t currently standing. These rocks can be dated up to 4 billion years old and were likely part of very ancient mountain ranges. 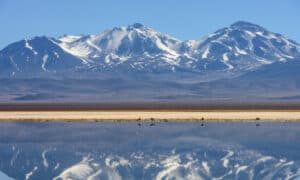 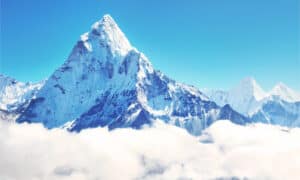 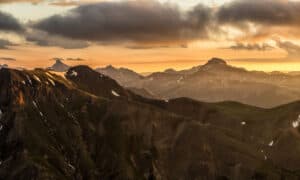 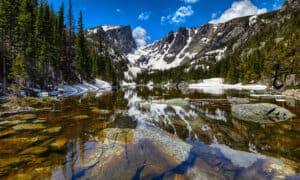 How Were the Rocky Mountains Formed?