The Appalachian Mountains are among the major mountain chains in North America. Within this range are some of the region’s best national parks, diverse wildlife, and some of the best trails in the world. Although many people don’t know it, this region is also home to a lot of snakes!

Despite it not being commonly known, the Appalachian Mountains have some of the most diverse reptile life in the United States. The region is renowned for its salamander populations, but snakes seem to be regularly overlooked. Within the range are many species of snake, some dangerous and some (most) harmless. The mountains extend from Georgia to Maine, nearly all of the east coast.

Today, we will look at some of the most common snakes you may encounter if visiting the mountains, although there could be a few other species. Let’s get started!

Venomous snakes in the Appalachian Mountains

Copperheads are copper-colored, have golden eyes, and triangular heads. Additionally, the pattern across their back resembles an hourglass shape, with the thin portion lying on their spines and the larger reservoirs lying along their sides. This banding pattern repeats down their backs. Copperhead can be found on rock shelves and along woodland floors.

Water moccasins (cottonmouths) aren’t common residents along the Appalachian Mountains. They are generally found in swampy wetlands and lowlands. Their range slightly intersects with the Appalachian Mountains in Georgia (the most southern section of the mountains), but other states are unlikely to have these snakes living along the range. Still, water moccasins are large, venomous snakes that are related to copperheads and rattlesnakes.

Cottonmouths get their name from their white mouths, which they often flash as a warning to predators. They don’t have rattles but are thick and stocky like a rattlesnake. Additionally, they are dark brown and have a dark banding pattern (that’s occasionally washed out) heading down their backs.

Nonvenomous snakes in the Appalachian Mountains

Among the most common snakes, even if they aren’t always visible, are ringneck snakes. Ringneck snakes are small, harmless snakes that spend most of their time hiding under rocks in damp areas. They are extremely prevalent across the Appalachians, although a little rock-flipping is needed to see them since they rarely venture out. These snakes are nonvenomous and are quite cute.

Ringneck snakes are usually black or gray and have bright orange, red, or yellow bellies. Additionally, they have a ring around their necks that is the same color as their belly, giving them their name.

There are a few species of rat snake across the United States, with the gray and black rat snake being the most common along the Appalachian Range. These common snakes get their names from their habit of eating small mammals (namely rats and mice), and they can be found pretty much anywhere in North America. They do get quite long, but they are nonvenomous and can’t harm a human.

The black rat snake is usually a dark black color with a cream belly, with some of its scales being ringed in pale white. The gray ratsnake has a gray or light brown body with squarish brown splotches running down its back.

Garter snakes are probably the most commonly seen snakes in the eastern United States. There are dozens of unique subspecies, with the common garter snake being the most common. These snakes aren’t dangerous and live almost everywhere, including most of the Appalachian Range.

The best way to identify garter snakes is by their stripe pattern. They can come in base colors of brown, tan, black, or gray, but they will always have three stripes running vertically from head to tail. The stripes are usually yellow or white, with one along the spine and the other two along the sides.

Eastern hognose snakes aren’t well-known snakes, although they are prevalent across much of the eastern United States. They are technically venomous, but their venom isn’t powerful enough to harm a human. Their primary mode of defense is to roll over and emit a foul smell, hoping to convince a predator they are dead.

Hognose snakes are shorter, stocky snakes that get their name from their shove-like nose. They are usually a mixture of tan, dark brown, and black in various splotches across their bodies.

Each species of kingsnake looks drastically different from one another. Milksnakes and scarlet snakes have a pattern of red, black, and yellow bands (similar to a coral snake), while eastern kingsnakes are much larger and are black with white bands. 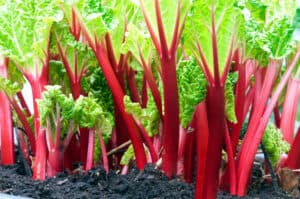