How Was The Mississippi River Formed?

How Was The Mississippi River Formed?

The Mississippi River Basin’s current form was largely shaped as a result of the Laurentide Ice Sheet of the last Ice Age. Glaciers traveled over this area many times causing the top layers of the rock formations to be washed away. The glaciers melted, providing enough water to form the rivers.

When Was The Mississippi River Formed?

It was previously believed that the Mississippi came into existence some 20 million years ago. However, in 2018, a team of SIU researchers led by Sally Potter-McIntyre discovered evidence to prove that the river is many times older than this.

Is The Mississippi River Natural Or Man-Made?

Although the river was created naturally as we have explained, humans have modified and tampered with it in many ways. A natural river is a natural watercourse that flows towards a sea, a lake, an ocean, or another river. The modifications carried out on the Mississippi River allow the river to suit our needs but change it in irreversible ways.

How Did Native Americans Cross The Mississippi?

Who First Explored The Mississippi River?

How Many People Have Swum The Entire Mississippi?

Only two people are recorded to have swum the Mississippi River. The first person to do it was Martin Strel. Strel is a Slovenian long-distance swimmer who achieved this feat in 2002. The entire journey took him 68 days in a row. He started swimming on the 4th of July and ended his journey on the 9th of September- after he’d been swimming for a total of 68 days.

Three years later, in 2005, an American Navy Combat, Chris Ring, attempted the same feat. He was successful and became the first American and second person to swim the Mississippi. He completed his quest in 181 days.

The Mississippi River and Its Significance

For centuries, the Mississippi River has been relevant to Americans and the rest of the world for many reasons. Here are some of our favorites:

Mississippi Is A Water Source For 18 Million People

In these treatment plants, the water is purified and made ready for consumption. It is then stored in a tank and passed to various homes through pipelines. Without the Mississippi, many cities would have water supply problems.

River Mississippi is The Birthplace of Water Skiing

In 1922, Ralph Samuelson invented water skiing on Lake Pepin. Lake Pepin is a naturally occurring lake located in the Mississippi River at the border between Minnesota and Wisconsin. Samuelson invented water skiing using a clothesline and a board for skis. He tried out various positions until he figured out which position allowed him to maintain better balance. Ralph Samuelson found that the best way to avoid falling was to lean backward, allowing the tips of the board to stick out of the water.

The National Park Service Government states that 60% of all North American birds (326 species) use the Mississippi River Basin as their migratory flyway. They also state that about 175 million tons of freight go past the Upper Mississippi River each year. This is done through the river’s system of 29 locks and dams.

The Mississippi River is also called The Great River, hinting at its importance to America and the world. Considering the fact that the river is as old as dinosaurs, it needs all the help we can offer it to retain its natural features.

One way you can help preserve the Mississippi is by planting native species and being on the lookout for invasive ones. Pollution is another major problem that the Mississippi and all rivers face, so if you have a little time to spare, volunteer at your local river management center and do a little to reduce your impact on nature. 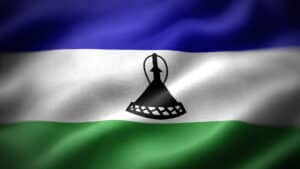