River vs Estuary: What’s the Difference?

Rivers are a popular fixture on our landscape, but did you know that rivers only cover a tenth of the earth’s land? Did you know that an estuary needs a river to exist? Lagoons, harbors, bays, sounds, swamps, inlets, and wetlands can all be estuaries. Rivers help to create these estuaries when they reach the sea.

We’ll define both a river and an estuary. Then we’ll discuss the kind of water they have in them, what habitats they support, and a few other interesting facts.

River vs Estuary: A Comparison

A directional and natural flow of water from a high place to a low position is a river. Technically, streams and creeks are rivers, but generally, rivers are much bigger than them. Sources are where the river originates, usually an entire watershed that needs to be drained.

Rivers flow into a body of water of some kind, whether an ocean or a lake. The water comes from precipitation at a higher elevation, almost always mountains, and that precipitation runs off things forming streams and creeks that eventually all come together into a river.

A river doesn’t necessarily have to reach the ocean, though that is the primary goal. Sometimes human development, drought, or terrain cause the river to dry up before meeting with the sea.

The path of a river includes many little waterways that feed into it. The water isn’t just sourced high up in the mountains as water keeps being added to the river as it runs its course.

The technical definition of a river is a watercourse between two banks that has a stream bed and is sequestered into one channel. Rivers also have water movement in one direction. Some are fast, and some are slow though that doesn’t change the fact that the water is moving.

What is an Estuary?

Partially closed-off coastal bodies of water where rivers meet the ocean are estuaries. Streams and rivers run into them, and this mixes with saltwater from the ocean. They’re transitional places where two types of aquatic environments crash head-on.

An estuary doesn’t have to be connected to the ocean year-round. Seasonal changes and weather patterns sometimes temporarily close an estuary to the sea. These fluctuations, including the fluctuations caused by changing river and sea levels, can cause the salt content of an estuary to vary widely.

The largest estuary in the United States is over 200 feet long. It is the Chesapeake Bay, and the water that runs into it comes from 6 different states. The second-largest estuary is the Puget Sound, in which Seattle is located.

River vs Estuary: Salt or Freshwater?

An estuary contains brackish water, while a river contains freshwater. The salinity content of an estuary is constantly changing based on the tide and river inflow. A river, on the other hand, is almost always freshwater.

There is an exception to the estuarian brackish water rule at the Great Lakes, where rivers meet a freshwater lake that creates a type of estuary. It filters debris, gathers nutrients, and provides shelter in unique ecosystems.

Since rivers are the primary drivers in the transportation of excess freshwater precipitation, the constant flow of water keeps the water fresh. As the water flows, it picks up salts and minerals from the rocks and dirt it is flowing over, which pours out into estuaries.

The ocean is salty because it’s where the runoff from rivers ends up, and the salt and minerals have concentrated over the eons. Estuaries are the go-between, the gatekeepers in the transfer of fresh water to the oceans.

River vs Estuary: Does the Tide Affect Them?

Tides influence estuaries, but they aren’t slammed by ocean waves, winds, and storms because they’re usually behind a peninsula or an island. These landmasses take the brunt of what the ocean can dish out regarding weather.

Tides also affect rivers, though the tide isn’t as impactful as it is on estuaries. Depending on what’s happening in a river’s estuary due to the tide, river levels can change. If something drastic enough is happening, this can affect river levels hundreds of miles inland.

What Habitats Are Supported by Rivers and Estuaries?

Environments of an estuarine nature are a hotbed for growth and life. Animals with special adaptations evolve to live in this transitional environment. Rivers are a host to life as well, especially in their slower parts. Because they are a main source of water, lots of plants thrive around the banks. This attracts both terrestrial and aquatic animals.

Estuaries can play host to a variety of landscapes. There can be rocky shores, flats, swamps, beaches, marshes, mangroves, and tidal pools all in the same estuary. Mangrove forests and swamps are unique habitats that are vital to the local ecosystem with which they appear. They keep the shoreline from eroding away, their shedding plant matter provides food, and their topsy turvy roots give shelter to a wide array of critters and sea life.

The “nurseries of the sea,” as estuaries have been nicknamed, provide the shelter needed for fish and those who feed on them to congregate in large numbers to reproduce and spawn.

Rivers are highways more than they are comfortable homes, and lots of fish traverse up and down rivers between the ocean and lakes every year to lay their eggs. A prime example of this is salmon.

Modern Benefits of Estuaries and Rivers

Estuaries are nature’s water filter. Pollutants are filtered out of the water in the varied habitats that water must pass through before reaching the ocean. Things like sediments are trapped, and nutrients that support the abundance of life in an estuary are also trapped.

Rivers are a powerhouse for the energy-producing world. Dams are built to harness a river’s energy as well as to prevent devastating flooding. When water passes through a dam, it can create enormous amounts of energy since the water flow is so powerful.

Entire cities rely on these dams as the main sources of power in parts of the United States and around the world. As much as 27% of Washington State’s power is produced through processes that turn water force into electricity, called hydroelectricity. 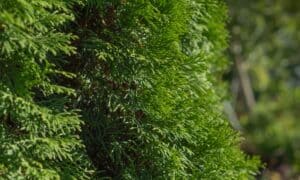