What is the Deepest Lake in Minnesota?

The deepest lake in Minnesota is Lake Superior. It is also the largest freshwater lake in the US. Lake Superior is on the northeastern border of the state and is referred to as “the North Shore”. It is one of the five Great Lakes, which also includes includes Lakes Michigan, Huron, Erie, and Ontario. A portion of Northern Wisconsin borders the lake as well as all of Upper Michigan. To the north of Lake Superior is Canada’s Ontario Province.

How Deep is the Deepest Lake in Minnesota?

At its deepest, Lake Superior is 1,333 feet deep. The deepest point is off the southeastern shore around 40 miles north of Munising, Michigan. That’s a quarter of a mile, or almost four-and-a-half football fields in length…straight down.

What is the Deepest Inland Lake in Minnesota?

The deepest inland lake in Minnesota is Portsmouth Mine Pit, which is near Crosby, MN. This is a man-made lake located in the Cuyuna Country State Recreational Area. How does it compare to Lake Superior? It doesn’t even come close. The Portsmouth Mine Pit is 450 feet deep but it is considered to still be rising so maybe someday…There are actually 15 deep lakes left over from the mine pits, but Portsmouth is recorded as the deepest.

Can you Fish on Lake Superior?

Yes! The fishing on Lake Superior is amazing. It is known for trophy sized walleye, northern pike (northerns) and trout. There is also excellent muskie, lake sturgeon and smallmouth bass fishing from shore and out on the water. There are 80 different fish species in Lake Superior. With a lake that big how do you know where to cast your line? Some of the most popular places to fish on Lake Superior from Minnesota are Duluth, Grand Marais and Thunder Bay.

Can you Fish on Portsmouth Mine Pit?

Yes! The Portsmouth Mine Pit is an abandoned mine which has filled in, and nature has taken over. The main draw of Portsmouth is trout fishing but you can also fish for bass, sunfish, crappie and northerns. In the winter bring your portable ice house so you can get in on some of the best ice fishing.

Is Lake Superior a Recreational Lake?

Yes. Lake Superior is a popular destination in Minnesota when folks go “up north”. There are lakeside resorts, lodges and vacation homes lining the lake for a relaxing getaway. Boating is allowed on the lake as well as sailing. You can take a kayak tour of the coast in certain areas or take out your SUP in the summer. Make a note that Lake Superior is chilly year round! So there are beaches that you can swim off of especially in the Duluth Area but the swimming season is pretty short due to the cold. Due to the size of Lake Superior you do need to pay attention to the weather and wind conditions before going out on the water because conditions can change quickly and produce large waves and dangerous conditions.

Is the Portsmouth Mine Pit a Recreational Lake?

Yes. The Cuyuna Country State Recreation Area manages the Pit and the surrounding pits and six natural lakes. The park is open year-round and offers camping, fishing and boating. The Portsmouth campground has a swimming beach (again, best used in the summer). There is a boat ramp to put your boat in and a few areas to carry in car-top boats like kayaks and canoes. The lakes are stocked with trout, but you do need a trout stamp to fish in these areas.

What Animals Live on the Shores of Lake Superior?

Some of the animals that live along the shores of Lake Superior include fishers, pine martens, moose, wolves and black bears. The wooded areas along the shore provide shelter and hunting areas for some of the larger mammals. You’ll also find wood frogs, American toads, salamanders, painted turtles and common garter snakes. The North Shore area of Lake Superior is an excellent place to watch the raptor migration in the fall including a variety of hawks, eagles and falcons. And of course there are sandpipers and the beloved loon, the Minnesota state bird, which you may be lucky enough to see a mother with her babies catching a ride on her back. If you don’t see one you are probably going to at least hear one with their echoing calls.

What Animals Live on the Shores of Portsmouth Mine Pit?

Animals that frequent Portsmouth Mine pit include white-tail deer that come to the edge for a drink, snowshoe hare that depend on the water source and coyote that may prey on the deer and rabbit when they do stop for a drink. There are a variety of waterfowl that spend their summers at the lake before heading south in the fall like mallards, wood ducks and Canada geese. You’ll find great blue heron along the weeds on the shoreline and red-tailed hawks flying above.

What is the Deepest Lake in the US?

The deepest lake in the US is Crater Lake in Oregon. Crater Lake is 1,943 feet deep at its deepest point making it 610 feet deeper than Lake Superior. Crater Lake was formed from a collapsing volcano. About 7,700 years ago Mount Mazama erupted and collapsed leaving a gaping hole in the top. Over the years this filled in with water to create what is now Crater Lake. Minnesotans may be asking, so what, its 610 feet deeper, but how’s the fishing? You can fish on Crater Lake but you have two choices instead of 80. The two fish that are in Crater Lake are Kokanee salmon and rainbow trout. Since there are not natural inlets to the lake all the fish are stocked to maintain healthy populations. Technically not deep sea fishing but maybe deep lake fishing. 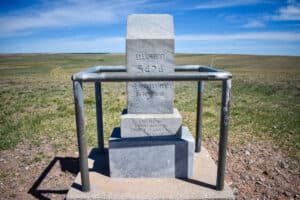