Narwhals are classified as odontocete cetaceans or toothed whales. The narwhal tusk is a tooth that develops from the inside of the jaw. The tusk of a narwhal is an expanded spiralized tooth that is one of two teeth that the narwhal will ever have. Narwhals are one of a small group of creatures on the planet that have protruding teeth. That select group also includes walruses and elephants.

The narwhal tusk contains up to ten million nerve endings that are exposed, making it incredibly sensitive to any form of contact. Using alternate solutions of high-salt and freshwater to expose the outside surface of a narwhal’s tusk generated significant changes in the narwhal’s heartbeat, according to research published in 2014.

How Does the Narwhal Survive in the Arctic Waters With Such A Long Tusk?

The tusk of a narwhal is softer on the outside and firmer and denser on the interior. It’s also extremely adaptable, with the tip of the tusk capable of bending up to one foot! The narwhal has one tusk and one tooth that serves as a backup. This second tooth has the potential to develop into a second tusk that can grow up to nine feet in length.

As previously stated, narwhal males are frequently adorned with tusks. You may, however, come across a female with her own small tusk, but this is quite rare. Only 15 percent of female narwhals develop tusks. However, unlike males who gradually grow their tusk over an extended period of time, female teeth are more likely to fall off early or be lost.

What Is The Purpose Of The Narwhal Tusk?

Contrary to popular opinion, narwhals do not spear their victims with their tusks. It has been observed that they give their victims (usually fish, shrimp, or squid) a quick “tusk tap” before sucking them up.

Some believe the tusk can detect sound and temperature, while others believe it can break through the ice. Several researchers believe that it is used in mating rituals to impress female narwhals. However, recent research has found that the narwhal tusk contains a great deal more information than meets the eye.

As previously stated, nerves are found in the tusk of the narwhal. The surface of the tusk is crisscrossed with millions of small pores and nerve connections. A “sensory center” is located at the base of the tusk, which receives seawater through microscopic pores in the tusk. These nerve endings communicate with the brain by transmitting information about the surrounding water.

When it comes to behavior, these northern whales rely significantly on external cues to guide them. During migration, it is possible to detect chemical changes in the water, such as changes in salt levels, temperature, and pressure. As a result, when narwhals softly brush their tusks together, it is possible that they are transmitting ecological information.

What Makes The Narwhal Tusk Unique?

The narwhal is the only mammal in the world with a straight tusk; all others are known to have curved tusks. The tusk does not bend; instead, it has a helix spiral that turns to the left. It will also spiral to the left if a second tusk grows.

According to the Guinness Book of World Records, the spiraling ivory tusk of the male narwhal, which was discovered washed ashore among dead narwhals, is the world’s longest known whale tooth.

Can A Narwhal Have More Than One Tusk?

The upper left tooth of narwhals is the one that develops into their tusk most of the time. Only one female has been documented as having two tusks, and around one in every five hundred males is known to have two tusks.

We continue to be surprised by this one-of-a-kind species as our understanding of it grows. The allure of the tusk pulls humans to this Arctic whale, which has served as the inspiration for countless myths and stories throughout history. There have even been instances in which a narwhal tusk has been used to protect London Bridge! Natural phenomena such as this odd tooth are among the most fascinating aspects of the natural world. 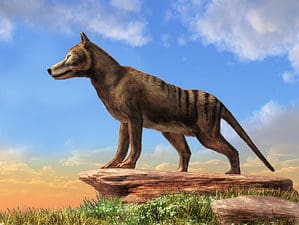