Lives and hunts in the frigid Arctic! 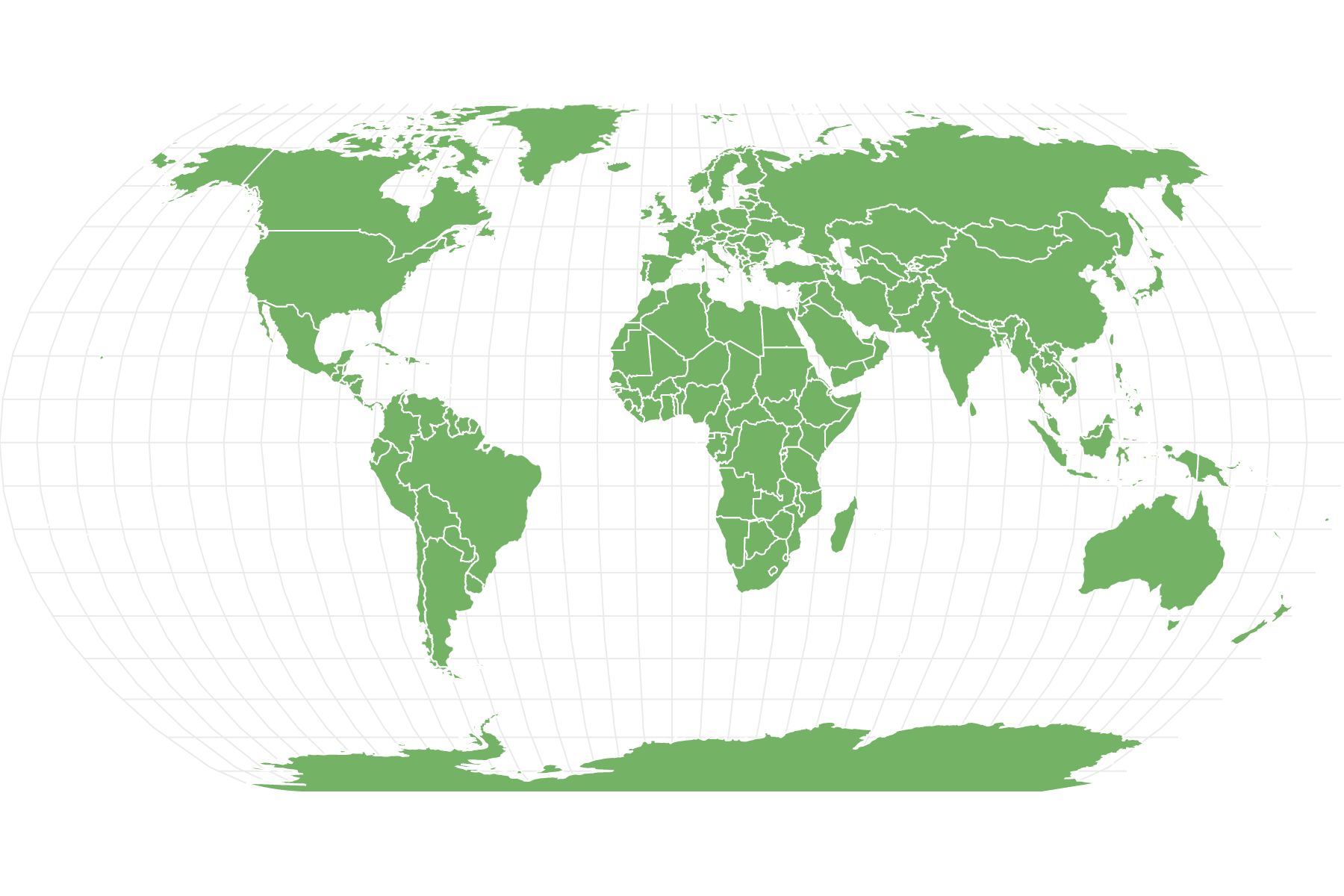 View all of our Narwhal pictures in the gallery.

View all of the Narwhal images!

With its massive tusk, the narwhal has rightly earned the nickname of the unicorn of the sea.

Narwhals are animals that roam the cold waters of the Arctic Ocean and Northern Atlantic in search of prey. They sometimes surface for oxygen in larger groups, allowing tourists and any other passerby to take in a captivating spectacle. Humans have traditionally hunted them for their immense resources, but this species is not yet in danger of extinction.

The scientific name of the narwhal is Monodon monoceros. This derives from a Greek word meaning one tooth, one horn. This species is the only currently living member of the genus. Thus, the term narwhal can technically refer to either the species or the genus. It also belongs to the family of Monodontidae. The only other living member of the family is the beluga whale. More distantly, it is related to all other whales, dolphins, and cetaceans.

The narwhal is an animal that basically resembles a small whale. It is only small compared to other cetaceans, however. By any other standard, the narwhal is actually a large marine mammal with a body size of 13 to 20 feet and a tusk size of around 10 feet. It also weighs a truly imposing 1.5 tons. This makes it nearly the length of a bus and the weight of a car.

The narwhal is characterized by a prominent tusk on its skull, upturned flippers, and a dorsal ridge instead of a true fin on the back. Each dorsal ridge is entirely unique to the individual, which helps scientists identify them at a glance. Narwhals change color throughout their lifetimes. They start with a dark blue or gray color at birth and then adopt a whiter mottled pattern around their stomach and sides as they age. Some older narwhals are almost entirely white in appearance.

With a thick layer of blubber, the narwhal is highly adapted for life in the frigid waters of the north. Its physical characteristics, including the ability to lactate, attest to the fact that the narwhal is purely a mammal. Specialized hemoglobin in the blood allows it to remain submerged for very long periods of time, but it does need to surface occasionally to drawn in oxygen from the air.

The narwhale lives and travels in large pods of up to 20 or 25 individuals, though some pods may contain only a few narwhals. During migration season, these pods merge up to form a group of hundreds or even thousands of individuals. Once they reach their destination, the pods then break up into their smaller groups and go their separate ways. Other aspects of their social lives are not understood very well. The groups appear to have no specific organization in regards to age, sex, or familial relations, so it is not entirely clear how they form. They communicate with other and gather information about their environment, including the location of prey, through various whistles, clicks, and knocks created by the movement of air between chambers near the blow hole.

The narwhal’s ivory spiral tusk is a truly impressive instrument. With almost 10 million nerve endings, it is an excellent sensory organ that can gather information about water pressure, temperature, and salinity. This horn actually develops from a large tooth and then protrudes through the upper lip of the skull to the left, giving it the appearance of a unicorn. Interestingly, the narwhal has two teeth. In most individuals, the second tooth usually remains undeveloped, but in very rare cases it has been known to grow into a second tusk from its skull.

The purpose of the tusk is not yet known. However, scientists have surmised that it might play an important role in the narwhal’s mating ritual. Narwhals also engage in a practice known as tusking in which one bull rubs its tusk against another bull. This may be related to either social dominance or the communication of sensory information. It is unlikely to be involved in food gathering or defense, because the male tusk is so much larger than the female tusk.

As perhaps the northern-most cetacean species in the world, the narwhale inhabits the cold waters of Canada, Greenland, Russia, and Norway. It migrates around the Atlantic and Arctic Oceans every year, preferring the ice-free coastal waters in the summer and the deeper icy waters in the winter. The narwhal lives at different depths depending on what it’s doing. When hunting, it can dive nearly 3,000 feet beneath the water in search of food. But when migrating, it prefers to remain near shallower parts of the water.

The narwhal has a rather specialized diet consisting of squid, shrimp, cod, halibut, and other species of fish. The diet varies greatly by the seasons. In the summer, it may barely eat at all, instead relying on fat stores.

Due to its large size and extreme northern habitat, the narwhal has only a few natural predators in the wild such as orcas, sharks, and humans. Less commonly it is hunted by polar bears and walruses, which have been known to kill narwhals that become trapped in shallow pools of water near the ice, unable to move. In order to avoid falling prey, the narwhal seeks solace and protection in larger groups. Adults are able to put up a tough fight, so predators are more likely to target the young, sick, and elderly individuals. The coloration also offers a degree of camouflage. When the narwhale is seen from below, the white stomach blends in with the shallower water. When seen from above, the dark back blends in with the deeper water below.

The narwhal has been hunted by the Inuit for many thousands of years. Almost every part of the narwhal is used. The blubber and oil are good for lighting and cooking. The meat provides an excellent source of vitamin C that is otherwise difficult to obtain in the Arctic. And the tusks are used to fashion spears and harpoons. The practice is still maintained in many parts of the Arctic.

Industrial-scale hunting in the 19th and 20th centuries did not threaten the narwhal to quite the same extent as many other species of whales, but it did cause numbers to decline from their peak. Hunting is not the only threat, however. The narwhal also faces risks from pollution (particularly metal contamination) and climate change. As the oceans warm, it not only threatens the narwhal’s natural habitat, but it also opens up the oceans to more human activity such as oil exploitation and shipping.

Due to the difficulty of observing this species, the reproduction cycle of the narwhal is poorly understood. Based on limited data, it is believed that dominant males may have multiple female partners during the breeding season between March and May. As mentioned previously, the male tusk may serve the dual purpose of attracting mates and battling rivals.

After a 14-month gestation period, the female narwhale produces one or two children in the following summer. These young calves are born tail first and are expected to begin swimming immediately from the womb. Over the next 20 months, the calf will receive protection and care and learn valuable social and survival skills from the mother and the group. It is not entirely clear what kind of role the father has in raising the calf. Because the males and females tend to travel together as a group, it is thought that the father does have some investment in its young.

Narwhals have a very long and robust life expectancy. It is estimated that they can live up to 50 years in the wild. Age of sexual maturity is not quite known, but it is likely to take up to nine years for males. The female conceives every two to three years on average, which ensures a constant supply of new calves.

According to the IUCN Red List, which tracks data about the conservation status of different species in the wild, there are approximately 123,000 mature narwhal individuals left in the entire world. The IUCN lists it as a species of least concern, which means it requires no special conservation efforts to improve population numbers, but other organizations such as the World Wildlife Fund consider it to be near threatened. Looming threats such as climate change could cause population numbers to decline in the future.

What is a narwhal?

A narwhal is a type of small- or medium-sized whale with a gigantic tusk protruding from its head. It is the only living member of its genus.

How big is a narwhal?

The narwhal can reach up to 30 feet long, a full third of which consists of just the tusk. It can also weigh around 1.5 tons.

The narwhal basically looks like a smaller whale with a unicorn tusk. It has upturned flippers and no true dorsal fin. A mature adult has a white to black coloration running from the stomach to the back. The sides tend to have a more mottled appearance.

What is a narwhal's tusk for?

The purpose of the narwhal’s tusk is currently unknown. According to the most common theory, it is probably used for sexual selection. The female chooses the male based on the characteristics of the male’s task. It may also serve the purpose of allowing the males to fight each other. Another popular theory suggests that it helps gather sensory information about the environment. Other theories including defense and hunting seem less likely to be true.

What do narwhals eat?

Narwhales have a specialized diet of cephalopods and fish endemic to the Arctic. Less commonly, they will consume crustaceans.

How did the narwhal evolve?

The narwhal probably evolved in the Pliocene period some two to five million years ago from toothed whales. The highly reduced vestigial teeth and the tusk are evidence of this. More distantly, all cetaceans evolved from hoofed land mammals perhaps beginning some 50 million years ago. The closest living relates are hippos, cows, and pigs, but the whale ancestors probably resembled a small deer-like the modern chevrotain. As it became accustomed to the marine environment, this ancestor began to evolve flippers and other specialized organs.

What Kingdom do Narwhals belong to?

Narwhals belong to the Kingdom Animalia.

How fast is a Narwhal?

A Narwhal can travel at speeds of up to 42.5 miles per hour. 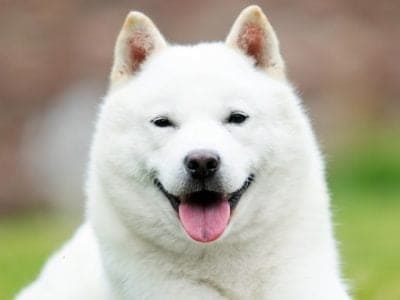