If you think making dinner for your family is tough, just check out what happened to this hawk. Just when he thought he had something tasty to eat, the snake he had just caught, the snake turns the tables and gets the hawk.

The video begins with the hawk having caught the snake. A few onlookers are nearby, one with thick gloves who clearly knows how to handle these wild animals.

They marvel at the hawk’s prowess but don’t seem surprised. After all, hawks routinely go after snakes and are very good at catching them.

What they don’t expect is that the hawk will suddenly freeze with the snake wrapped around its body. One man winds the snake away from the hawk but it won’t let go.

“No, it’s not a rattler,” says the man closest to the camera. Before handling any type of animal, it’s important to know what species you are dealing with.

A rattlesnake could have been very dangerous for the hawk or the people to handle due to their venomous bite.

“It’s got the bird, yeah,” says the man as they watch.

“Well, the bird went to get it,” says another. They are familiar with the circle of life and none of them seem broken up about the hawk’s fate. It is a surprising turn of events, however, which resulted in some disbelief.

Which is the Prey?

As they continue to try to intervene, the people realize that the snake is wrapped around the hawk’s leg. The hawk lays on the ground, wings spread out, helpless. It might be that the hawk is just as surprised as the people nearby on how this entire event has turned out.

The man handling the snake eventually gets it to unwind from the hawk’s leg. As soon as it is clear, the hawk takes off.

The man claps for him but the snake is not very happy that its efforts were thwarted. The snake rears its head up as the people back away.

“You better crawl off,” says the man to the snake, telling his friends to make sure that they get a video of the snake’s behavior. The snake decides that it has been insulted enough and goes back onto the ground to slither away.

Is It Normal Behavior for Snakes to Attack Birds?

The simple answer here is yes but the behavior is not very common. While many snakes will attack birds if given the chance, it’s rare for snakes to attempt to hunt and eat an adult bird. Instead, snakes will only attack and kill adult birds if there is an opportunity to do so.

Birds are more likely to attack, kill, and eat a snake rather than a snake doing the same to a bird. It’s more likely a snake will attack an adult bird in self-defense. 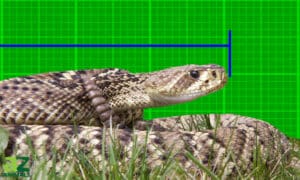 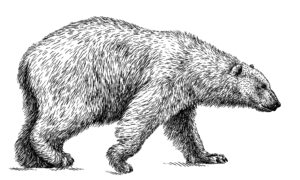