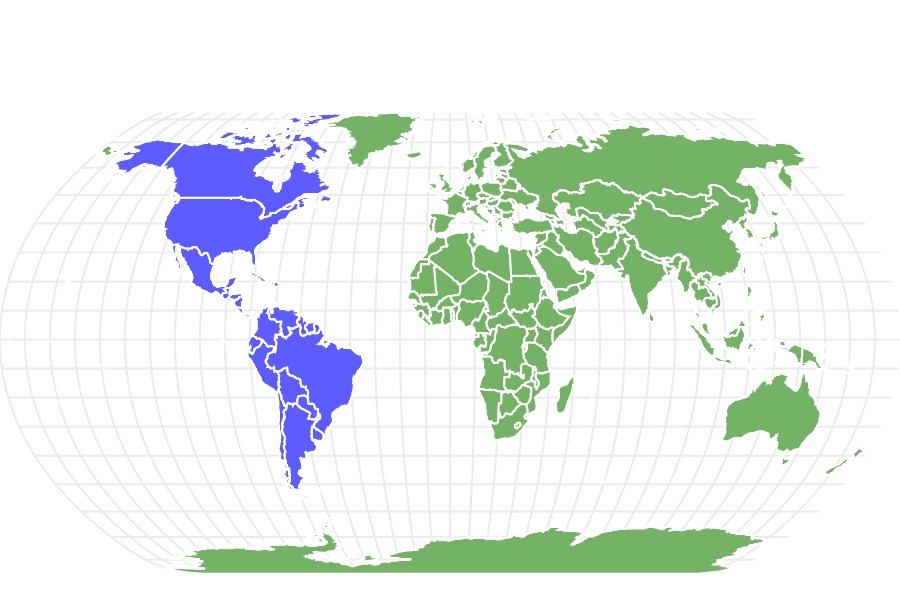 Diet
Omnivore
Slogan
It's venom digests it's prey before it even swallows it!

View all of our Rattlesnake pictures in the gallery.

View all of the Rattlesnake images!

Rattlesnakes are easily recognized poisonous snakes with a rattle at the end of their tails. As members of the pit viper group, rattlesnakes use their powerful venom to subdue their victims. This venom stops blood clotting and destroys internal tissues, quickly killing animals of all kinds, even humans when a antivenom is not available. The most dangerous snake in this family is the Mojave rattlesnake, one with neurotoxin in its venom.

Rattlesnakes are members of the Reptilia class and Viperidae family, specifically of the subfamily Crotalinae, the pit vipers. The name “rattlesnake” comes from the Middle English verb “rattle,” a word formed from the sound of loose objects hitting each other. The second half of the viper’s name is simply the Middle English word “snake,” meaning “serpent reptile.”

There are 36 species of rattlesnakes and 65 to 70 subspecies. All of these are native to the Americas, from southern Canada to Argentina.

Rattlesnakes have thick bodies with heavily ridged scales. Their coloration varies according to their habitat. But most have dark patterns of diamonds or other geometric shapes on a lighter colored background.

At the end of their tails you can see a distinctive rattle made up of hollow keratin chambers. These chambers knock together when a rattlesnake shakes its tail, making the rattling noise. The rattle gains a new segment each time the snake sheds its skin. But rattles often break due to damage caused as part of daily living in their environment.

Besides their rattler and a distinctive patterned design, rattlesnakes also have a triangular head and hinged fangs. Their eyes have cat-like vertical pupils.

Although rattlesnakes are aggressive, they avoid human contact. They only attack humans with their powerful fangs and venom when provoked. If you corner or startle a rattlesnake, you will first hear their rattling sound as they shake their tail to warn you.

These snakes also hiss like a cat. The hissing sound comes from deep in their throats. At the same time, you can sometimes see their body swell and deflate as they take in and let out air to make the hissing sound.

When a rattlesnake feels defensive, it coils into a tight circle. They raise their head high to prepare to strike. They can strike out at predators at a distance as far away as one-third of the snake’s overall body length.

Among all rattlesnake locations, the greatest concentration of these snakes live in the southwestern states of the U.S. and northern part of Mexico. Arizona is home to the most types of rattlesnakes, with 13 calling that U.S. state home.

More rattlesnakes live in the Southwest’s desert sands and dry climate than elsewhere. But many subspecies thrive in other climates and environments. They do well in grassy regions, rocky hills, swamplands, meadows, brushy areas and even as high as 11,000 feet above sea level.

Rattlesnakes live in dens within rocky crevices. During winter in colder climates, they hibernate in their dens. For snakes, this period of rest is called brumation.

Generations of the same snake family often re-use their dens, sometimes for longer than 100 years. When they leave the den during daytime, the snakes sunbathe on warm rocks or out in the open. When the weather becomes extremely hot during summer, they sometimes shift their schedule for more nighttime activity.

Some rattlesnakes spend a lot of time in trees. They can slither up a tree and reach heights of 80 feet or more.

The snakes’ body pattern and colors vary according to their environment. These colors and patterns serve as camouflage to protect them from predators.

Rattlesnakes eat a wide variety of small mammals. They prefer rats, mice, birds, rabbits and other small creatures like lizards and frogs. Rattlesnakes track their prey using a keen sense of smell. When not tracking, they lie in wait until attractive prey passes by. These snakes do not need more than one meal every few weeks in adulthood.

Finding prey is not difficult for a rattlesnake. They have very keen eyesight and a strong sense of smell using both their nostrils and their flicking tongues. They also have heat-sensing pits near the tip of their nose. These pits sense warm-blooded animals in the environment. Despite these well-developed senses that help them hunt for prey, rattlesnakes have terrible hearing. But they can sense vibrations in the ground, such as for a human or animal walking nearby.

To capture their prey, rattlesnakes strike fast and inject their venom into the animal using their powerful fangs. The venom immediately paralyzes the prey. It only takes half a second for the snake to strike and render their food immobile. Then, the snake swallows the food whole and retreats to their den or another safe and quiet place to digest their meal. Digestion takes several days and makes the rattler sluggish.

Although about 8,000 rattlesnakes bite humans each year, they do not attack humans as prey. This is defensive, only. Of these bitten people, only about five die in a given year.

One of the biggest predators of rattlesnakes in the wild is the king snake. Black snakes also attack and eat rattlers. Owls, eagles and hawks enjoy making a rattlesnake their meal. Strong predatory birds like these swoop down from flight to attack and carry the snake away in their talons. Wild breeds of cats, foxes, coyotes and even turkeys like to eat rattlesnake meat, too.

Big animals and humans tend to avoid rattlesnakes. The snakes’ telltale hiss and tail rattle scare off bigger predators like these. But hoofed animals like bison will stomp a rattler to death, if necessary and to avoid being attacked, themselves. Although the snake’s venomous bite can kill humans, many people risk capturing rattlers for food. Some diners enjoy the taste of rattlesnake meat. Others use the reptiles’ skins to make boots, shoes, belts, handbags and other material goods.

Another threat to the rattlesnake is urban development. Development by humans takes over the snake’s habitat and encroaches on their hunting grounds. One of the biggest killers of rattlesnakes is traffic. Many are run over by cars each year.

Several species of rattlesnakes are listed as endangered or vulnerable in the U.S. These include the timber rattlesnake, canebrake rattlesnake and massasauga rattlesnake.

Female rattlesnakes only reproduce once every three years. This mating usually takes place during summer or fall. But some species mate in spring or both spring and fall.

To find an appropriate mate, females secrete sex pheromones. This leaves a scent trail that the males follow using their advanced sense of smell. When the male locates the female, he follows her for several days. Over the course of this time, he often touches or rubs her to make his intention known.

Sometimes males compete for females by fighting each other. The male snakes do a “combat dance” that involves wrapping their bodies around each other. Large males easily scare smaller males away.

Rattlesnakes do not lay eggs. Instead, the female produces eggs in her ovaries like humans. But they release multiple eggs in a continuous chain into their oviduct, a tube. The male sperm fertilizes these eggs. Fertilized eggs usually gestate in the female for 167 days. When the babies are at full term, the eggs hatch inside the female. Then, the female gives birth to about 10 to 20 live baby snakes.

Instead of a rattle, baby rattlesnakes are born with a “pre-button.” When the baby starts shedding its skin, their rattle starts forming and grows bigger with each skin shedding. Baby rattlers are more aggressive than adults and have venom in their fangs.

Rattlesnakes live in the wild for a range of 10 to 25 years.

Rattlesnake populations are hearty across the United States and listed as “stable” in numbers. That is, for all sub-species except the timber rattlesnake. The timber rattler once lived in 31 states. Now, it is listed as endangered in Virginia, Connecticut, Ohio, Indiana, Massachusetts, New Hampshire, Minnesota, New Jersey and Vermont. The snakes no longer exist in Maine and Rhode Island. Massachusetts counts only 200 timber rattlesnakes left in the state.

Are rattlesnakes carnivores, herbivores or omnivores?

Rattlesnakes are carnivores. They eat small mammals. Favorite meals include lizards, frogs, birds, rats, mice and rabbits. They use their fangs to inject venom into their prey. The venom immediately paralyzes the animal. The rattlesnake then swallows the prey whole and slithers into its den or other quiet area for digestion. Digestion takes several days. The snake does not require another meal for two to three weeks.

Can a rattlesnake kill you?

Rattlesnakes rarely kill people, although the venom can be deadly. Today, doctors use antivenom, also called anti-venom, when someone is bitten by a rattlesnake. People sometimes lose a limb or suffer organ damage from a rattlesnake bite. But of the 7,000 to 8,000 people bitten each year in the United States, only about five die. Children are most vulnerable to rattlesnake bites, since they have a smaller body size in which the dose of venom circulates.

What do you do if you see a rattlesnake?

If you see a rattlesnake, first freeze in place. This allows the snake to move away if it chooses to do so. Rattlesnakes do not want contact with humans and often slither away if given the chance to do so. If the snake holds its ground, starts rattling or hissing, slowly back away from it in retreat. If you suffer a snakebite, you must go to a hospital emergency room immediately for antivenom.

A rattlesnake gets its name from the rattling sound it makes using its tail. The tail has a multi-chambered rattle made of keratin. These chambers are hollow and knock onto each other when the snake twitches its tail. The sound is very much like a baby’s toy rattle. At the same time, rattlesnakes often make a hissing sound like a domestic cat. This hissing comes from the snake’s throat. Except when threatened and using its rattler or hiss, a rattlesnake lives a silent life.

What Kingdom do Rattlesnakes belong to?

Rattlesnakes belong to the Kingdom Animalia.

What phylum do Rattlesnakes belong to?

Rattlesnakes belong to the phylum Chordata.

What class do Rattlesnakes belong to?

Rattlesnakes belong to the class Reptilia.

What family do Rattlesnakes belong to?

Rattlesnakes belong to the family Viperidae.

What order do Rattlesnakes belong to?

Rattlesnakes belong to the order Squamata.

What genus do Rattlesnakes belong to?

Rattlesnakes belong to the genus Crotalus.

What is an interesting fact about Rattlesnakes?

Rattlesnake venom digests its prey before it even swallows it!

How do Rattlesnakes have babies?