What are Wolfdogs and Do They Make Good Pets?

While it may seem like your dog has little in common with the wolves it’s descended from, the facts tell us that the domesticated dog and the wolf are at least closely enough related to be bred together. The hybrids that result are known as wolfdogs, and they can take on a wide variety of different forms thanks to the variety of wolf species and dog breeds that can result from this union.

The territorial nature of wolves ensures that natural occurrences of wolfdogs are rare — but they aren’t unheard of, and some breeders are looking to foster new breeds and characteristics by selectively breeding hybrids of wolves and domesticated dogs. But whether or not these hybrids make for good pets is another story.

Here’s everything you need to know about keeping wolfdogs as pets.

The Characteristics of the Wolfdog

In 1999, the number of wolfdogs in existence sat at over 100,000, but significantly more people than that claim their dog has wolf blood. The desire to own a rare type of pet has a role to play there, but some breeders and private sellers may charge a bigger price based on the false facts of a dog being a hybrid.

Size is the most noticeable factor when comparing hybrid dogs or puppies with their domesticated counterparts. Wolves are larger all around than dogs, and that’s especially true of their jaws and their feet. Longer legs and snouts are also common in wolves and wolf-dog hybrids.

Cross-breeding a wolf and a dog counteracts about 12,000 years of domestication. These animals are difficult to train and contain. They tend to develop stereotypies in captivity and will often show aggression towards other pets and humans.

But the only way to be guaranteed about a dog’s lineage for adoption identification purposes is to get DNA testing done. That’s because the physical traits that wolves and hybrids share can also be found in more common dog breeds as well.

All dogs are technically descended from wolves, and many of the traits domesticated dogs inherited from their wolf ancestors have remained the same or only grown more distinct over time.

Wolfdogs can occur from breeding together a red or gray wolf with a domesticated dog. But since there’s so much variance in terms of both domesticated dog breeds and regional wolf subspecies, the resulting puppies can take on several characteristics from both their domesticated and wild parents.

When breeders are actively trying to create a hybrid, they’ll often rely on domesticated dogs that are as closely related to the wolf as possible. Huskies, German shepherds, and Malamutes are the most popular choices.

Because of the number of factors at play in terms of breeding, the most effective way of measuring a wolfdog’s lineage is to not look at any behavior or physical traits but to analyze the amount of wolf DNA it possesses.

This sort of testing is done by breeders to provide accurate facts for adoption identification, and you should never pay the steep price for wolfdog puppies without that sort of reassurance. Wolfdogs can be identified as low, medium, or high wolf content.

Wolfdogs with less than 50% wild lineage fall into the low content category, while high content dogs have more than 75% wolf ancestry and mid content dogs occupy the percentages between. The amount of wolf DNA in a hybrid dog can have a major effect on its size, behavior, and diet, but it can also affect your safety while around them.

To qualify as an actual breed, a dog needs three generations of a traceable lineage as well as recognition from one of the international kennel clubs. Wolfdogs are not recognized as a breed in their own right, but there have been plenty of experiments to create breeds that are more wolf-like in appearance without sacrificing safety or behavior.

Today, there are two breeds known to have been bred from mating wolves and dogs:

It’s difficult to suggest wolfdogs as pets simply because the unpredictability of their breeding can make it difficult to vouch for their safety or behavior. Even a normal-seeming wolfdog could turn hostile quickly thanks to the fact that their parents split from the evolutionary tree from one another tens of thousands of years ago.

Different maturation and hormone cycles mean that the characteristics of the wolfdog aren’t always consistent in the way that a more established breed’s characteristics are.

Functionally, the social behaviors of both animals can be quite different. While both dogs and wolves are sociable creatures, wolves are both significantly more aggressive in general and significantly more inclined to avoid rather than bond with humans. That’s not to say that hybrids can’t be good pets but it’s hard to know how these conflicting behaviors will play out in the real world.

It’s illegal to own a hybrid with more than 98% wolf DNA, and things become more unpredictable for hybrids that have a stronger wolf lineage. While these pets are generally only recommended for experienced caretakers, you can improve your odds of hybrids being good pets by opting for ones with more domesticated dogs and less wolf DNA.

A hybrid with a modest amount of wolf DNA like the Czechoslovakian wolfdog can subsist on a diet resembling that of more traditional dog breeds, but those with more wolf DNA will need to feed in a way more appropriate to its wild forebears. As a carnivore, a healthy wolfdog can expect to eat multiple pounds of food a day, and being able to chew on bones is healthy and can help them get the balanced nutrition they need.

To accommodate for the variety of their diet in the wild, you may want to supplement your hybrid’s carnivorous diet with some vitamin supplements. These can help account for the lack of foliage and fruits that wolves will feed on in the wild. Without these supplements, a hybrid might be especially prone to health issues — most notably with their skin and digestive systems. Wolfdogs also need steady access to a freshwater source.

As opportunistic hunters who often rely on larger prey, a wolf can travel up to 30 miles in a single day. That makes wolfdogs ill-suited for life indoors. You can expect your hybrid to need around three to four hours of exercise every day, and you should make sure they have enough space to comfortably roam — ideally a full acre but at least half of that at a minimum.

Special care needs to be taken to make sure that the fence is both tall and buried deep in the ground. Wolves are notorious diggers with an exceptional talent for escaping from enclosures.

Understandably, the care of a hybrid requires making some adjustments to accommodate the dog’s wilder instincts. Obedience and socialization training is especially critical for these dogs from an early age, and you may want to enlist the services of a trainer who specializes in working with hybrids and wilder dog breeds. Wolfdogs require active caretakers who can truly devote a lot of time to them.

The average price for wolfdogs can range from $1,000 to $3,000. Everything from the age and lineage of the dog to the reputation of the breeder can factor into that total. That’s why adoption identification needs to be properly undertaken in the form of a DNA test. No matter how good the reputation of a breeder, it can never hurt to get the facts straight before investing in a potentially dangerous mix of wild and domesticated dog DNA.

Wolfdogs have gotten a bad rap over the years, and not all of it is deserved. Let’s clear up some common myths about these hybrids that continue to persist. 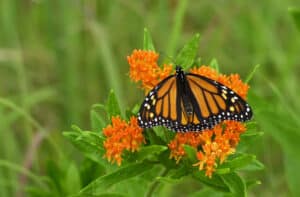