Saarloos Wolfdog as a Pet:

Click through all of our Saarloos Wolfdog images in the gallery. 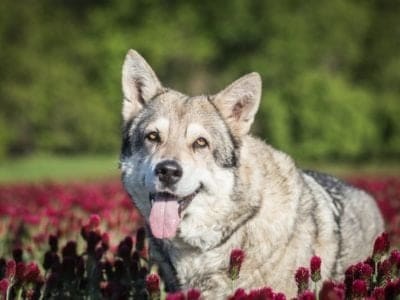 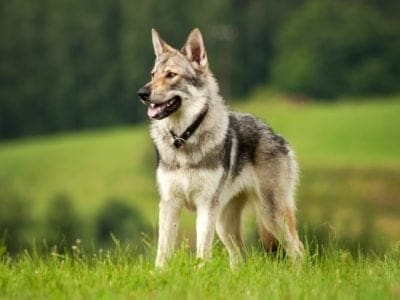 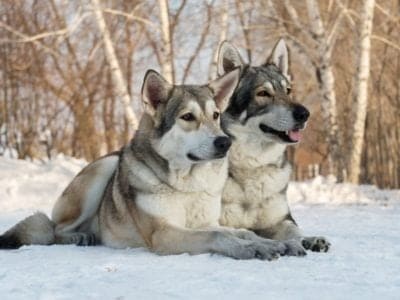 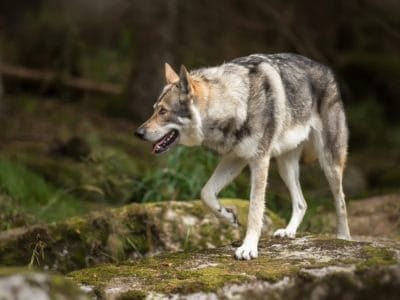 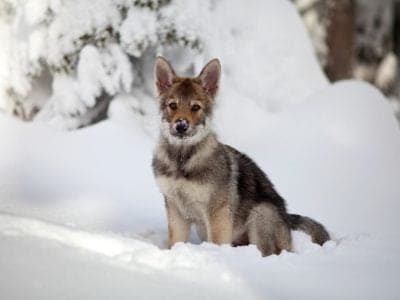 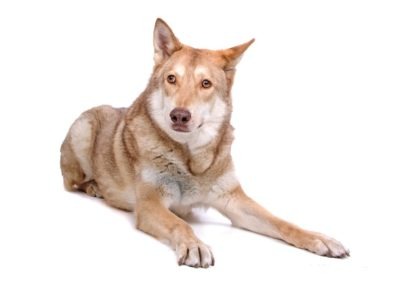 View all of the Saarloos Wolfdog images!

The Saarloos Wolfdog breed was created in 1932 when Leendert Saarloos mated a German Shepherd with a captive Eurasian Grey Wolf. Leendert Saarloos then mated the result of the first pair again with the German Shepherd father. This created the Saarloos Wolfdog breed. Initially, this breed was called the European Wolfdog, but was renamed when the Dutch Kennel Club officially recognized it.

Saarloos Wolfdogs can be a variety of different colors. Gray is most common, but some dogs may also be brown, red, or white. This breed is very active and has a high urge to roam around. If socialized from an early age, they can be good with kids, but otherwise may not be the best choice as a family dog.

There are a few common health issues that these Wolfdogs may suffer from. All dogs in this breed will not develop all of these conditions, but being aware of them can help prepare you to offer the best care to your dog.

Some of them may suffer from hip dysplasia. Dogs with this condition have a hip joint that is malformed. Their thighbone does not connect properly with the hip, which causes the two bones to rub against one another. This can be painful and may cause a dog to limp.

Another possible health problem for this breed is spinal spondylosis. This is a condition where bony growths are found along a dog’s spine. Some dogs don’t seem to be impacted by this condition, but for other dogs it can be very painful.

Health and Entertainment for your Saarloos Wolfdog

Degenerative Myelopathy is another health concern for these dogs. This is a condition in which the spinal cord loses its ability to function over time. Dogs with this condition will become uncoordinated and weak. Keeping your dog more active can help the condition, but most dogs will get progressively worse if they have degenerative myelopathy.

To recap, some possible health concerns for Saarloos Wolfdogs include:

A Saarloos Wolf are a very intelligent breed. They also can be very curious, and if not properly stimulated, both physically and mentally, may exhibit destructive behaviors. Saarloos Wolfdogs have a pack mentality, like their Eurasian Grey Wolf ancestors, so they can do well with other dogs. They can be very suspicious of new people, but are more likely to run away than to display aggressive traits. This breed can also have a more independent personality, but may also suffer from separation anxiety if left alone for too long.

How to Take Care of a Saarloos Wolfdog

A Saarloos Wolfdog is definitely a unique breed. The care you provide them will look different from what other breeds need.

Saarloos Wolfdogs are a very activity breed. When choosing a food for your dog, you may want to look well to a formula specifically designed for more active dogs. They are also large dogs, so be sure to select a large-breed formula. In general, a Saarloos Wolfdog will need to eat between 3 and 4 cups of food each day. The exact amount of food that will be right for your dog will depend on their activity level, metabolism, age, and health concerns. If you are not sure how much food your dog should eat each day, you can check with your veterinarian.

It is generally best to split the total amount of food your dog should eat each day into two servings. This can also help reduce the chances of bloat. A Saarloos Wolfdog puppy has a smaller stomach. They will need even more frequent and smaller meals throughout the day. Puppies younger than three or four months should be fed at least four times a day. After the age of four months, you can start decreasing the number of times you feed your dog every few months.

Grooming a Saarloos Wolfdog is easier than what is required for many other breeds. Their coat should be brushed about one or two times each week. This breed generally has two sheds each year; they are considered a moderate shedder. You shouldn’t worry about giving your dog frequent baths. Over-bathing a Saarloos Wolfdog can reduce the natural oils in their coat and may cause their coat to be less waterproof.

It will also be important to brush your dog’s teeth a few times each week. Their nails should also be clipped regularly to make sure they don’t get too long and make it painful for the dog to walk.

When these Wolfdogs are trained from a very early age by an experienced trainer, they can do very well. It will be important to be very consistent with your dog and assert yourself as the ‘top dog’ so they know where they stand in your ‘pack.’ Consistent training and clear rules can help prevent this breed from acting out or getting into trouble. Saarloos Wolfdogs are smart and enjoy learning new things, which can make training easier when it is done correctly.

It will be important to make sure your dog gets plenty of exercise every day. They should be taken for at least two longer walks each day. They could also benefit from jogging, hiking, running, or playing in a large, fenced-in backyard. Be cautious when giving a puppy exercise. Their bones and joints are still developing, and too much exercise could lead to joint problems.

If you bring home a Saarloos Wolfdog puppy, it will be very important to begin training it and socializing it right away. From the beginning, you need to make it clear to the puppy that you are the head of the ‘pack,’ otherwise they may decide they are in charge. Scheduling puppy playdates can help your dog learn how to interact with other dogs. It will be important to use a location other than your home for these playdates to prevent your dog from getting too territorial.

Before you bring home your new dog, find a veterinarian you trust. This way, you’ll have someone lined up when your dog needs to be examined, treated for an illness, or vaccinated. You will also want to make sure your home is ready for a puppy and make sure that you have purchased food and all the necessary supplies you’ll need.

Saarloos Wolfdogs aren’t always the best dog for families with children. If they don’t grow up around children and aren’t properly socialized, they may not interact with them appropriately.

Below you’ll find a few popular names for Saarloos Wolfdogs. Perhaps one of these will be the right fit for your new pup.

What is a Saarloos Wolfdog?

A Saarloos Wolfdog is a dog breed that was created by mixing a German Shepherd and a Eurasian Grey Wolf. The resulting breed is very active and likes to roam around. These dogs are large in size and very strong. They can be either wolf-grey, wolf-brown, red, or white in color. White is very rare, and wolf-brown and red are also rare due to the dominant gray genes in the breed.

How much does Saarloos Wolfdog cost to own?

Purchasing a Saarloos Wolfdog from a breeder can be expensive. A puppy can cost anywhere between $1,000 and $2,500. If you can find a Saarloos Wolfdog through a shelter or rescue organization, you should expect to pay about $300 to cover adoption fees and vaccinations.

When thinking about how much you’ll spend to bring home a Saarloos Wolfdog, be sure to also account for food, supplies, and veterinary care. These expenses can add up quickly, especially during the first year when you could easily spend over $1,000. You should continue to budget between $500 and $1,000 to cover these expenses every year you own your dog.

Is Saarloos Wolfdog good with kids?

A Saarloos Wolfdog is generally not recommended for families with young children. Unless they grow up with the children and are properly trained and socialized from a very early age, this breed doesn’t always do the best with kids.

A Saarloos Wolfdog can make a great pet for experienced owners who are prepared to meet its needs. This breed has high exercise needs and also needs to be mentally stimulated.

Saarloos Wolfdogs are not a very aggressive dog breed. However, they may try to chase smaller animals due to their wolf instincts. You will always want to put your dog on a leash when you go for a walk.

How big do Saarloos Wolfdogs get?

How long do Saarloos Wolfdogs live?

A Saarloos Wolfdog has a pretty average lifespan for a dog. Their lifespan is between 10 and 12 years.

Saarloos Wolfdogs are Omnivores, meaning they eat both plants and other animals.

What Kingdom do Saarloos Wolfdogs belong to?

What phylum do Saarloos Wolfdogs belong to?

What class do Saarloos Wolfdogs belong to?

What family do Saarloos Wolfdogs belong to?

What order to Saarloos Wolfdogs belong to?

What type of covering do Saarloos Wolfdogs have?

Saarloos Wolfdogs are covered in Hair.

What is the scientific name for the Saarloos Wolfdog?

The scientific name for the Saarloos Wolfdog is Canis lupus.