This breed is also known as the Czechoslovakian Vlcak (the name for the German Shepherd). 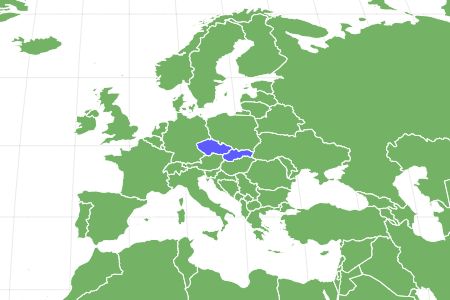 Czechoslovakian Wolfdog as a Pet:

View all of our Czechoslovakian Wolfdog pictures in the gallery.

View all of the Czechoslovakian Wolfdog images!

Powerful, loyal, and highly intelligent, the Czechoslovakian Wolfdog is the perfect choice for an owner who wants a big working breed with a bit of a wild side. There are lots of interesting facts about this breed. It was first created from a 1955 experiment to cross a German Shepherd with a Carpathian gray wolf, although dog makes up the bulk of its ancestry. The intention was to create a superior border patrol dog with some of the bold and fearless demeanor of a wolf. However, this versatile breed also excels at search and rescue, tracking, herding, and drafting duties. It proved popular enough to be recognized as a national breed in 1982. Although Czechoslovakia no longer exists (it dissolved into Slovakia and the Czech Republic in 1993), the name of this breed stuck.

Today the Czechoslovakian Wolfdog is formally a part of the American Kennel Club’s Foundation Stock Service, which provides support for prospective breeds seeking full recognition. The breed standards mandate a very strong wolf-like appearance with a powerful body, big muzzle, and erect ears. The short but dense coat only comes in gray, silver-gray, or yellow-gray colors with a light mask.

3 pros and cons of owning a Czechoslovakian Wolfdog

The Czechoslovakian Wolfdog is highly unusual in that there is no upper limit for its size. However, when making a direct size comparison, males are quite a bit larger than females.

The Czechoslovakian Wolfdog is a fairly healthy breed with a typical lifespan of 10 to 15 years, but it may be prone to hip and elbow problems, dental problems, eye conditions, and degenerative myelopathy (a nerve-related condition that affects the functioning of the spinal cord and limbs). It should receive a thorough health evaluation focusing on these particular issues. Other optional tests may include a pituitary dwarfism test, an autoimmune thyroiditis test, and a full cardiac evaluation.

Good breeders should perform many of these tests themselves. You may want to ask them to provide the results of these tests before purchase. You should also maintain regular appointments at the vet to catch health problems as early as possible. In summation, these are the most common health problems with the Czechoslovakian Wolfdog:

The Czechoslovakian Wolfdog has the enthusiastic personality of a typical working breed. It is intelligent, alert, protective, hard-working, energetic, confident, fearless, and very loyal to its owner. It is slightly more reserved than affectionate and sometimes treats its owner more like a pack leader than a member of the family. That doesn’t mean it’s incapable of showing affection; far from it. This breed is quite friendly and devoted. But it definitely thrives best when it has a job to do. As long as you keep it occupied with plenty of games, activities, exercise, and companionship, this breed will be on good behavior.

Health and Entertainment for your Czechoslovakian Wolfdog

How to Take Care of the Czechoslovakian Wolfdog

As an energetic and independent breed with an intense demeanor, the Czechoslovakian Wolfdog is not a good choice for novice or first-time owners. It needs someone who has plenty of experience with big, wolf-like working dogs and understands all the facts behind its care. This breed also needs plenty of physical space and does poorly in apartments. Owners should be prepared to spend a lot of time taking care of this breed.

The Czechoslovakian Wolfdog should do very well on a diet consisting purely of raw food, but grain-free kibble with raw supplements is an acceptable alternative. It will probably need at least three cups of food per day; the exact amount will, of course, depends on the size and activity level of your dog. Additionally, there are dog foods to help manage shedding, and legume-free dog foods that avoid certain ingredients linked to dog heart failure. Talk to your vet about the best options for your Czechoslovakian Wolfdog.

The opinion of A-Z Animals is that the best dog food for Czechoslovakian Wolfdogs is Stella & Chewy's Freeze-Dried Raw Dinner Patties.

This raw food’s meaty taste and high protein composition get to the heart of this wolf-derived breed’s instincts. This dog food is great for Czechoslovakian Wolfdogs’ actual hearts too, because it cuts out peas and other legumes that pose a heart failure risk. And the added taurine supports a strong heart too, as well as laser-sharp eyes. The calcium is good for their dental wellbeing and bones, with glucosamine and chondroitin to help combat hip and elbow dysplasia.

You can buy Stella and Chewy’s Freeze-Dried Raw Dinner Patties for your Czechoslovakian Wolfdog on amazon. 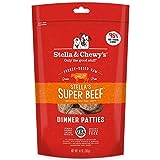 The Czechoslovakian Wolfdog is intelligent and trainable, eager to learn and perform tasks, but don’t expect the training process to be easy. This breed has a few challenging quirks and nuances that could make training difficult. First, you will need to earn the dog’s respect by establishing yourself as the strong pack leader. Second, this breed will grow bored very easily if you stick to repetitive tasks.

The most important thing is to be patient and consistent with your commands, but try to keep the dog engaged with interesting new activities. Positive reinforcement methods are also recommended, but don’t let the dog get away with bad behavior.

The Czechoslovakian Wolfdog will probably need at least an hour of exercise per day. They enjoy interacting with their owner through long walks, runs, swimming, hiking, and retrieving balls or flying discs. Because of its strong prey drive, it might not be a good idea to let it off the leash except in a yard with a very big fence.

A Czechoslovakian Wolfdog puppy should be trained and socialized early and often to prevent aggressive behavior and an unsociable temperament later in life. Classes can provide a system of support while also acclimating your puppy to the presence of other people and pets. Crate training can also provide a useful tool for housebreaking and behavioral issues. While a crate should not be used as a punishment (this breed would hardly tolerate being caged anyway), it can provide a safe space for your dog to relax when it’s feeling anxious or stressed.

For any questions about vaccines, spaying/neutering, and micro-chipping, you should talk with your vet.

The Czechoslovakian Wolfdog and Children

The Czechoslovakian Wolfdog is not a good choice for homes with younger children. While very loyal and protective, their large size and pack mentality may mean that they tend to only show respect and deference toward adults.

Dogs Similar to the Czechoslovakian Wolfdog

There are unfortunately few examples of famous Czechoslovakian Wolfdogs, but they are sometimes used as stand-ins for actual wolves in TV shows and movies.

Popular Names for the Czechoslovakian Wolfdog

If you’re still struggling to come up with a suitable name for your Czechoslovakian Wolfdog, then you might want to consider one of the following suggestions:

How much wolf is in a Czechoslovakian Wolfdog?

Many people may think this is a wolf hybrid, but actually, due to lots of careful breeding, the Czechoslovakian Wolfdog doesn’t contain that much wolf ancestry at all. Based on genetic analysis, it’s been estimated that anywhere between 6 to 12% is actually a pure wolf. While this breed does superficially resemble a wolf in appearance, it’s much more docile and smaller in its size in comparison to wild members of this species.

The Czechoslovakian Wolfdog is not your typical canine companion. It’s only recommended if you’re a big fan of this type of dog or you need some kind of working breed to help you. Since this breed is definitely not for everyone, you should be absolutely certain you are able to make the necessary investment to keep this dog happy and content. This is not a dog you can give up for adoption easily if you are struggling to get along with it.

Wolf-dog hybrids are illegal to purchase or own in some places, but the Czechoslovakian Wolfdog is usually considered to be a normal dog breed, not a wolf-dog hybrid, as it’s registered with several different kennel clubs. You might want to check the local laws of your state or country just to make sure, but there should be few barriers to ownership.

How do I pronounce Czechoslovakian Wolfdog?

The name is usually pronounced as Check-oh-slow-vah-kee-an or something similar. This is a combination of the terms Czech and Slovakian, two somewhat distinct entities that formed a single country in the aftermath of World War I. The country broke apart in 1993 after the collapse of the Communist government.

How healthy is a Czechoslovakian Wolfdog?

The Czechoslovakian Wolfdog is a healthy breed with an excellent lifespan, but it might be prone to several common canine conditions, including teeth problems, heart disease, and eye disorders.

What is the price of a Czechoslovakian Wolfdog?

The price of a new puppy from a trustworthy breeder will probably be at least $1,000, depending on several factors such as its pedigree and heritage. If you are unable to afford this price, then you might want to try adoption as an alternative. A list of trusted breeders and rescue organizations might be found by checking with the American Kennel Club, the Czechoslovakian Vlcak Club of America, and other clubs with which this breed is registered.