Click through all of our Desert images in the gallery. 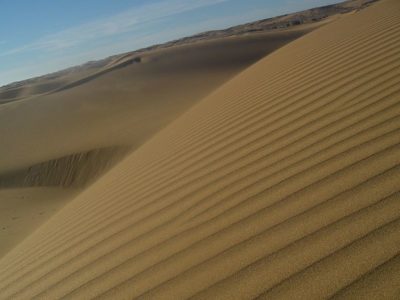 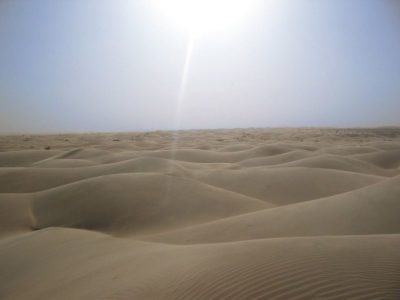 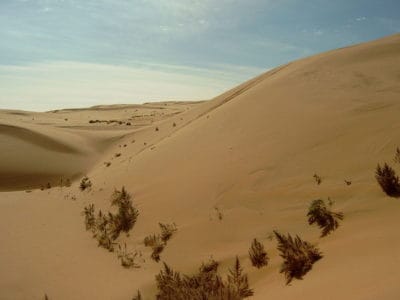 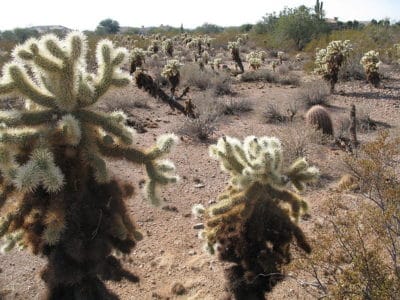 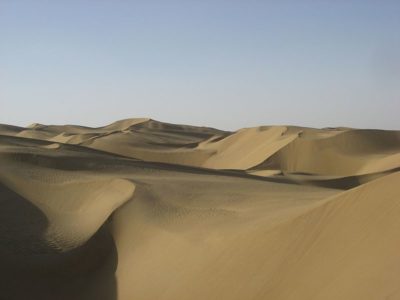 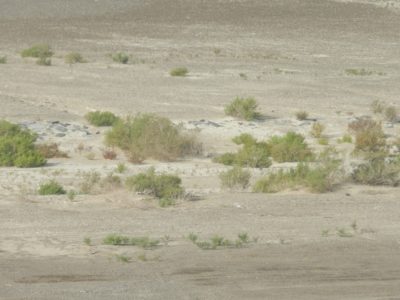 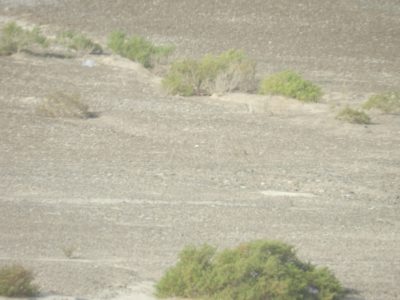 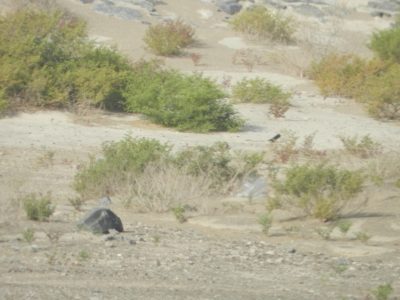 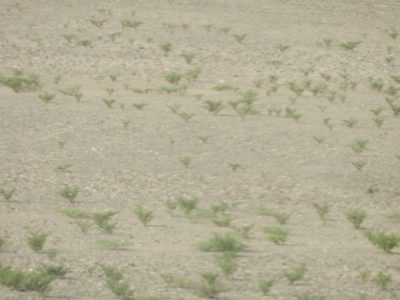 Deserts are dry, baron landscapes that receive intense sunshine and very little rain. Deserts are also known to be places of extremes from the climate to the life within them. There is a greater range of temperatures throughout the day in the desert, than in any other habitat on Earth ranging from below freezing during the night, to boiling in the middle of the day. There is also less than 250mm of rain to fall in the desert every year. There are two main types of desert, which are true deserts (hot deserts), which are found on either side of the tropics and semi-deserts, which are found on every continent often far from the tropical regions. The main difference between a true desert and a semi-desert is that a semi-desert receives at least twice as much rain per year as a true desert. The main exception to this is the Gobi desert, which is the largest desert region in Asia. The Gobi deserts stretches across China up to the Siberian Mountains, so the winters in the Gobi desert become very cold. However, there is still little rain as the mountains block the rain-clouds and therefore prevent them from reaching the desert. Wild bactrian camels are known to eat snow in the Gobi desert in order take in water. Although deserts are thought to hold very little life, there is in fact a great diversity of both plants animals that inhabit desert regions. Many of the animals that live in the desert have adapted to a nocturnal lifestyle, only coming above ground at night when it is cooler. Reptiles such as snakes and lizards, spiders, and small birds are the primary animals found in true deserts. In semi-deserts, where there are more plants there are even mammals such as rodents and meerkats. Most of the different animal species that inhabit deserts regions have slowly adapted to their dry and arid lifestyles, and have evolved in certain ways in order for them to take in and use water particles more effectively. A camel, for example, stores huge amounts of water in it’s hump so that it can cope in it’s dry environment, and the thorny devil found in Australia sucks water through channels in it’s body, from it’s feet to it’s mouth. Deserts habitats have been the least affected by the growing human populations, and so they remain relatively untouched. The main destruction of desert habitats comes from the extraction of oil from underneath the sand. Grazing animals such as goats are also known to cause havoc to desert plants, which in turn affects the animals that rely on those plants to survive.