World mythology is a fascinating subject to explore, partially because each culture has its own unique mythological story. Wherever you look, you’ll find new myths and hidden meanings.

Japan is no different, and it might even be more exciting to those who have never learned about eastern mythologies in general. Most, if not all, western mythologies are influenced by the myths of the proto-Indo-Europeans.

Those beliefs spread out from Eastern Europe or the Middle East, expanding across Europe and even making an impact as far south and east as India. Then, the subsequent Greek and Roman mythologies weaved themselves into nearly every European belief system in one way or another.

Alternatively, Japanese mythology developed independently of western mythology. The gods, figures, creatures, characters, and meanings are all unique to those that westerners are used to.

The books below were written for those with interest (but not expertise) in Japanese mythology. These are great jumping-off points for anyone looking to deepen their understanding. 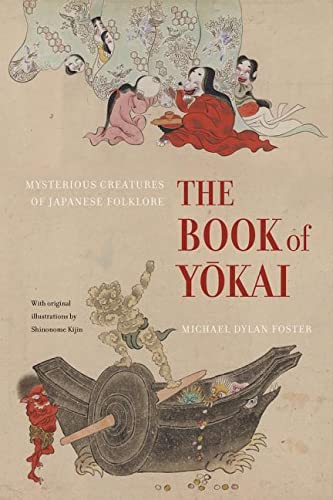 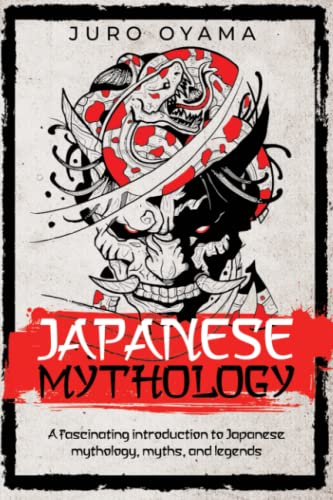 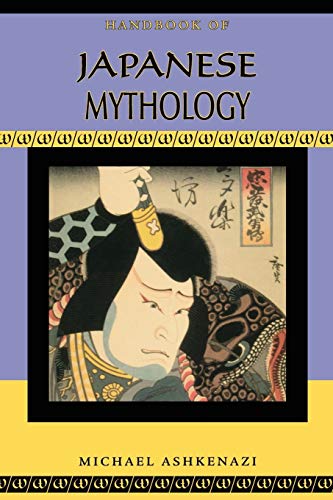 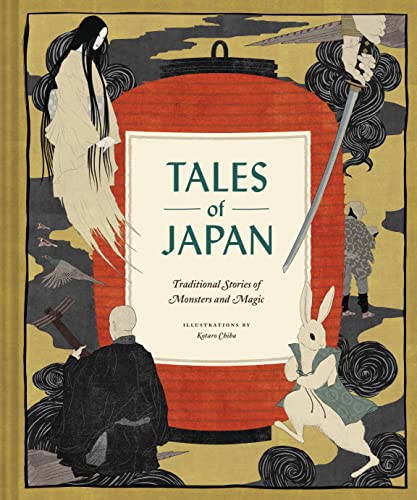 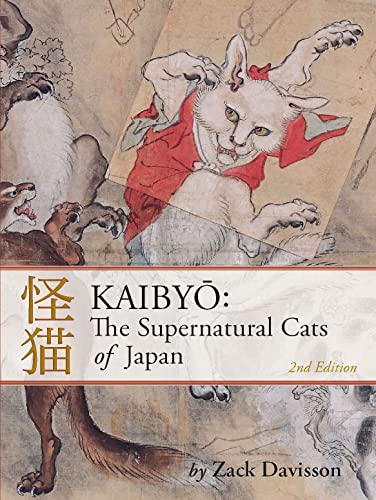 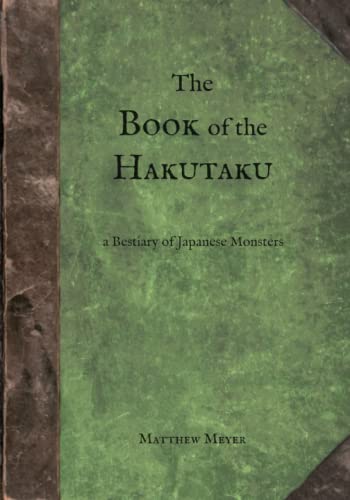 We chose The Book of Yokai: Mysterious Creatures of Japanese Folklore as our best book because it does the best job of incorporating Japanese culture’s global influence into the narrative about ancient mythology.

It relates to manga, anime, film, video games, and many other aspects of modern global culture with the historical roots of Japanese myth. The mythological figures of this pantheon are referred to as “yokai,” and this book does its best to examine their role in Japanese folklore.

In this analysis of yokai, the book taps into a deeper understanding of mythology and folklore in general, exploring how these stories are made and allowed to flourish. More specifically, the reader will get an appreciation of how individuals and cultures produce meaning and send it down the line to future generations.

The book is 331 pages long, has a superb 4.7-star rating on Amazon with over 1,550 ratings, and is available on Kindle and Audiobook.

The Pros and Cons of The Book of Yokai: Mysterious Creatures of Japanese Folklore

Japanese Mythology: A Fascinating Introduction is the perfect middle ground for anyone looking to have an enjoyable read while learning a great deal of information. It’s not a sleeper, in other words.

You’ll learn the fundamentals of Japanese mythology and all of its key characters without having to pull out a notebook to keep track of the information. Instead, you’ll get a sense of the respective stories and how they tie together into one big tapestry.

You’ll also develop an appreciation for how these stories and myths impacted and helped create Japan as we know it today. If you get engrossed in this book, you’ll certainly finish it with a much deeper appreciation for Japanese culture in general.

It’s a relatively brief book, too, coming in at just 101 pages. It’s available in Kindle and paperback formats and has a 4.5-star rating on Amazon.

The Pros and Cons of Japanese Mythology: A Fascinating Introduction

Most Comprehensive: Handbook of Japanese Mythology

Handbook of Japanese Mythology should be the go-to option for anyone who’s looking for a more academic understanding of Japanese mythology. That isn’t to say that this book is a dry read, though.

It’s just more comprehensive than most other non-academic books on the subject. The book uncovers the myths of various sects of Japanese culture, explores their roots, and offers context as to how they might be interpreted today.

You’ll learn about historical figures, real and mythological, appreciate events influenced by Japanese mythology, and even see how aspects of mythology impact behavior and rituals.

The book draws many crucial parallels between mythology and culture in Japan. For example, learn how myth influences beliefs about the imperial family or general attitudes toward societal norms within the country.

It’s 375 pages long, has an excellent 4.7-star rating on Amazon, and is available on paperback only. This book is also a part of the “Handbooks of World Mythology” series, which includes 8 books in total.

The Pros and Cons of Handbook of Japanese Mythology

Anyone with an interest in folklore or fairy tales will have a great time burning through these stories. It will feel similar to paging through a selection of Grimm’s Fairytales or revisiting Alice in Wonderland.

Chiba Kotaro compiles these traditional Japanese stories with exceptional skill, wit, and poetic faculty. The reader will find that they’re more engrossed in the prose than they might be if they read, say, Little Red Riding Hood, however.

These traditional tales are touching, scary, beautiful, and intriguing. You’ll find 15 stories included, each one as unique as the last. It’s impossible to get an appreciation for mythology without reading its source texts, and folktales are the original thing. Without folktales, there’s no mythology to analyze.

The book is 168 pages, available in Kindle and hardcover formats, and includes numerous beautiful images. Tales of Japan: Traditional Stories of Monsters and Magic also has a 4.8 rating on Amazon with over 1,860 reviews.

The Pros and Cons of Tales of Japan: Traditional Stories of Monsters and Magic

Best for Cat Lovers: Kaibyo: The Supernatural Cats of Japan

Did you know that Japanese mythology includes cats a lot more frequently than western mythologies do?

Cats have existed as important allies with humans in the fight against disease for thousands of years. As such, they’ve weaved their way into our cultural beliefs and mythologies – particularly those of Japan.

Japan features cats much more heavily, and the resulting characters are fascinating. Kaibyo: The Supernatural Cats of Japan explores these feline mythological figures in detail, covering their significance and providing beautiful paintings and other visual representations.

It’s the perfect coffee table piece for any cat lover with a little penchant for mythology. This is another book that’s not going to dive deeply into the roots of Japanese mythology, but rather explore some of its finest and furriest characters.

The Pros and Cons of Kaibyo: The Supernatural Cats of Japan

The Book of the Hakutaku: A Bestiary of Japanese Monsters (Yokai) Check Amazon

For those of you looking to see the gods as you learn about them, The Book of Hakutaku is an excellent choice.

The name of this book is ancient, although the collection of artistic renditions and stories was compiled recently. History tells us that a magical beast once gifted “The Book of Hakutaku” to an emperor, and this book contained visual and textual information about all of the entities of the spirit world—good and evil.

So, in that spirit, this book is a bestiary (a compendium of beasts) listing many of the predominant figures in Japanese mythology. It features over 100 spirits and is 228 pages long. It’s also available in paperback and Kindle formats.

The Pros and Cons of The Book of Hakutaku

How to Choose The Right Book About Japanese Mythology

For those of you looking to sit down and take notes on a book on Japanese mythology, we suggest the Handbook of Japanese Mythology. This is the option that will give you the best ratio of informational width and depth, allowing you to feel confident in your general understanding of the subject.

A handbook of some kind is a great place to start in any case. You can use the knowledge from more comprehensive texts to improve your experience reading more specific books, such as The Book of Yokai.

Those looking for a real-world understanding of the way Japanese mythology factors into modern life should pick up The Book of Yokai. If you’re not looking for a lot of history or analysis, look to purchase a collection of folktales or a compilation of stories like Tales of Japan—Traditional Stories of Monsters and Magic.

Folktales are really the source texts of mythology, and they’re usually very enjoyable. There’s a reason people have remembered and passed these stories along for centuries and centuries.

Reading a combination of informative, analytical, and compilation-style books may be the best way to get a well-rounded understanding of this subject.