The fastest species of primate in the world! 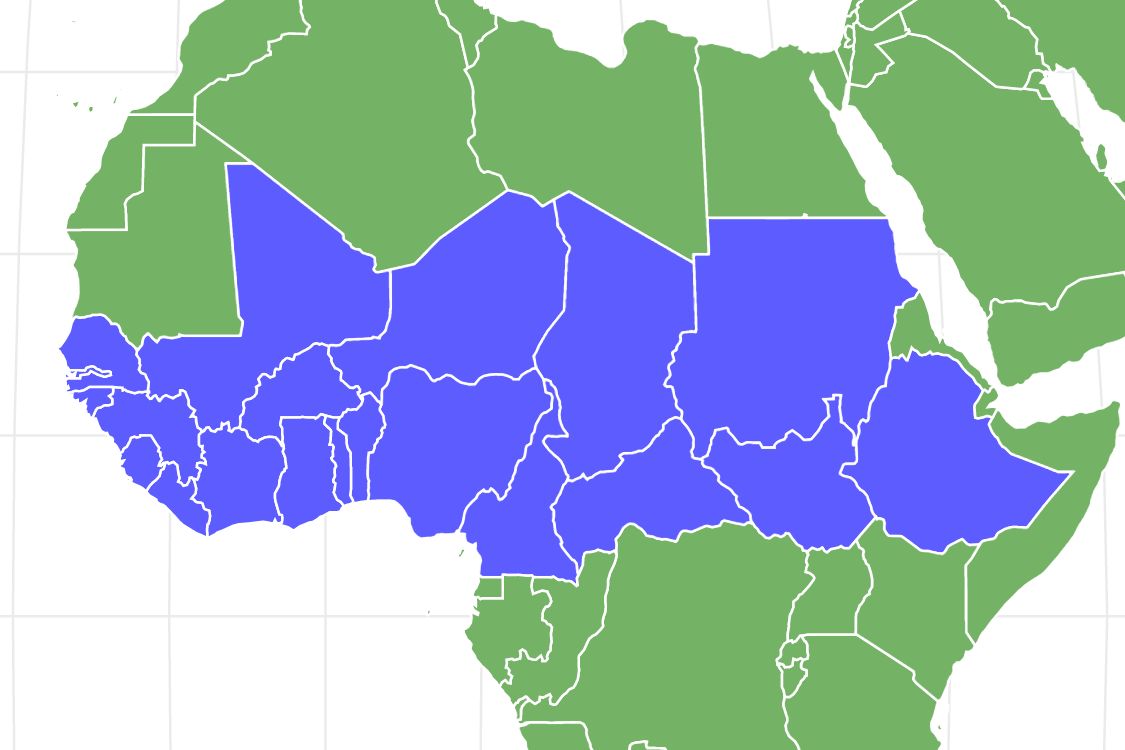 View all of our Patas Monkey pictures in the gallery.

View all of the Patas Monkey images!

The Patas Monkey is a medium to large sized species of Old World Monkey that is found inhabiting the open grasslands of Central Africa. Also known as the Military Monkey, the Hussar Monkey and the Red Guenon, the Patas Monkey is the only member of its genus due to the fact that it has long limbs and short digits which are adaptations that enable it to run at great speed (something that other Guenon species do not have). Thought to be closely related to Vervet Monkeys the Patas Monkey is found in areas with little cover and simply runs away if threatened. Their long back legs are so powerful that they are able to reach speeds of up to 35mph making them the fastest primates in the world. Due to the fact that Patas Monkeys are found in more open areas, they have not been as affected by deforestation in the same way as many other primates.

The Patas Monkey has a long and slimly built body covered in shaggy fur, which is white in colour on the underside and red on the back. Their long and powerful limbs are also white while their face is dark with a white moustache and beard, and a red cap with a heavy brow ridge that protects their eyes. They also have a distinctive black line that runs from the face up to the ear. Although male and female Patas Monkeys do look remarkably similar, the males tend to be larger in size and have a slight bump that protrudes from their head. Their lengthy limbs, hands and feet coupled with their short fingers and toes make them very adept at running at fast speeds across the open plains.

The Patas Monkey is natively found in a broad band throughout Central Africa that is bordered by the Sahara Desert to the north and the moist tropical conditions of the equatorial forests to the south. They can be found as far west as Senegal to Ethiopia in the east and as far south as Tanzania in the east and Cameroon in the west. Patas Monkeys inhabit savanna plains, open woodlands and grass steppe that is well vegetated. They are known to be quite adaptable animals that are also found in arid areas including the southern fringes of the Sahara Desert, flooded deltas and even in moist forest where land has been cleared by people. Due to the fact that Patas Monkeys rely more on the open country than they do dense jungle, they have even been able to move into areas that have been affected by deforestation and can also be found in agricultural plantations.

The Patas Monkey is a sociable animal that is found in troops of between 10 and 40 members with only one older, dominant male and the rest being females with their young. Unlike numerous other primate communities, Patas Monkey troops are led by the females who protect their home ranges from intrusion by other troops. Although the males will not usually get involved in these disputes they will sometimes sound a loud warning call to intimidate the rival group. The role of the male Patas Monkey is not only to breed with the females in the group but also to protect them from danger. Males linger on the outskirts of the troop and watch out for approaching danger, acting as a decoy to predators so the females and the young are able to run off and hide. However, despite spending time around them, there is little interaction between males and females outside of the breeding season.

Patas Monkeys are able to reproduce at age three for females and between four and five years old for males. They have strict mating seasons which coincide with the winter months either from June to September or October to January depending on the geographic location. After a gestation period that lasts for around five months a single infant is born that is nursed and cared for by its mother. Patas Monkeys become independent of their mother when they reach breeding age when males will leave the troop to either join an all-male juvenile group or will become solitary, until they are dominant enough to challenge older males for positions in troops with females. Young females however, remain in their natal group and will stay close to their mother for their whole lives.

The Patas Monkey is an omnivorous animal that consumes a wide range of both plant matter and small animals in order to survive. They primarily feed on Acacia fruits, galls and leaves along with other seasonal fruits, flowers and tree gum. Patas Monkeys are also known to eat insects, lizards and birds’ eggs along with raiding crops where they are often known to cause damage to the crops themselves. Due to their predominantly terrestrial nature, more than 85% of their food is thought to be collected on ground-level. Depending on where the local population lives water can sometimes be limited which can cause conflict between rival troops as they gather at water-holes to drink. Those populations however, that are found in the flood-lands have less conflict between each other for water.

Although comparatively little is known about the predation of Patas Monkey relative to similar species, it is generally thought that due to their size, they are preyed upon by numerous carnivores that share their habitats. Wild cats such as Leopards, Cheetahs and Lions are probably their most common predators along with Hyena, African Wild Dogs, Snakes and large Birds of Prey that hunt the smaller and more vulnerable young. They are also hunted by people for meat throughout much of their natural range but the biggest threat to Patas Monkey populations is thought to be the capture of them for sale either into the exotic pet trade or to science for medical research.

The smart red coat and solider-like white moustache of the Patas Monkey has led to them also being commonly known as “Military Monkeys”. Despite the fact that deforestation has been devastating for numerous primates not just in Africa but around the world, it has in fact provided more and more suitable areas for Patas Monkeys to inhabit. As they have evolved to life with very little cover, areas of forest that have been cleared by people have led to them being found in regions such as moist forest that they would not normally inhabit. When they are born, young Patas Monkeys are light brown all over and have pink coloured faces, which darken by the time they are about two months old.

Native people have hunted the Patas Monkey for meat throughout much of their vast natural range for years but they are also hunted for capture and sale into the exotic pet trade and to be sold to medical research. It is estimated that over 1,000 individuals are caught every year which is leading to population declines particularly in certain areas. In others where Human settlements are encroaching further and further into their natural habitats, Patas Monkeys have been known to strip crops, raid plantations for food and simply destroy others which has led to farmers often seeing them as pests. Many Patas Monkeys are shot by people who see them close to or on their land.

Today, the Patas Monkey is listed by the IUCN as a species that is of Least Concern from becoming extinct in the wild in the near future. However, due to the fact that the global population is not particularly large anyway, increased conservation of the species needs to occur to prevent populations from declining any further. There are 18 national parks and 11 reserves where Patas Monkeys can be found with some measures having been put into place to try and limit the number of individuals that can be captured from the wild.

View all 111 animals that start with P

Patas Monkeys are Omnivores, meaning they eat both plants and other animals.

What Kingdom do Patas Monkeys belong to?

What class do Patas Monkeys belong to?

What phylum to Patas Monkeys belong to?

What family do Patas Monkeys belong to?

What order do Patas Monkeys belong to?

What type of covering do Patas Monkeys have?

Patas Monkeys are covered in Hair.

What genus do Patas Monkeys belong to?

Where do Patas Monkeys live?

In what type of habitat do Patas Monkeys live?

What are some predators of Patas Monkeys?

Predators of Patas Monkeys include leopards, hyenas, and lions.

How many babies do Patas Monkeys have?

The average number of babies a Patas Monkey has is 1.

What is an interesting fact about Patas Monkeys?

Patas Monkeys are the fastest species of primate in the world!

What is the scientific name for the Patas Monkey?

The scientific name for the Patas Monkey is Erythrocebus patas.

What is the lifespan of a Patas Monkey?

How many species of Patas Monkey are there?

There is 1 species of Patas Monkey.

What is the biggest threat to the Patas Monkey?

The biggest threats to the Patas Monkey are hunting and capture.

What is another name for the Patas Monkey?

How fast is a Patas Monkey?

A Patas Monkey can travel at speeds of up to 35 miles per hour.

How to say Patas Monkey in ...