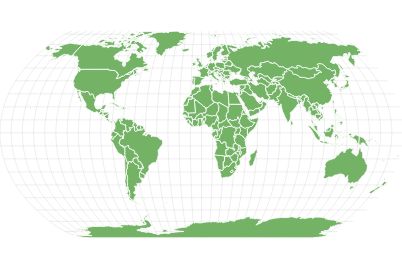 View all of our Pufferfish pictures in the gallery.

View all of the Pufferfish images!

The pufferfish is a survivalist that thrives in nearly every tropical aquatic environment.

From freshwater puffers to saltwater Takifugu, these fish make use of a variety of adaptations to keep themselves safe from predators and humans alike. In addition to the famous “puffing” technique, pufferfish can also attack with their beak-like teeth or poison an enemy with the toxins that they secret.

Although they are well-equipped to survive in the natural world, these fish still suffer under the exotic animal industry. Saltwater puffers are often hunted as a delicacy, and freshwater puffers are sold as pets. A few species of pufferfish have become near threatened as a result of this activity; however, overall, the species is considered to be low-concern.

The scientific name of the pufferfish family is Tetraodontidae. This name translates to “four toothed,” representing the four teeth that typically jut out from the fish’s mouth. These teeth are actually fused with the fish’s jaw, creating the resilience needed to break through hard shells.

There are at least 200 species of pufferfish in existence, which have been classified into 29 genera. Because these are such hardy and resilient fish, it’s easy for them to adapt freely to any environment.

Some of the most notable types of pufferfish include:

These fish come in a wide variety of sizes, colors, and adaptations. Some puffers are tiny, and others weigh up to 30 pounds. Some of these fish have delicate spines, while others are covered in harsh spikes. However, they all share the same core feature: an air sack that can inflate when the fish feels threatened.

Another feature that almost all of these fish share is the presence of either a sharp beak, a set of teeth, or both. Pufferfish use their beaks and teeth to break apart shellfish; they also use them to aggress against other fish and various types of predators. Even babies are capable of seriously injuring anything that drifts by.

Aside from these features, they actually have rather distinct forms and faces. Takifugu looks completely different from Nile puffers, and pygmy puffers are far smaller than any of the other members of their species.

These fish can be found in all of the warm regions of the world. Whether they prefer saltwater or freshwater, most types like to live in secluded areas with plenty of cover. This typically means coral reefs, reed-covered marshes, and anywhere else where water and vegetation coincide.

Because they are not fished as a source of food, there have been no official counts of the population. Although the majority of pufferfish are labeled as least concern, nearly all types of Takifugu are considered to be near threatened. The most vulnerable types are those that are used as either exotic food or exotic pets.

These fish are predators and are known for being rather aggressive in fighting other fish off from their territories. Pufferfish attack with their sharp hooked beaks, which are normally used for shelling mussels, crabs, and other shellfish.

Because they are covered in poisonous spikes, they have no real natural predators except sharks, which typically do not mind the presence of the poison.

The mating cycle is well-suited to this fish’s name. After two pufferfish have courted each other, the male pushed the female to a safe place along the shore. There, she lays her clutch of eggs, which are light enough to float on the surface of the water. The couple will likely remain in the area until the eggs are hatched.

Pufferfish eggs hatch within a week after they are laid. The baby pufferfish are usually too small to see, but they will grow quickly over the following months. A fully grown pufferfish can weigh as much as 30 pounds.

In the wild, most pufferfish live to be about 10 years old. Baby pufferfish do not stay with their parents and are usually eager to join the local ecosystem.

Pufferfish in Fishing and Cooking

Although pufferfish are toxic and are not considered food, they are still subject to fishing and poaching for the exotic industry. In particular, misconceptions about Asian cuisine have led to the popularity of a delicacy known as “fugu,” which is simply a slice of hopefully non-toxic pufferfish meat.

Otherwise, pufferfish is frequently sought after as aquarium pets. It’s not uncommon for wild pufferfish to be pulled out of their environment and sold as pets around the world. Freshwater pufferfish are particularly susceptible to this because they can survive in a normal aquarium environment.

Where are pufferfish found?

Pufferfish are found in the waters of nearly all tropical climates; some of them even swim as far as the temperate zones. In practice, this means you’ll find pufferfish near Southeast Asia, South America, and Africa.

Are pufferfish poisonous to touch?

Pufferfish are covered in spikes that drip with a deadly toxin. If predators make contact with the spikes, they will become sick and may even suffer a fatal injury. For this reason, it is not safe to touch a pufferfish with your bare hand.

What do pufferfish eat?

Pufferfish are carnivores that primarily eat shellfish. Pufferfish may also supplement their diet with smaller fish that cross their path.

Due to their toxicity, pufferfish have few natural predators. Tiger sharks often eat pufferfish, as do other species of shark.

Where do pufferfish live?

Pufferfish live in warm waters. They can be found in most tropical oceans and usually prefer to live near coral reefs.

Pufferfish is not well suited for cooking, so it tastes tough and bitter. Eating pufferfish can be deadly and is not recommended.

What Kingdom do Pufferfish belong to?

Pufferfish belong to the Kingdom Animalia.

What class do Pufferfish belong to?

Pufferfish belong to the class Actinopterygii.

What phylum to Pufferfish belong to?

Pufferfish belong to the phylum Chordata.

What family do Pufferfish belong to?

Pufferfish belong to the family Tetraodontidae.

What order do Pufferfish belong to?

Pufferfish belong to the order Tetraodontiformes.

What type of covering do Pufferfish have?

Pufferfish are covered in Spikes.

What are some distinguishing features of Pufferfish?

How many eggs do Pufferfish lay?

What is an interesting fact about Pufferfish?

Pufferfish are the second most poisonous creature in the world!

What is the scientific name for the Pufferfish?

The scientific name for the Pufferfish is Tetraodontidae.

What is the lifespan of a Pufferfish?

Pufferfish can live for 10 years.

What is the biggest threat to the Pufferfish?

The biggest threat to the Pufferfish is habitat loss.

What is the optimal pH for a Pufferfish?

What is another name for the Pufferfish?

The Pufferfish is also called the blowfish, balloonfish, or swellfish.

How many Pufferfish are left in the world?

The population size of the Pufferfish is unknown.

How do Pufferfish have babies?