Rabbits are mammals found in almost every part of the world except Antarctica. While these animals are kept as pets or even for their meat, little is known about them. We have put together 10 of the most incredible rabbit facts to quench your curiosity about these fluffy, pretty beings.

1. Rabbits are Not Rodents

While this might sound weird and even false, rabbits aren’t rodents. Although the rabbit looks like rats, squirrels, and hamsters, which belong to the Rodentia order, it is not a part of them. The rabbit belongs to the Lagomorpha order, which houses animals like the hare and the pika. As a lagomorph, the rabbit is a herbivorous (plant-eating) fast mammal. Its other unique traits include fluffy ears, bushy tails, and a high reproduction rate, making it different from rodents.

Before you cringe, you must know that it’s not exactly what you think. This characteristic is shared by all lagomorphs who produce two different kinds of droppings. First is the fecal pellets which are purely waste and are produced during the day. On the other hand, the caecal pellets or night feces produced at night contain nutrients essential to the rabbit’s well-being. These droppings are consumed by the rabbit immediately after they exit its anus.

While this may not look like it, a rabbit’s teeth never stop growing. Their teeth are always growing, and rabbits have to grind them by chewing all day long. This helps to keep their teeth in shape.

4. Rabbits Can Be Kept As Pets

5. Rabbits Are Incapable of Vomiting

Unlike many other animals, when rabbits ingest any food, it remains in their system even if it is toxic to them. They cannot vomit and would have to bear the consequences of whatever comes into their digestive system. This is why it is not advisable to feed a rabbit indiscriminately. It’s better to pay close attention to what’s healthy for the rabbit.

Most children’s books and animations portray rabbits as carrot-loving creatures. This leaves people with the idea that rabbits could give up anything to have carrots. While it’s true that rabbits like carrots, they would give up all the carrots in the world for bananas. Rabbits love bananas so much that they can eat lots of them. Unfortunately, the beloved banana is not the best thing to feed your rabbit. This is because of its high sugar content, which could cause an imbalance in the digestive tracts of the rabbit. So rabbit owners are advised not to give more than two tablespoons of diced banana to their pet, no matter how much it asks for more.

Rabbits can start reproducing as early as five to six months, and their gestation period is just a day over a month. They can produce up to twelve young ones in a single litter and can get pregnant again a few days after giving birth. A female rabbit can continue to have young ones for up to four years.

Female rabbits are great nursing mothers who do everything they can to keep their young ones safe. However, there are times when they turn on their young kits. This is usually done for the greater good of all. The litter can contain as many as 12 kits in rabbits, a high number of kits for one rabbit mother to handle. So they practice infanticide by killing and eating some of their young to reduce the strain on themselves, the kits, and the available resources. Such practices can also help stop the spread of diseases among the kits.

9. Female Rabbits are Prone to Cancer

While it is true that rabbits can live for up to 12 years in captivity or as pets, there is a high possibility female rabbits may never live that long. This anomaly is as a result of the female rabbit’s susceptibility to uterine cancer, which usually results from overgrowth in the female rabbit’s reproductive organs.

Rabbits are social animals that live together in groups called herds. Their group is like a society with rules, order, and hierarchy. Their hierarchy contains multiple circles that overlap, and all have a leader. Some rabbits are marabouts that belong to no particular circle but move between different circles. There are dominant and less dominant groups, and sometimes fights for dominance always transcend into fights for territories.

The 10 Oldest Languages in the World 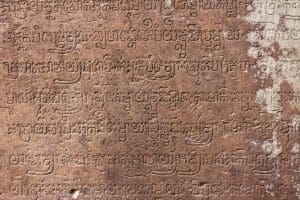