Click through all of our Pika images in the gallery. 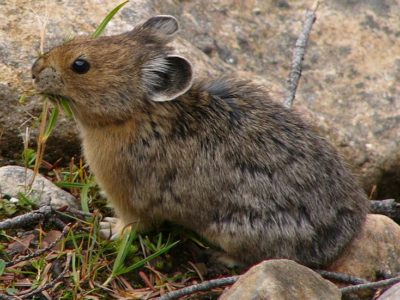 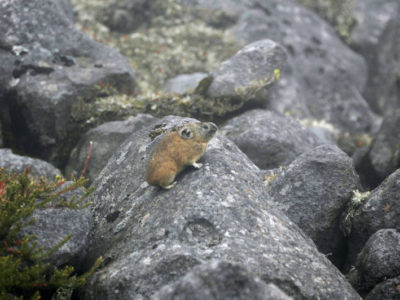 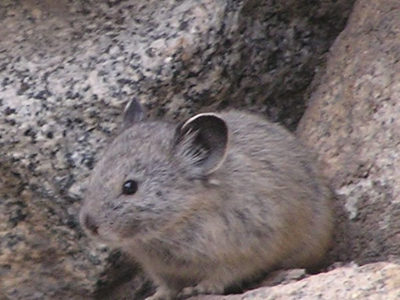 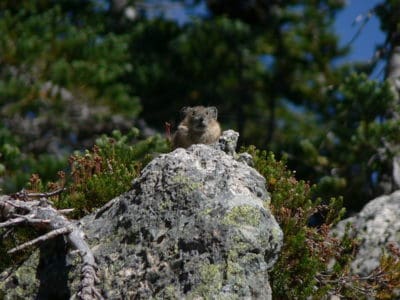 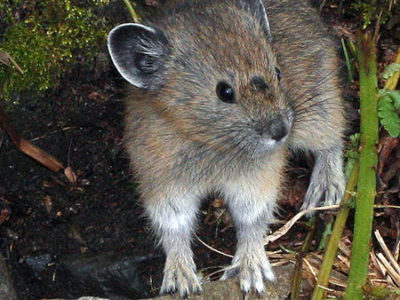 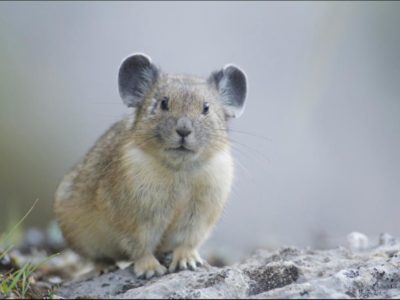 View all of the Pika images!

Parts of the Northern Hemisphere are home to the Pika. Even though they resemble a rat, their closest relatives in the animal kingdom are hares and rabbits. One of the ways you can tell you are looking at a Pika is that they don’t have tails. Their bodies are small and round.

The scientific name of the Pika is Ochotona Minor. It is part of the Mammalia class and the Ochotinade family. American Pika are a part of the lagomorph group and are also its smallest members.

The word Pika dates back to the years between 1820 and 1830. A German naturalist used it to describe the noise made by the Russian Pika, which means to squeak. Since Pika make a sound that is shrill, the word is used to describe the animal.

A Pika’s body is small and short. It has large, round ears. The average Pika is seven or eight inches long. In comparison, a bowling pin is twice as tall as a Pika. They weigh between 2.6 oz and 10 ounces, making them about the same weight as a hamster.

Either black or brown in color, a Pika has thick fur so that they don’t get cold during the winter months. The dark color of their fur helps them blend in with the rocks found in their natural surroundings.

When the weather warms up a Pika’s coat of fur thins out so they don’t get too hot in the sun. However, in extreme heat, their fur is still thick enough that they may suffer.

Pika are animals that live close to each other and in colonies. Within their colonies, each one has its own den. They warn each other if a predator is nearby and alert each other by whistling. This is the reason that Pika have large ears.

There are only certain places in the world where you can find a Pika. They are found in a few places in Europe, Asia, and North America.  Mountain meadows are generally located close to where Pika live, as they often live on cliffs.

Some Pika live at low altitude, like those living in California’s Lava Bed National Monument. Other states the Pika lives in are:

Pika can also be found in Western Canada.

Pika are herbivorous animals so their diet consists mainly of vegetables. During the day they will hunt for berries and seeds, but also thistles, grass, and weeds. Living in places with rocky mountain formations they collect food over the summer so that they aren’t hungry all winter.

Since they are so small Pika like to live away from other animals. But they are still vulnerable to predators. Weasels are their most common threat. Others include cats, birds of prey, foxes, eagles, coyotes, and dogs.

It isn’t just predators that are a threat to the Pika. Increasingly warm weather is decreasing the Pika population. When the outside air temperature is 77 degrees Fahrenheit, Pika cannot survive longer than six hours. They are in danger of becoming extinct if the world continues to get warmer.

Pika carry babies inside them for one month before the babies are born. The average size of a litter of Pika is three. However, they may only have two babies or they may have as many as six.

For the first month of a Pika’s life, they must remain with their mother. By the time they are three months old, they are considered an adult. When they become one year old, they are old enough to breed. The average lifespan of Pika rodents is six years. However, due to circumstances out of their control some only live for half that amount of time.

Because of global warming animal activists have been trying to get Pika declared in danger of extinction. As of 2020, this has not happened. Pika used to live in 29 different places all over California. Now they only live in 11 of those 29 places. This has caused concern among those who are interested in their well being.

Pika used to live in Zion National Park in Utah, but can no longer be found there. While some do still live in The Great Basin (located between Wasatch Mountains, in Utah, and both the Cascade Mountains and the Sierra Nevadas), a study showed that there was 44% less Pika in that area than there used to be. In both Nevada and Oregon, the Pika population is believed to be only 1/3 of what it previously was.

Since PIka are not domesticated animals it is not safe to hold them in captivity. They are not used to being near people. A Pika may react negatively when approached by a person.

Can You Get A Pika As A Pet?

No. Pika rodents are not an animal that should be kept as a pet. They need to live in certain conditions that cannot be provided by living in a home with people. A better choice in pets would be an animal related to a Pika, such as a rabbit.

As a member of the lagomorph group, a Pika is not a rodent even though many people feel it looks like one. It is a small animal that thrives in conditions rodents do not live in.

Are Pika herbivores, carnivores, or omnivores?

What Kingdom do Pika belong to?

Pika belong to the Kingdom Animalia.

What phylum do Pika belong to?

Pika belong to the phylum Chordata.

What class do Pika belong to?

Pika belong to the class Mammalia.

What family do Pika belong to?

Pika belong to the family Ochotonidae.

What order do Pika belong to?

Pika belong to the order Lagomorpha.

What genus do Pika belong to?

Pika belong to the genus Ochotona.

What type of covering do Pika have?

Pika are covered in Fur.

In what type of habitat do Pika live?

What is the main prey for Pikas?

What are some predators of Pika?

Predators of Pika include weasels, eagles, and dogs.

What is the average litter size for a Pika?

The average litter size for a Pika is 3.

What is an interesting fact about Pika?

Pika are found in mountainous regions and rocky areas.

What is the scientific name for the Pika?

The scientific name for the Pika is Ochotona Minor.

What is the lifespan of a Pika?

How fast is a Pika?

A Pika can travel at speeds of up to 15 miles per hour.