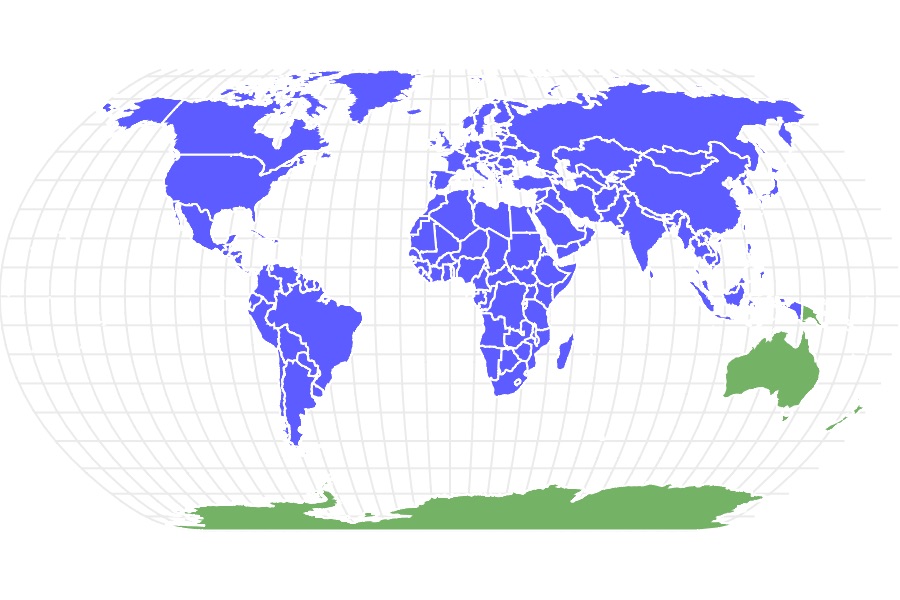 View all of our Squirrel pictures in the gallery.

View all of the Squirrel images!

A squirrel is small rodent with a full and bushy tail, and they are found all over the world.

There are more than 200 species of squirrels all over the world. They are mostly categorized into three different types – ground squirrels, tree squirrels, and flying squirrels.

The various types are differentiated by their size and where they live. According to reports, squirrels are found on every continent except Antarctica and Australia. They are also known for going into hibernation for long periods of time, and they go by the scientific name Sciuridae.

Some of the common types of squirrels include the Indian giant squirrel, the Western grey squirrel, and the American red squirrel. With the right habitat in care, you can also keep a squirrel as a pet.

Here are some of the interesting facts about squirrels:

The word Sciuridae is from the Latin word Sciurus, which means squirrel. The Latin root comes from a combination of two Greek words – skia (shade) and oura (tail).

These animals are small-sized, nimble rodents. Their bodies are slender, and they have large eyes and bushy tails. Their fur is short and silky and is very soft too. However, the thickness of the fur depends as well as varies from species to species. The fur comes in a variety of colors including grey, brown, yellow, red, black, and white. The color of the squirrels also depends on the type of squirrel.

Most species have small yet pointed ears with tiny, sharp claws, giving them the leverage that they need to climb trees quickly and with ease. The smallest squirrel is only 10 cm long while some of the largest squirrels in the world can have bodies of 30 to 50 cm in size. Their tails are even bigger, reaching a length of up to 60 cm in some species.

These animals can weigh about 1.5 kgs. The Indian giant squirrel is about 1.1 kg, featuring beautiful rust and black fur coat. Interestingly, a solid black coat is considered very rare in squirrels.

These rodents are warm and fuzzy animals, easily giving over their trust to humans. They can also be kept as a pet. They can come to eat from your hand if they trust you enough. They are also very intelligent, and their brain is known to be dedicated to visual functions.

As trusting as they may be, they might stare at a person to judge if the person is safe or unsafe for them. They will quickly climb up a tree in case they sense any danger at all. They are also known to be noisy animals and vocalize their thoughts by chattering, barking, purring, and screaming – especially during mating season.

To warn others of impending danger or potential suspicion, these rodents will wag their tails. They also prepare well for the winter when food may not be as plentiful. They prefer to store nuts, seeds, and other food items, but they won’t store everything in the same place. Instead, they choose different spots so that they can go back to them when the weather conditions turn harsh. They also hibernate during the winter season and usually dig burros and rest in them to protect themselves from the cold as well as harsh conditions. Learn more about other animal species that hibernate here.

These animals are most active during the day and during the dawn and at dusk. Flying squirrels, on the other hand, are known to be usually active during the night. They do not like the smell of white pepper, black pepper, and garlic, giving you an easy and non-toxic repellent to keep these critters away.

They usually nest on walnut, oak, pecan, hickory, maple, elm, and mulberry trees, giving them plenty of places to rest. Tree squirrels especially live in wooded areas and (as their name suggests) prefer living in the trees. Meanwhile, ground squirrels live on the ground, digging tunnels and burros to travel underground. These burrows are also used to hibernate and nest during the winter season.

These animals create their nests themselves with the help of twigs and leaves that they go around collecting. The inside lining of their nests is grass and leaves. Their nests are called dreys and they usually place them along branches or on buildings.

Some species might not end up making their own nests and could temporarily take shelter in holes and stumps. There are usually two types of nests that the animals make. They either make open nests that are used for sleeping or covered ones that are used for birthing as well as raising the babies.

Squirrels primarily eat seeds, nuts, fungi, and fruit. Apart from that they also feed on other plant matter. Some species are also omnivorous in times when food is not plentiful. However, they don’t feed on other mammals and are not so predatory. Instead, these animals take to feeding on eggs, insects, and some small invertebrates. For a complete list of foods squirrels eat, check out our “What Do Squirrels Eat?” page.

These rodents face threats from human activities like industrialization and deforestation which ultimately leads to their habitat loss and eradicates their population slowly. Habitat loss is also facilitated by urbanization as well as wildfires. There are also certain plants that threaten the natural habitat of the animal.

The Western grey squirrel was earlier considered a threatened species due to a disease that took much of its population. It also was put at risk for the many road accidents that killed these animals. The population has since recovered.

These animals are primarily herbivorous, consuming seeds, nuts, fruit, and fungi. When they need to round out their diet, they’ll seek out the eggs of other animals for an omnivorous diet. They aren’t avid predators, but they also will seek out insects and other invertebrates that will give the protein that they need.

Some of the common predators of these animals include red foxes, domestic cats, wild cats, dogs, badgers, polecats, and weasels. Large carnivorous birds like eagles also prey on squirrels.

These animals breed once or twice every year. They have a gestation period of 3 to 6 weeks, but it depends on the particular species. This rodent can mate as early as 1 year old, eventually having two litters of young. One of the litters is typically born at the end of spring, while the other is born at the end of summertime.

The babies open their eyes at 4 weeks of age. When they are 6 weeks old, they usually start venturing out of their nests. The babies are born blind and hairless, not weaning from their mother until they are about 6 to 10 weeks old. A baby is known to thrive most easily when they have the care of their mothers, giving them the best chance of survival.

The lifespan of the animal varies from species to species. In the wild, the lifespan can range from 5 to 10 years.

While the exact population of these animals that exist around the world is unknown, there are more than 200 species of squirrels. Most of them can be divided up by their method of travel, including ground squirrels, tree squirrels, and flying squirrels. However, the latter actually glides through the air, rather than flying.

Though the Western-grey squirrel was considered a threatened species at one time, the population has recovered.

Squirrels in the Zoo

Squirrels can be kept in zoos, though an experienced owner can also keep them as a pet. Zoos in nearly every state have exhibits with squirrels, making them easy to find. However, if you don’t want to go to the zoo, you might just need to venture to a local forest to find them.

Are Squirrels herbivores, carnivores, or omnivores?

While the usual diet of a squirrel is made up of nuts, seeds, and fruits, some of them are also omnivorous and can eat eggs, insects, and other small vertebrates when the food is scarce.

What Kingdom do Squirrels belong to?

Squirrels belong to the Kingdom Animalia.

What phylum do Squirrels belong to?

Squirrels belong to the phylum Chordata.

What class do Squirrels belong to?

Squirrels belong to the class Mammalia.

What family do Squirrels belong to?

Squirrels belong to the family Sciuridae.

What order do Squirrels belong to?

Squirrels belong to the order Rodentia.

What type of covering do Squirrels have?

Squirrels are covered in Fur.

In what type of habitat do Squirrels live?

What is the main prey for Squirrels?

What are some predators of Squirrels?

Predators of Squirrels include snakes, coyotes, and weasels.

How many babies do Squirrels have?

The average number of babies a Squirrel has is 3.

What is an interesting fact about Squirrels?

What is the scientific name for the Squirrel?

The scientific name for the Squirrel is Sciuridae.

How fast is a Squirrel?

A Squirrel can travel at speeds of up to 16 miles per hour.

What do you feed a baby squirrel?

You can feed the squirrel baby diluted milk, a few drops of curd, and glucose.

Squirrel poop largely resembles rat poop. However, they are larger, barrel-shaped pellets and are dark-brown in color.

What do squirrels hate the most?

Squirrels are repellent towards smells of white pepper, black pepper, and garlic – they find them very unpleasant.

What does it mean when a squirrel stare at you?

If a squirrel is staring at you, it is highly possible that it is judging if you are safe or unsafe. If it finds anything suspicious, the squirrel can quickly climb u the tree to protect itself.

Is a squirrel dangerous?

Squirrels are affectionate and are very trusting. If they trust you, they can come to eat from your hand as well. However, whether or not they are dangerous is unclear. Some say that they do carry diseases that they can pass to humans. Therefore, it is always better to stay protected and take precautions while coming in contact with squirrels.