Sheep are livestock animals about which most people don’t think twice. We know that they provide wool and bleat a fair amount. However, they are deeply interesting creatures with a storied past that intersects with human history. So, we’ve decided to give sheep a day in the spotlight.

We’ll take a look at 10 incredible sheep facts and show you that these mammals are quite special, if not integral to our way of life.

10. They Were the First Livestock Species to Be Domesticated

Sheep and goats were the first livestock species to be domesticated. This domestication event occurred in Southwest Asia around 10,000 BCE. Researchers believe that the domestic sheep is a descendant of the Asian mouflon. Sheep have since been selectively bred to produce large amounts of wool, milk, and meat.

Right now, it’s estimated that about 200 breeds of sheep exist today. These breeds are found worldwide, and they are the product of over 8,000 years of selective breeding by humans. Also, thousands of composite breeds have been created by crossing two or more of the typical breeds.

Some of the most popular sheep breeds in existence today include the Merino, Hampshire, and Suffolk sheep.

Sheep have decent depth perception, no blind spot in the front, and have anywhere between 320 and 340 degrees of vision. That means they can see predators that are coming their way and take measures to avoid them.

7. Sheep Can Get Stuck on Their Backs

When the weight of a sheep’s fleece gets too great or the sheep is pregnant, they can get stuck on their side or back. They’ll be unable to stand up without the assistance of a person. Sheep can die if they are stuck in this position.

Fortunately, it is easy to help these sheep regain their standing position. Simply walk over to the sheep and roll it over. Most of the time, they’re not too heavy.

Breeding sheep so that they can grow as much wool as possible has been a bit of a double-edged sword. While that means a herd can produce a ton of wool for their owners, it also means that the sheep must be sheared quite often. After all, their wool never stops growing in a lot of cases.

Several cases have emerged in recent years where a sheep has wandered off and been discovered years later covered in wool. In the case of Shrek the sheep, the poor creature was found with 60 pounds of wool after hiding in caves for six years.  He was finally caught and sheared, and he went on to live for another seven years.

5. They Have a Great Memory

Sheep are known to have a rather good memory. It’s believed that they can remember up to 50 sheep faces as well as some humans. Oddly enough, they do not recognize freshly sheared sheep even if they knew them before the shearing. That begs the question, would a sheep remember someone that had a large beard and shaved it?

4. Sheep Build Friendships with Others

As one might imagine, having such a good memory means that sheep can also remember their friends. They are social creatures that bond together in flocks, and they show preferential treatment to their friends. That also means they miss each other when one of their group members passes away.

3. They Were the Subjects of the Oldest Tattoo Art

Before the days of barbed wire bicep tattoos, the coolest ink you could get was apparently livestock. Some of the oldest tattoos ever recorded were found in Egypt. Mummies of people that lived about 5,000 years ago had tattoos that showed sheep and bulls. We aren’t sure if there is any significance to the subject of the tattoo, but it is interesting to see that the barbary sheep were worthy of marking one’s body that long ago.

2. About 1 Billion Sheep Exist in the World

Before you imagine that most of them are housed in New Zealand or Scotland, you should know that China has more of these animals in their nation than any other. China is believed to have close to 200 million sheep living within its borders.  Meanwhile, only about 5 million sheep live in the United States, a country that more often raises beef cattle, horses, chickens, and cows.

1. A Sheep Was the First Successfully Cloned Mammal

Some people might remember the controversy surrounding cloning in the 1990s. A lot of this stemmed from the development of Dolly the sheep. This sheep was the first mammal that was ever cloned from an adult cell, and she was named after Dolly Parton.

The sheep was born in Scotland at the Roslin Institute in February 1996. The announcement of Dolly’s birth was met with criticism about cloning and the role that humans were taking in animal development. Unfortunately, Dolly did not live long, and she was euthanized in 2003. The sheep was stuffed and remains at the Museum of Scotland.

All in all, sheep may not be the most exciting creatures, but they are interesting. They have several unique qualities that make them great livestock. Yet, we have to remember that they’re also intelligent, thoughtful beings that demonstrate caring for their herd members. As these 10 incredible sheep facts have shown, these animals are special. 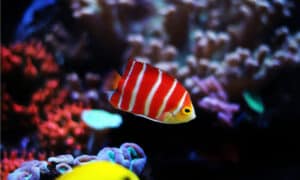