Adwo/Shutterstock.com
Share this post on:
More Great Content:
See a Wildebeest Launch Itself Over Two…
Watch These Elk Ramming Cars at Yellowstone,…
An Absolutely Gigantic Moose Makes These Grizzlies…
See The Footage of The Rarest Bear…
Woolly Mammoth vs Mastodon: What are the…
This Prankster Coyote Wasn’t Ready for a…

Tasmanian tigers are now extinct. However, they once lived throughout Australia, New Guinea, and Tasmania. Despite being called the Thylacine (Thylacinus cynocephalus) by researchers, many people refer to them as Tasmanian tigers due to the stripes along their backs. We are still unsure of where this creature may have originated from. However, the rock engravings of the Tasmanian tiger date back at least 1000 BC.

The following are ten interesting Tasmanian tiger facts that you won’t believe!

Tasmanian tigers were carnivorous marsupials. They were actually more closely related to the Tasmanian devil than they were to tigers. They got their name from their resemblance to tiger stripes on the lower back. Some people even refer to them as the Tasmanian wolf because of their dog-like appearance. Like other marsupials, including kangaroos, Tasmanian tigers also housed and carried their young in pouches.

2. The Tasmanian Tiger Was The World’s Largest Marsupial Carnivore

Tasmanian tigers were the largest marsupial predators before they became extinct. Like dingo dogs, Tasmanian tigers ranged in length from 39 to 51 inches. That’s about the size of a medium-sized dog. Their tails themselves were 1.5 to 2 feet in length as well. Tasmanian tigers could also weigh anywhere between 30 to 60 pounds, with the males slightly bigger than the females. Their coats were very thick and resembled a yellowish-brown color.

You may be shocked by the next Tasmanian tiger fact because, despite their size, they didn’t hunt large animals!

Tasmanian tigers were famed not only for their striking abilities but also for their large mouths. Tasmanian tigers are equipped with over forty sharp teeth. They could even open their mouths 120 degrees. Despite how large they could open their mouths, Tasmanian tigers had extremely weak jaw muscles. As a result, they had trouble catching prey such as kangaroos because their jaw muscles were too weak to grip such animals. The stress to their jaws was not worth it. This is why it is widely believed they would only go out of their way to hunt smaller more manageable prey.

4. Tasmanian Tigers Were Quite Timid

With a name like tiger, you would imagine a big ferocious animal that’s quite dangerous. However, this was actually the opposite for the Tasmanian tiger. These marsupials were actually very shy and timid. Tasmanian tigers would go out of their way to avoid humans because they were quite fearful. Due to their timid nature, they were much easier to capture by humans since they wouldn’t fight back. Researchers believe that Tasmanian tigers were also prone to death easily due to shock.

Tasmanian tigers would do most of their hunting at night. Throughout the day they would spend most of their time basking in the sun and catching up on sleep. In Tasmanian tigers, the pupils of their eyes are elliptical, similar to those of a cat. These eyes were incredibly important for their nighttime hunt as they allowed the Tasmanian tiger’s iris to contract and expand to the dark, as well as giving them better depth perception. Tasmanian tigers were known as ambush predators and would use their stealth to catch their next meal.

Just like other marsupials such as the kangaroo, Tasmanian tigers could also hop! On occasion, Tasmanian tigers have been noted to stand upright on their hind legs and hop when startled. Their strong tails acted as a sort of supporting stand that allowed them to remain in this upright position. The Tasmanian tigers would only use their bipedal hops when they were frightened and wished to run away as quickly as possible.

8. The Tasmanian Tiger Became Extinct Due To Hunting

In 2013, a study suggested that, although dingoes may have contributed to the thylacine’s demise on the mainland around 3,000 years ago, more significant factors were human population growth, technological advances, and abrupt climate change at the time.

Many people assumed that Tasmanian tigers were a threat to their livestock and hunted them down. These animals were also subject to government bounties, which contributed to their demise as well. Excessive hunting for the fur trade and for small animals that were essential components of the Tasmanian tiger’s diet also played an important role. The Tasmanian tiger’s prey and resources were diminishing, making it more difficult for it to feed.

Prior to being extinct, there was only one Tasmanian tiger still alive in captivity at the Beaumaris Zoo in Tasmania. He was the last of his kind and unfortunately ended up passing away due to carelessness. His enclosure was locked accidentally, leaving him exposed to freezing temperatures. What makes the whole situation even more unfortunate was that just a few months prior Tasmania had finally decided to list the Tasmanian tiger as an endangered species that must be protected.

10. Some Say That The Tasmanian Tiger Still Exists

Over the last century, some people claim to have seen Tasmanian tigers, even though they’re extinct. According to many experts, there are no credible resources or evidence in support of the statement that they may still be alive, leaving us with only wishful thinking. Sadly, the world has lost its last Tasmanian tiger. 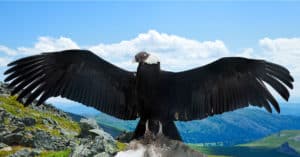