The bushmaster and the Gaboon viper are two dangerous snakes known for their sizes and venoms. The Gaboon viper (Bitis gabonica) is a viper of the Viperidae family, while the South American bushmaster (Lachesis muta) is a pit viper.

The major difference between pit vipers and vipers is that pit vipers are a subfamily of vipers. Vipers are snakes classified by their long solenoglyphous fangs, while pit vipers are vipers with infrared sensing pits. If you’ve ever wondered how different or similar these two species are, this article has all you need.

Comparing a Bush Master and a Gaboon Viper

Key Differences Between the Bushmaster Vs. Gaboon Viper

The key differences between the bushmaster and the Gaboon viper lie in their size, behavior, hunting style, and family.

The Gaboon viper is native to the African continent, while the South American bushmaster is mostly found in Southern America. Despite their different locations, both snakes favor forested areas, and due to their coloring, they find it easy to blend into their forest surroundings.

Bushmasters are regarded as the longest pit vipers in the world. On average, they grow between 78 to 120 inches but have also been known to attain 144 inches (12 feet). Weight-wise, bushmasters measure 6.6 to 10 pounds.

Bushmasters have broad heads and narrow necks to go with their lengths. Unlike a lot of snakes whose tails contribute significantly to their total length, these snakes have very short tails. This is one feature they share with Gaboon vipers, who also have really short and thin tails that strike a sharp contrast between their thick bodies. Gaboon vipers have triangular cream or white heads with dark blue-black triangles below each eye. Their necks are also very narrow despite their thick heads.

Color-wise, both species aren’t too different in the sense that their colorings allow them to hide and camouflage in the wild. The bushmaster has dorsal and ventral scales colored reddish, yellowish, or grayish-brown and is marked with dark brown or black dorsal blotches in triangular shapes.

Both snakes, being vipers, have solenoglyphous fangs. These fangs are hollow, foldable, and designed to inject their venom as deeply as possible, just like hypodermic needles. Solenoglyphous fangs transmit venom from the snakes into their prey faster than any other fang. They are the longest and most dangerous fangs found in snakes. Gaboon vipers’ fangs are much longer than bushmasters’ and measure up to 2 inches. This is massive considering that most snakes have fangs shorter than 1 inch.

Both snakes attack and defend themselves using only their venoms. They do not constrict or produce musk– which is a good thing, considering how venomous they are. Bushmasters hunt using their pits to detect large populations of prey. Their infrared vision enables them to lie hidden and wait for their prey to get close enough to strike. They are ambush predators who lie in wait for multiple weeks.

Bushmasters and Gaboon vipers are two extremely venomous snakes that produce extremely high amounts of venom, but the latter are more venomous. Not only is their venom more toxic, but they also produce larger amounts of venom than bushmasters.

According to Ernst and Zug (1996), bushmasters can produce up to 500mg of venom and need only 2.04mg/pound of the victim’s weight to kill them. This means a person weighing 150 pounds would die from 306 mg of venom.

Gaboon vipers, on the other hand, can kill a human with about 90-100 mg of venom. Considering that they can produce up to 600mg of venom, they are strong enough to kill six humans with a single bite! 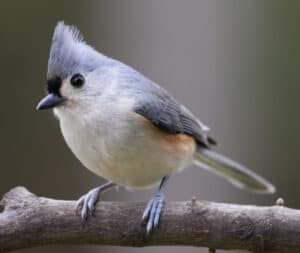