Discover the 2 Sea Snakes That Live Closest to US Beaches

Sea snakes are some of the most beautiful, interesting, and mysterious of all the world’s snakes. For many people in the United States, sea snakes aren’t something you see very often, if ever. Despite the immense coastline that the US has and the various oceans it borders, sea snakes just don’t live in our region of the world! Still, there have been a few instances in history where a sea snake has popped up, albeit rarely. Today, we are going to discover the sea snakes that live closest to US beaches, if there are any at all! Let’s get started.

What are sea snakes?

Sea snakes are a family of snakes that generally live in the water and are most often venomous. Almost all sea snakes belong to the Hydrophiinae and Laticaudinae subfamilies and can be broken into around 45 genera, each with its own species. Simply put, there are a lot of sea snakes in the world. Still, despite this, they are extremely rare in US territories.

Sea snakes are almost always found in the Indian Ocean and small portions of the Pacific Ocean. All of them have paddle tails and extremely dangerous venom. Let’s explore some of the species that could potentially be found in the United States.

The state of California is home to an immense coastline and borders the Pacific Ocean, the home of the world’s sea snakes. Even still, there are no sea snakes that are native to the state! Despite being in the Pacific, California is much too far for any species of sea snake to commonly make the swim from the nearest regions where they live, mostly around Australia.

Like California, Hawaii is a state bordering the Pacific, the home of sea snakes. Again, Hawaii is still much too far from the native habitats of sea snakes to be a regular home for these dangerous creatures. Still, like the yellow-bellied snake seen in 2015 in California, Hawaii does occasionally get a reptilian visitor from across the ocean. Since the state is closer to Australasia, there have been more documented sightings of yellow-bellied sea snakes. Currently, they have been around 20 total sightings in the state.

Despite being home to some of the highest concentrations of snakes in the US, Florida doesn’t have any sea snakes living in its waters. There is a group of snakes known as saltmarsh water snakes that frequent brackish water, but these snakes aren’t venomous and belong to a totally different family than true sea snakes. If you want to swim in Florida’s waters, sea snakes are the last things to worry about!

Although it’s not one of the states, Guam is an organized territory of the United States in the western Pacific Ocean. As such, it’s significantly closer to Australasia than any other large territory in the region. Still, despite being in such close proximity to where sea snakes live, there are no native sea snakes in the region.

The yellow-bellied sea snake has a black body, yellow belly, and a spotted, paddle-shaped tail. The yellow-lipped sea krait (also known as the banded sea krait) has black stripes, a yellow nose, and a blueish body. Both snakes are quite beautiful and equally dangerous. 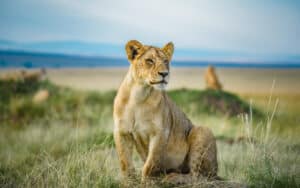