What often prevents more people from falling victim is that the banded krait does not always inject venom in a defensive bite. It saves the venom for hunting prey instead. 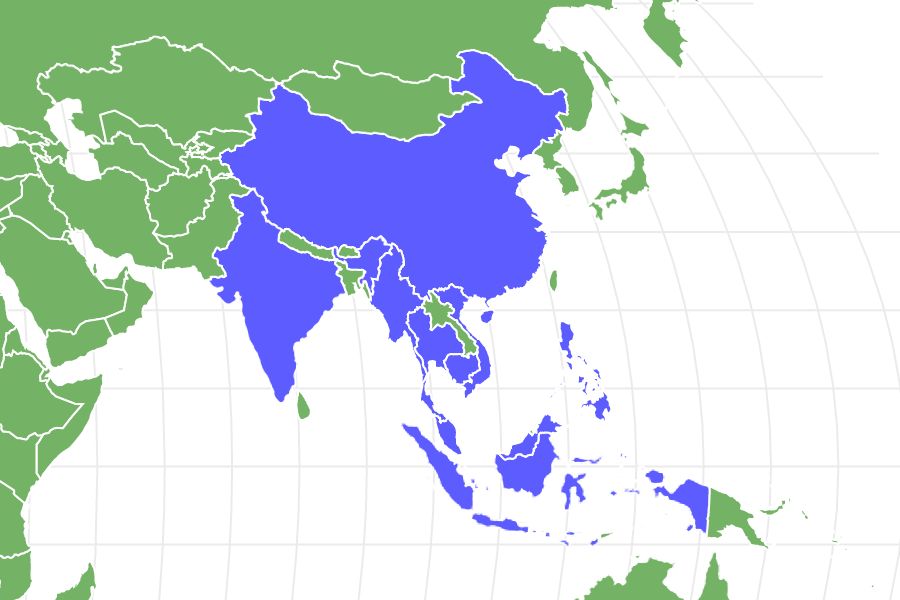 View all of our Banded Krait pictures in the gallery.

View all of the Banded Krait images!

The banded krait is among the most venomous snakes in all of Southeastern Asia.

Despite its highly toxic venom, the banded krait is shy and elusive. When approached during the day, it will assume a defensive posture at the first sign of contact. Nevertheless, you would not want to encounter a banded krait in the wild. This article will cover some interesting facts about the appearance, habitat, lifespan, and venom of the banded krait.

Where to Find Banded Kraits

The banded krait is widely distributed throughout Southeast Asia. The most common habitats include forests, open plains, and agricultural fields and plantations up to an altitude of some 5,000 feet. They are often found near termite mounds or rodent holes close to the water. Some of the countries in which they’re found include:

The scientific name of the banded krait is Bungarus fasciatus. Bungarus is the Telugu (a South Asian language) word for golden. Fasciatus comes from the Latin word for banded. There are approximately 16 species in this genus, including the Indian krait and the blue krait. There are no recognized subspecies despite its huge range.

This snake is sometimes accidentally mistaken for other species with a similar set of vertical bands. It should not be confused with the many-banded krait, a separate but closely related species. Both are part of the same genus of venomous kraits. Another species with which it’s commonly confused is the banded sea krait, also known as the yellow-lipped sea krait, but this species is part of an entirely separate genus and not as closely related.

The banded krait is considered to be a species of least concern by the IUCN Red List. Population numbers are unknown, but they do appear to be in decline throughout much of their range. Habitat loss is likely the reason for their decline, although it should be noted that this species can adapt surprisingly well to life near human settlements where there is plenty of food to hunt.

Here is how to identify the banded krait:

The banded krait has the ability to produce highly toxic venom that it injects into its victims with a painful bite. The venom attacks the nervous system directly. Some of the most common symptoms include bleeding, dizziness, abdominal pain, vomiting, diarrhea, paralysis, and even kidney damage. In a small number of cases, death can occur from respiratory failure if the victim has received a large enough dose of venom. Fortunately, treatment is usually effective enough to stave off the worst effects. What often prevents more people from falling victim is that the banded krait does not always inject venom in a defensive bite. It saves its venom for hunting prey instead.

Given the lethality of the venom, the banded krait is surprisingly timid and unaggressive toward people. Unless it is directly threatened or mishandled, the snake will usually try to avoid conflict. Most bites occur during the night, when they are more active and dangerous, whereas they tend to be sluggish and slow-moving during the daytime. If encountered, they will usually coil up and attempt to hide their head. They may also run away and hide in the nearest safe place. Nevertheless, because there is a small but real chance of death from its venom, this snake should be avoided at all costs.

They are considered to be highly venomous and dangerous.

How do banded kraits hunt?

The banded krait relies on its excellent sense of smell, along with its sight and ability to sense vibrations, to locate prey. This snake will strike quickly and subdue its prey with the venom. The prey is then swallowed whole.

That depends entirely on the time of day. This snake tends to be more aggressive at night than the daytime. But at either time they may bite if provoked.

Where do banded kraits live?

Banded kraits tend to live throughout Southeastern Asia. They can be found in many different habitats, including forests (including mangrove forests), open plains, and agricultural fields and plantations.

What do banded kraits eat?

How venomous is the banded krait?

The banded krait easily has enough venom to kill a person. It does not always inject a lot of venom in a defensive bite, but if it does happen to do so, then untreated cases result in a fatality rate of approximately 1 to 10 percent. Medical attention should be sought immediately, because the anti-venom is effective at preventing symptoms from deteriorating further.

How long is the banded krait?

The largest ever specimen reached a total length of around 7 feet and 5 inches, but most tend to be around 5 feet long. 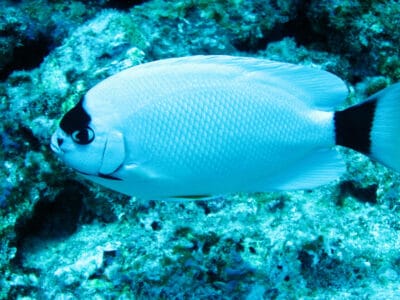