The timber rattlesnake, like many pit viper species, is big and bulky in form. The usual length of a timber rattlesnake is between three and five feet. However, it has been reported that these snakes have grown significantly larger.

The record for the biggest timber rattler was 6 feet, but, according to the most recent sources, the largest discovered to date is around 6.2 feet. Adult timber rattlesnakes are around 2.5-5 feet long on average, weighing between 1.1–3.3 lb. Most mature timber rattlesnakes are seen to be on the lower end of that spectrum. There have been stories of these snakes reaching up to 7 feet long. However, these claims are not substantiated.

The timber rattlesnake has 21–26 rows of dorsal scales in the middle of its body. The head of a timber rattlesnake is yellow, brown, or gray, with a dark line extending from each eye to the jaw. Yellow, tan, brown, or gray are some of the most common colors on their bodies. As the creature gets closer to the tail, its dark patterns become more V-shaped in appearance.

In the eastern United States, timber rattlesnakes can be found from East Texas to North Florida. This species prefers deciduous forests with a steep terrain as its primary habitat. Males and non-gravid females prefer deep wooded places with a more closed forest canopy, while pregnant females prefer open, rocky ledges with higher temperatures.

Aside from other snakes, the timber rattlesnakes’ primary prey is small mammals such as squirrels and rabbits. Even though they can eat other rattlesnakes, garter snakes are the most common food of timber rattlers. Logs that have fallen in a forest are commonly used as a perch from which timber rattlesnakes can strike their victim from an elevated position. Timber rattlesnakes, like many rattlesnakes, use chemical cues to locate ambush places and attack and track their prey until they are eaten. In addition to ground-dwelling birds like bobwhites, many passerine species have been documented as being hunted alongside mammals.

The venom of the timber rattlesnake, like that of other vipers, is lethal to humans. However, bites from a timber rattlesnake are quite uncommon. For example, timber rattlesnakes avoid human contact by remaining motionless or fleeing as much as possible. Getting bitten by a timber rattler can be harmful, but it’s extremely rare to die as a direct result. Although if left untreated, the bite can cause serious health complications. For instance, swelling and blackening of the skin near the bite site are common occurrences. Medical assistance should be sought as soon as possible if a venomous snake has bitten a person or animal to reduce the amount of tissue damage that may result.

The gopher snake bears a striking resemblance to the timber rattlesnake with its transverse, square, or diamond-shaped markings. There’s one distinct difference: if the gopher creates a rattling noise, it does so with its mouth rather than its tail. Gopher snakes also don’t elevate their tails while rattling but keep them lower to the ground. In comparison to rattlesnakes, the markings on the gopher are more distinct and darker.

Distinguishing Types of Rattlesnakes in the US

In North America, there are 15 species of rattlesnake, all venomous vipers. Easy ways to tell them apart is by where you are on the continent, coloration, size, and habitat. Rattlesnakes are thought to only inhabit the southwestern part of the U.S. into Mexico, however, several species inhabit the southeast up into the east coast pine and coastal forests. If you plan on traveling in the country and participating in outdoor activities, familiarize yourself with snakes in the area, especially these guys, so you can easily identify and react properly if you come across one.

The timber rattlesnake is categorized as endangered in several states, including Connecticut, Illinois, Indiana, Massachusetts, New Hampshire, New Jersey, New York, Vermont, and Virginia. Only one colony of timber rattlesnakes remains in the entire state of New Hampshire, having been eradicated from Maine and Rhode Island. In many Appalachian states, they are protected from extinction, yet their numbers continue to dwindle. This is a pity, as they are essential to our ecosystem’s functioning. While out for a walk, if you come across one of these snakes, please do not disturb it. Never attempt to handle a snake that you find on the ground, as this is how most people are bitten.

If you are curious to learn more about massive rattlesnakes, you’ve come to the right place! Follow up with these informative articles: 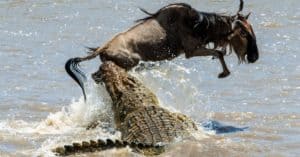