Larch vs. pine: how do you know which is which? Larch trees (trees in the Larix genus) and pine trees (trees in the Pinus genus) have a lot in common! Both are commonly found in northern parts of the United States, are conifers which produce needles and cones, and can reach staggering heights and old ages.

Because of these, many people have trouble separating larch trees and pine trees. How can you know if the coniferous tree you are looking at is a larch or a pine?

To help you differentiate these two trees, this article will compare and contrasts both trees and highlight similarities and differences.

Before we dive in, here are a few of the characteristics that larches and pines share:

However, there are also quite a few ways in which larches and pines differ. This article will discuss their histories, classification, differences in appearance, growth and reproduction, and uses. Let’s explore some key differences!

“Larches” are deciduous trees of the Larix genus, part of the Pinaceae family. Larch trees grow natively in Europe and North America in the northern hemisphere, with three types of tree species (and many different cultivars) native to the North American continent. Larches grow tall, typically reaching 40 to 100 feet high at maturity, with a spread of 20 to 30 feet across. Larches are deciduous conifers famous for having needles which turn a bright golden-yellow color in the autumn.

They then drop their clusters of soft needles in the late autumn or winter, leaving a tree with brown or gray bark bare during the winter. The trees then regrow green tufts of needles in the spring and colorful buds in various colors. These cones will eventually harden and turn brown, falling with the needles in the fall.

Larches live for a very long time. Depending on the larch species, they may grow to be 100 or 200 years old, as in the case of the eastern larch tree. However, other species, such as European larches, have had individual trees growing in the Alps for more than 600 years.

In comparison, pine trees are deciduous evergreen trees of the Pinus genus, which is also part of the Pinaceae family. Pine trees grow all over the world, but they are native to cooler climates of the northern hemisphere. Though experts disagree on the exact number of species, most authorities name between 105 and 124 pine tree species. In contrast to larches, which only have three species growing in North America, approximately 50 species of pine trees are growing on the continent. The height and width of the trees vary immensely depending on the species. The smallest pine tree may be only a few feet tall, while the tallest can reach 150 or 200 feet.

Pine trees are evergreen conifers which have thin, green needles. Unlike larches, which have needles that change color and fall each year, pine tree needles tend to retain their green color throughout the year. Eventually, pine needles do fall, but this can happen after multiple seasons and not fall simultaneously.

While larches live for a long time, their ages are rivaled by the age of pines! Pine trees can easily live hundreds of years, with the oldest reaching as old as 1,000 years. However, a particular species, Pinus longaeva, also known as the Great Basin Bristlecone Pine, is estimated to be the oldest tree. Pinus longaeva can reach as old as 5,000 years!

The appearance of Large Trees

In the northeastern part of the United States, larch trees, specifically the American larch (Larix laricina is a major tree species growing in the wooded landscape. The American larch, also called “tamarack” grows in boggy, swampy areas. In parts of the northeast, it is the only deciduous conifer tree – meaning that it is the only conifer to have needles that change color and fall in autumn. It keeps its small cones, which are between ½ and ¾ of an inch, throughout the winter. The cones produce oval, wing-shaped seeds that get disbursed by the wind. Afterward, cones can stay on the trees for years.

Each spring, the American larch produces tufts of soft green needles about 1 inch long and very dense. These dense clusters of 20 or 40 needles attach to “spur shoots.” The trees gain a light green color, and the needles provide a lackey appearance for the foliage during the summer. The trunk of the American larch tree is between 1 and 2 feet across and has brown or reddish-brown scaly bark.

Over years, larches grow to be between 40 and 100 feet tall with a total spread of 20 or 30. They can be larger or smaller depending on the species, with the American large typically reaching between 40 and 80 feet high.

The appearance of Pine Trees

Pine trees grow across the United States and vary immensely in size and appearance depending on their species. As an evergreen conifer, pines produce needles that grow in clusters. These needles range in size from about 3 to 5 inches long, varying based on the species and region they grow in. Some pine trees have significantly longer needles – sometimes even reaching 9 or 10 inches in length.

Unlike larches, pine tree needles do not turn a vibrant yellow color in the fall. While they may eventually fall off, the needles will just turn brown and gradually fall one by one rather than all at once in autumn. Pines also grow taller than most larch trees. At maturity, they have the potential to be between 15 to 150 feet tall and 2 to 50 feet wide, growing larger or smaller depending on the species.

Larch trees grow in various climates and soil conditions but generally prefer cooler temperatures. The American larch typically grows in wet or moist soils rich in organic matter. However, it can grow fairly well in arid soils where the water table is low but will die in drought. The ideal conditions will include moist, well-drained soil, such as that found around bodies of water. The lowest recorded temperatures for an American larch range between -20 and -79 degrees Fahrenheit, with the highest between 85 and 110 degrees Fahrenheit.

Pine trees can be found across a much wider range of geographies and climates. Pine trees grow naturally in the Northern Hemisphere, primarily in the northern temperate zone. However, various pine species grow in wide distribution, with some individual species of pine growing across the North American continent. For example, Pinus ponderosa, the “ponderosa pine,” grows from southern Canada to Mexico, from Nebraska and Oklahoma to California. Many pines grow best in well-drained sandy soil with ready access to nutrients, though a few species can grow well in wetter areas.

The Larix genus has 14 species and hybrids of larch trees, most of which can be found in Europe. However, in the United States, you will find that states such as Washington, Oregon, Montana, Minnesota, and West Virginia, are cool temperatures for larch trees to flourish. The two most common species in North America are Larix laricina, the American larch, and Larix occidentalis, the western Larch. The American larch is the most common larch tree in North America. They can be found across the northern part of the United States, growing to reach medium heights of up to 60 feet tall. The third North American larch species is Larix lyallii, the subalpine larch.

Other larch species, which are found in Europe and Asia, include:

In addition to these species, several hybrids and cultivars of species, such as the European larch, have been created.

Although experts disagree on how to best classify various species in the Pinus genus, one common way is to organize them into three groups: red pines; yellow, also called “hard,” pines; and white, also called “soft” pines. Yellow pines, of which there are many different species, have tough wood and small needle clusters. White pines, of which there are fewer species, have relatively soft wood and more needles in each cluster. Red pine trees have needles which grow in groups of two, yellow pine trees have needles that grow needles in sets of three, and white pines have needles growing in sets of five

Some of the most significant and common species of pines include:

The American larch and western larch are the dominant larch species in North America and are most often used. Western larch wood is often used as lumber for planks and boards, poles, railroad crossties, and pulp. Larch wood also appears in home interiors for flooring or doors. Larch wood is tough and durable. These qualities make it suitable for boats and outdoor constructions such as gazebos or fences.

Pine is one of the most widely-used and recognized woods. Pine is also commonly used for interiors and in building furniture, flooring, wood paneling, and other home uses. However, pine is also a major material cultivated for sap and resin and sold as firewood. Compared to larch, pine is also incredibly abundant and versatile! It grows across North America and is easy to work with. Because of this, it is used for a wide variety of purposes.

This article compares the trees of the Larix genus, larches, with the trees of the Pinus genus, pines. Though both are significant, long-living, coniferous trees, they are set apart from each other by some distinctive features. They differ in where they grow, species diversity, appearance, average size, and growth patterns. Hopefully, this article has equipped you to identify and appreciate both to a greater extent! Each plays a unique role in their habitats and is essential to North America’s biodiversity. 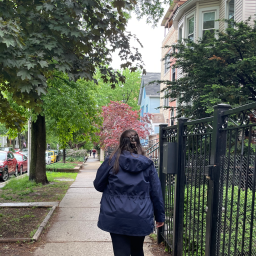 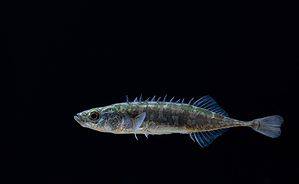