Kruger National Park is a national park in South Africa and one of Africa‘s largest wildlife reserves. It stretches 220 miles north to south and 40 miles east to west over the regions of Limpopo and Mpumalanga in northeastern South Africa, covering 7,576 square miles.

It’s home to approximately 500 species of birds, 100 reptiles, and almost 150 animals. There are many archaeological sites, and a breathtaking array of plants and flowers. Travelers may tour the park in a 4×4, go on a bush walk, or take a hot-air balloon ride.

A video uploaded by the popular Youtube channel, Latest Sightings, shows a group of tourists pulled over on the side of the road. Anytime you’re on a guided safari tour, you’re given a set of rules that are put in place for your safety.

Some of these rules include the obvious, such as staying in your car and avoiding watching an animal from too close a proximity. You’re not supposed to stand up through a sunroof or stick anything out of the vehicle. In fact, the windows of the car should remain closed to keep everyone inside safe.

A lion and lioness are enjoying a relaxing afternoon lying on the concrete road. The surrounding vehicles have several tourists that like to live life on the edge. Multiple people, including children, are seen hanging out of the car window trying to snap a once-in-a-lifetime photo of these gorgeous cats.

The average lion is five feet long and two feet tall at the shoulder, while some lions can grow to be as much as 10 feet long. Males may weigh up to 350 pounds and females up to 250 pounds! Big cats like lions are known for their ferocious roar. Their roar is used to both signal you’re in their territory and to locate far-off pride members.

While the lions are outnumbered in this situation, they are vastly more powerful and fast. It doesn’t take long for the people taking photos to bother the cats. The male quickly lets out a loud roar and lunges toward the kids hanging out of the window.

Luckily, both lions decide to turn around and head back into the Savannah. These cats are so fast that they can go from relaxing on the road to attacking a person in a car within a second. If these lions did decide to attack, the tourists wouldn’t have had enough time to react.

One commenter says, “If it weren’t for the lioness immediately walking away, I’d say the situation would have escalated quite a bit.”

Another mentions, “Those kids are lucky. They have NO IDEA how fast that lion could’ve snatched one, if not both.” Check out the video below to see just how quickly animals in the wild can react. 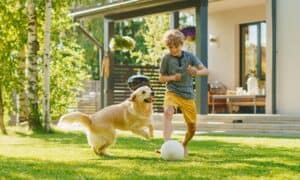 Male vs Female Anna’s Hummingbird: What Are the Differences? 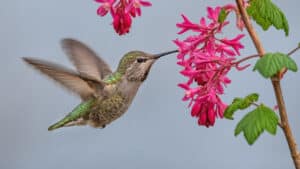