GUIDO BISSATTINI/Shutterstock.com
Share this post on:
More Great Content:
See a Wildebeest Launch Itself Over Two…
Lions vs Tigers - 5 Key Differences…
How Long Do Lions Live: The Oldest…
Animals That Can Kill a Lion
This Lion Was So Big It Hunted…
Lion Predators: What Eats Lions?

Because they represent boldness, endurance, and force more than any other creature in the African wilderness, lions are one of the continent’s most famous animals. Lions are the laziest of the big cats, sleeping or relaxing for up to 20 hours per day. They can be observed napping in the shade or reclining on their backs with their feet raised. They are incredibly affectionate with one another while lounging, touching heads, licking, and purring.

Although lions may go up to four days without drinking, they will often drink water if it is accessible. Lions do require food each day. While adult male lions consume 16 pounds or more of meat daily, mature female lions only require about 11 pounds. They have been found to hunt rodents, birds, rabbits, lizards, and tortoises in addition to the larger herbivores like zebra, antelope, and buffalo. The majority of the pride’s hunters are lionesses.

In southwest Kenya, close to the Tanzanian border, is the Maasai Mara National Reserve, a protected savannah wilderness. That’s where a pair of lionesses decided to hunt one of the biggest antelopes in the world, the Eland! The two visually are much smaller than the antelope, but that doesn’t stop them from taking a chance.

Eland, the largest bovid in Africa, is also the slowest antelope. Its top speed is only around 40 kph (25 mph), yet it has a 3 m (10 ft) leap from standing still. The lack of speed is shown when the two lions easily attack the elands back legs. They drag the animal down by the rear legs, making it nearly impossible for it to fight back.

Lions use ambushes to hunt. The smaller lionesses are known to herd the prey toward the center as they fan out and form a semicircle. Lions have a distinct edge when hunting at night since their vision is around six times more sensitive to light than that of humans. When a lion wants to approach a kill, it can exert incredible control because of its retractable claws, which may extend up to 1 ½ inch in length.

Unfortunately for the large antelope in this video, the lions have captured what’s about to be their dinner. They move from the back legs up to the eland’s face. There’s no denying that these animals are a natural food source for large predators like big cats and this is simply raw wildlife being captured on film.

The top comment on the footage says what we’re all thinking while watching the video. It reads, “That lioness is obviously a very skilled hunter and knew what she was doing, very impressive.” Take a look at the attack below.

Is This Normal Behavior for Lions?

Is it normal for lions to seemingly subdue an animal so easily? As far as size goes, elands are 9 times heavier than lions. Elands are also strong, hearty animals. In spite of this, it is not unusual for a single lion to bring down an eland. Lions are one of the main predators of elands, along with cheetahs, spotted hyenas, and African wild dogs. Typically, young elands are more vulnerable than adults to becoming prey for these predators, but all elands are fair game on the food chain. 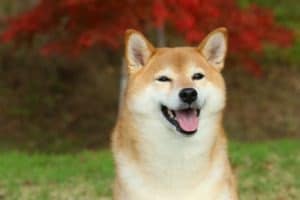 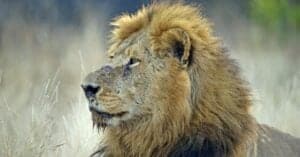