Poovanese vs Havapoo: The Key Differences

Written by Colby Maxwell
Published: August 10, 2022
© Tryon Pics/Shutterstock.com
Share this post on:
More Great Content:
Dogs With The Highest Bite Force
This Prankster Coyote Wasn’t Ready for a…
The 10 Most Dangerous Dog Breeds in…
Belgian Shepherd vs German Shepherd: 5 Key…
The Top 8 Oldest Dogs Ever
American Bully Vs American Bulldog: Is There…

The Poovanese and Havapoo are silly-sounding names for dogs initially bred during the poodle craze of the late 1900s, but what makes them different? Today, we will take a look at these dogs and discover what makes them special. Let’s compare the Poovanese vs the Havapoo and know if there is a difference.

What is the difference between a Poovanese and a Havapoo?

Although the Poovanese and Havapoo have different names, they are actually the same breed of dog!

Where did the Poovanese and Havapoo come from?

The Poovanese and Havapoo are different names for a cross between a Havanese and a Poodle. During the late 20th century, “designer breeders” began to breed various dogs with poodles for certain traits. These poodle hybrids were marketed as hypoallergenic dogs that didn’t shed, although that isn’t exactly true.

During the poodle-cross craze, popular dogs such as the Goldendoodle, Labradoodle, and more were created. Near the end of this designer-breed creation, the Havapoo/Poovanese was created. The Havanese is an old breed that descends from Havana, Cuba, where it was a royal lapdog for the ruling family. These small, affectionate dogs also belong to the Bichon group, along with the Bichon Frise and the Maltese. The other half of the equation is the poodle.

Poodles are among the most well-known dog breeds, originally hailing from Germany or France around the 14th century. They come in three sizes; standard, mini, and toy. Standard poodles are the largest, while toy poodles are the smallest. Havapoos/Poovanese get their size from the poodle parent, with most of the breeds being bred from mini or toy poodles.

These dog breeds are a hybrid breed, meaning there is no official breed standard for them. Additionally, there are a lot of variances since their gene pool comes from two different breeds. Hybrid dogs usually resemble one of their parents more dominantly.

Poovanese/Havapoos can come in many colors, including black, white, brown, tan, grey, silver, and apricot. They also have two primary fur types; dense and curly or long and silky. Dogs who trend more towards the poodle heritage usually have dense and curly fur, while dogs who trend towards the Havanese have long and silky fur. Additionally, they can be an even mixture of both and look different than any “standard” hybrid breed.

Since these dogs are the same breed, just with different names, they cost the same. Most registered breeders sell their puppies for $1,000-$2,000, although specialty breeders can charge up to $5,000. Non-registered dogs can go for as little as $600-$900. 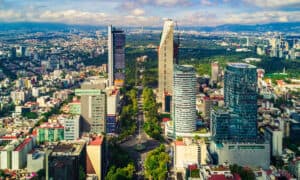