The rock crab and stone crab are two of the tastiest species to swim in our planet’s waters. Despite their flavor, these crabs are pretty small, and yet, they are quite different. And despite being popular prey, neither of these species is on the danger list or about to go extinct, even though the meat of the rock crab is so popular in California, and the stone crab‘s claws are popular worldwide. So, let’s delve deeper into the mysteries of the rock crab vs. stone crab as we compare the sizes, behaviors, diets, and more of these fascinating crustaceans.

Rock crabs are slightly larger than stone crabs. But no matter their sizes, fishermen catch these crustaceans for their delicious meat, which is flaky but difficult to remove in one piece. However, given a choice between these two crustaceans, fishers are fonder of the stone crab because of its large pincers. They will carefully remove the pincers and return the crab to the water, where they will regrow, but this process can take up to three years. Also, the pincers will keep regrowing until the crab is around two and a half years old.

Rock crabs are solitary in their behavior and are quick and aggressive when they spot prey, contributing to their scientific name, Cancer productus, which means “to lead forward.” In addition, the rock crab males often fight each other during mating season to get to the female crabs.

Stone crabs will not go out of their way to attack humans or inflict pain on them, but if you happen to get your finger caught in one of their pincers, which has a crushing downforce of 19,000 pounds per square inch, you could have a nasty bruise or a broken finger.

Rock Crabs vs. Stone Crabs: Where Are They Found?

Rock crabs are crustacean decapods found along the Pacific coast and have become a favorite dish in California, where they are fished by locals and sold commercially. These crabs prefer fresh water and are known to live and forage in water up to 300 feet deep below the surface of the ocean. There are three types of Rock Crab, Yellow, Red, and Brown variety.

Stone Crabs’ biggest population is in Florida, and they also populate the waterways in Belize, North Carolina, the Greater Antilles, and the Yucatan Peninsula.

Rock crabs are both predators and scavengers and will eat a variety of invertebrates. Their strong, crushing claws also allow them to prey on heavy-shelled animals such as snails, abalone, barnacles, and oysters.

Rock crabs are dioecious, which means there are definite males and females in the species that reproduce sexually. Mating occurs in summer when the female crabs are in their soft-shell state of molting. Female rock crabs release a pheromone in their urine to attract males and stimulate their behavior. The female rock crab produces approximately 100,000 eggs. The baby crabs start in a larval form when they first hatch from the eggs. After being released and scattered throughout their environment, they remain in the eggs until they hatch into tiny larvae after four months. The young crabs do not receive any form of parental care during the developmental process and look different from the adult crab as they are often white or have red and white stripes.

Stone crabs usually mate in the fall, September through November, corresponding to peak molting times in the stone crab females. Females store sperm in special sacs they receive during mating and use it to fertilize their egg mass, the sponge. Stone crabs mate after molting, and the ovarian development is complete after fertilization. The female will then deposit her eggs in a sponge or external mass beneath her abdomen. She can produce and fertilize up to 1,000,000 eggs and is known to be ovigerous (egg-bearing) during this time.

Rock Crabs and Stone Crabs do not bite, so they do not have a bite force. Instead, these crabs use their pincers or claws to crush open the skeletons of their prey. Stone Crabs have hugely powerful pincers and can exert forces of 19,000 to 21,000 pounds per square inch. Ultimately, crabs can generate about 90 times their body weight in pinch force. In human terms, this is a pinch strength to weight ratio of approximately 50,000 to 60,000 pounds per square inch.

These crabs are fortunate because they don’t have many predators. But those that prey on rock crabs include humans, seals, river otters, sea otters, large fish, and other crabs. People like hunting these crabs for their delicate flavor.

Discover the Fastest Animals in California 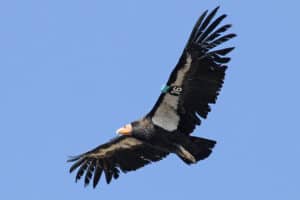