Females can lay up to a million eggs in one sitting

Colour
Skin Type
Exoskeleton
Lifespan
Males: 7 years Females: 8 years
Length
Between 5½ to 6 inches at the carapace (the widest part of the crab)

Click through all of our Stone Crab images in the gallery. 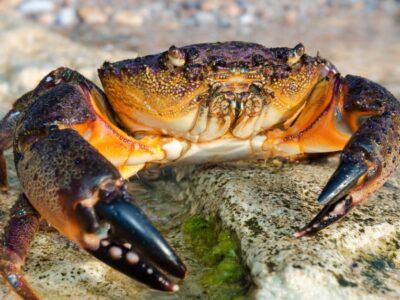 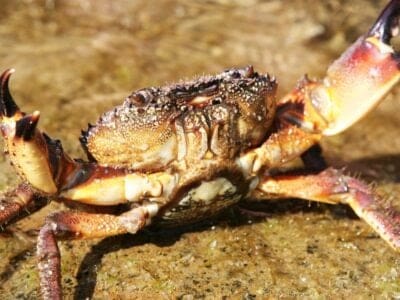 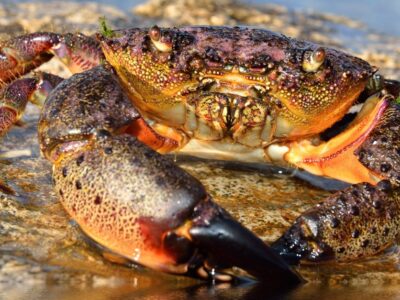 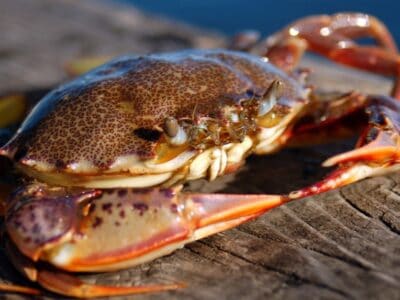 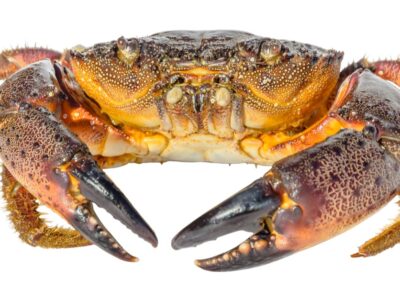 View all of the Stone Crab images!

Over 90 percent of marketed stone crabs come out of Florida.

In fact, the animals are often referred to as Florida stone crabs. But you can find this crab in offshore and coastal waters from Belize to North Carolina. They also populate the waters of Mexico‘s gulf, the Greater Antilles, the Bahamas, and the Yucatan Peninsula. The stone crab’s claws are an expensive global delicacy.

Here are five cool things you likely didn’t know about the stone crab.

While the stone crab consists of two species, the Menippe mercenaria and the M. adina, the M. adina (or gulf stone crab) is often seen as a subspecies of the M. mercenaria.

The two species do create hybrids through interbreeding while both are usually considered one species for the purpose of commercial fishing.

The stone crab is a member of the Animalia family. This is a broad term for any eukaryotic, multicellular organism that consumes organic material, is able to move, reproduces through sexual contact, and breathes oxygen. The category includes humans.

Inside of the Southeastern United States, there are two unique species of stone crabs. The Menippe mercenaria is found in Florida’s peninsula. The Menippe adina swims in the western and northern Gulf of Mexico waters.

The two species are unique through their genetics and coloration. There are also differentiating traits regarding reproduction, temperature tolerance, salinity, and ecology.

Here are several characteristics that separate the species.

The animal is brownish red with grayish spots and a tan belly. Their large pincers have black tips and the sizes are unequal.

The stone crab’s shell, or carapace, is about four inches wide and between three to 3.5 inches long. The carapace is smooth, oval, and convex.

The trunk’s composed of 14 parts. The crabs have five pairs of walking legs that have distal hairs and yellow and reddish bands.

The baby crab has a white spot on the middle segment of the animal’s endopod. As they grow into juveniles, the baby crab will develop a dark purple-blue color.

Their dark color lets them blend into mud substrates, allowing them to better conceal themselves against predators.

Here are facts about the lifespan of these crabs.

In the United States, the largest distribution of these crabs is along the Gulf Coast.

This crab population is quite healthy and far from endangered. A large influence here is there are strict regulations governing the season when you can harvest them and — most importantly — how the creatures are harvested. The crab is one of the few animals that aren’t killed for food. If the fishermen are responsible, the stone crab is safely returned to the wild after its declawing.

Over time, as the creature molts, it will generate new claws. But it’s a slow process that can take up to three years. Older crabs never fully regenerate their claws. The regrowth is greatly influenced by how responsibly fishermen follow regulations concerning claw removal.

These crabs live at the bottom of bays, rock jetties, and oyster reefs. You’ll also spot the crabs in limestone sand and seagrass beds. They like to burrow and find refuge from their predatory adversaries. The baby and juvenile don’t spend a lot of time digging. Instead, they hide in seagrass or amid rocks.

The list of predators of the crab includes octopi (the crab’s main threat), large fish, sea turtles, and, of course, humans.

There are actually few predators the crab worries about. The size and power of its claws, as well their hardened exoskeleton, keep predatory behavior to a minimum. The stone crab’s known to use its claws to gash and pinch a predator’s gastrointestinal lining.

After molting, the crabs mate. After the fertilization and ovarian development are complete, the female deposits eggs in a sponge or external mass beneath the female’s abdomen. The number of eggs can be up to one million.

At this time, the female is ovigerous (egg-bearing). It is illegal to capture females in this state. (Fishermen can recognize the condition.) Eggs hatch in less than 14 days. The larval stage takes about four weeks. Then there’s the juvenile metamorphosis stage.

The adult crab will live up to seven years, the female eight.

Stone Crab in Fishing and Cooking

The stone crab claw is a seafood favorite. By law, you are only allowed to declaw if claws are at least 2¾ inches. Only a legal size claw can be removed before returning the animal to the water.

Crabmeat has a variety of recipes. The process is to sauté — quickly cook — the meat to not lose flavor and to sustain its flaky texture.

What is a stone crab?

The stone crab is a fish that lives in gulfs, coasts, and peninsulas in several points of the Western world. Their claws are a delicacy around the world.

When is stone crab season?

In Florida — where we get over 90 percent of our crab meat — harvest season starts in October and ends in mid-May. Seasonal regulations were recently shortened to protect egg-bearing females that were getting trapped in increasing numbers during their fertile periods.

Where are stone crabs found?

A huge population resides in Florida. You also find the crab in the waters of Belize, North Carolina, the Gulf of Mexico, the Greater Antilles, the Bahamas, and the Yucatan Peninsula.

Are stone crabs good to eat?

The meat of the stone crab is flaky, sweet, and succulent. You crack the shell and eat the meat like finger food. Usually cooked in the same fashion as shrimp, it’s said the taste is a mix of shrimp and lobster.

Can stone crabs hurt you?

That depends on what you’re talking about. If eating the animal, it’s possible to have an allergic reaction. But overall, there is no evidence of fresh crab being harmful to human physiology. Now, if you let yourself get caught in a stone crab’s claw, expect a badly bruised or broken finger.

What is the lifespan of a stone crab?

The male stone crab lifespan is about seven years while the female’s life cycle adds an extra year.

Why is it called a stone crab?

The name derives from the density of the crab’s hard exterior.

Why is stone crab so expensive?

The claws are one of the most costly seafood. A pound of stone crab claws runs about twice the cost of Alaskan snow crab legs. One of the reasons is the labor-intensive procedures for catching them, including using the safest methods to remove the claws and returning the crab back to the water.