Has no real natural predators! 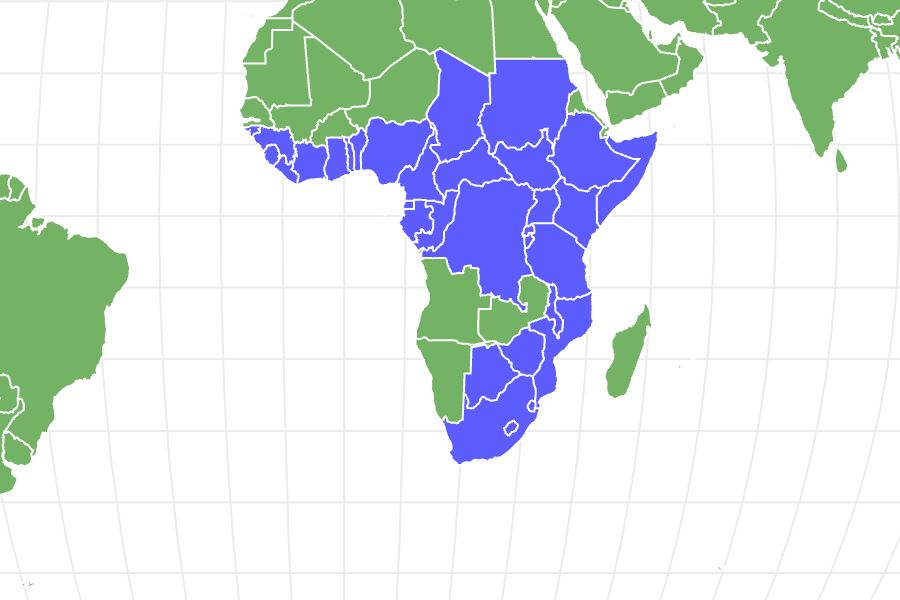 View all of our Buffalo pictures in the gallery.

View all of the Buffalo images!

What this lumbering African bovine lacks in style, it makes up for in substance. Not to be confused with American bison, the African Buffalo is an animal that can adapt to a wide variety of habitats, runs up to 37 miles per hour and literally cannot be tamed. Over their roughly two-decade lifespan, they hang around in herds that “vote,” while grazing on lands that are increasingly threatened by human development.

The scientific name for the African Buffalo is Syncerous Caffer. “Syncerous” is greek, meaning “top together,” a reference to the large horn bases on the male buffalo that appear joined on the top of the head. “Caffer” comes from the Latin “Country of the Kaffirs,” a reference to Africa as a whole.

All African buffalo are large and cattle-like animals, though they don’t share a close genetic link to cattle. The males average 1,600 pounds as adults–about as big as a four-wheeler! They also stand about five feet tall at the shoulder and reach as long as seven feet from nose to tail. Despite their size, a charging buffalo can reach up to 37 miles per hour.

African buffalo also have a terrible reputation for being ornery. Estimates vary, but deadly attacks by cape buffalo have earned it the nickname “black death.” In one infamous case, an experienced South Africa-based hunting guide was killed by a buffalo–a member of the same herd as a buffalo the guide, himself, had just shot. For this reason, trophy hunters have listed the African buffalo as one of the top five most dangerous (and, therefore, prized) creatures to hunt.

Despite this reputation, research has also found herds of African buffalo to be somewhat democratic and altruistic. Herd movements, for example, undergo a kind of a “vote” where females lay in the direction they want to move, with the most popular direction becoming the one the herd moves next. Herds will also band together to protect calves from attacks. They’ll even look out for other adults in the herd.

African buffaloes come in four varieties. These include the cape, West Africa savanna, Central Africa savanna and forest buffalo, and are mostly distinguished by their horn shape and relative size. The most common are the Cape buffalos, who have dark-brown coating of short, coarse fur and large, distinctive horns that curl downward and then back up, similar to a ram. Savanna buffalo are similar to Cape buffalo, but with slightly shorter horns and a wide range of fur styles ranging from light brown to virtual black. Forest buffalo are generally smaller than the others, with lighter brown (or even reddish) fur and shorter horns. Younger savanna buffalo sometimes have light brown fur as well, but most forest buffalo keep theirs into adulthood.

Buffaloes are animals that congregate in large herds, with each herd featuring anywhere from 50 to 500 members. Sometimes herds will join to create temporary super-herds, numbering in the thousands, to keep lions and other predators from easily singling out single members for attack. Any herd is typically made up of females and their calves.

Males will periodically form “bachelor groups,” smaller herds of adult males only. Even these herds, however, will separate into younger males and older males. The oldest males tend to prefer solitude.

Relationship to other “buffaloes”

Despite similar names, African buffaloes are not the same as “buffaloes” in other parts of the world. These include the water buffalo in Asia and the American bison, often called a “buffalo.” It only takes a close look to see how much different bison are from buffaloes–American bison have smaller, differently-shaped horns, thicker fur (often with a “beard!”), a hump at the shoulders and a completely different head shape.

Water buffalo, meanwhile, share a number of other features, but have some big differences. Unlike their African cousins, water buffalo are largely domesticated. This means they are used, specifically throughout China and India, similar to how cows and oxen are used in other parts of the world. Though African buffalo are sometimes hunted for meat, their unpredictable attitude has prevented them from ever being tamed. Almost all water buffaloes in the world are tamed, and virtually all African buffaloes are wild.

Despite their sometimes violent nature, buffaloes don’t eat meat. Like many hooved animals, they spend their waking moments grazing on plants. Though they only have a very distant evolutionary link to cows and other bovines, buffalo will chew cud just like a cow. That means, they will spit up grass from earlier to re-chew and extract more nutrients.

Unlike other grazing animals, African buffalo graze mostly at night. They appear to do this, in part, because buffalo have a hard time regulating their body temperature.

Though buffalo face a number of predators in the wild, their biggest threats are humans and food sources. Buffalo spend most of their day grazing, making them susceptible to starvation during droughts. Meanwhile, their prized status by hunters means there’s no shortage of big game safaris that target them. Africa’s natural hunters–particularly, lions and packs of wild dogs–pose a constant threat to buffalo that get separated from the herd.

The biggest threat to African buffalo, however, is irresponsible human development. Development, such as carving out cropland or clearing fields for housing and city expansion, cuts up the habitats of the buffalo, making it harder to find food. Since buffalo spend most of their day eating, this can quickly affect populations. It can also put humans at danger from buffalo, as buffalo tear up crops, knock down fences, and spread disease to livestock.

The African buffalo gives birth to approximately one calf every few years. Mothers remain pregnant for as much as a full year–longer than humans, even! After giving birth, the calf will remain dependent on the mother for as much as another year. Though male buffalo will take no direct role in upbringing, the calves emit a specific cry that will bring all members of the herd to their rescue.

In the wild, buffaloes typically live for 10-22 years, while living almost 30 years in captivity.

Buffaloes enjoy a healthy population throughout Africa, but numbers are declining. In the last decade, the International Union for the Conservation of Animals (IUCN) has changed the buffalo’s status from “Least Concern” to “Near Threatened.” This decline is attributed to farming practices that destroy their grazing lands, as well as threats from prize hunters and meat poachers.

They are not. The American Buffalo is actually a “bison.” In taxonomy, African buffalo and bison come from two distinct evolutionary paths, connected only by the same subfamily that also includes antelope, yaks and cattle.

Are buffalo used for meat or milk, like other livestock?

African buffalo do not end up on farms. Though they share many features with other types of livestock, their unique temperament has made them impossible to tame. Some will poach the buffalo for meat, but this is a dangerous task for even the most experienced hunters.

Are Buffalo herbivores, carnivores, or omnivores?

What Kingdom do Buffalo belong to?

Buffalo belong to the Kingdom Animalia.

What phylum do Buffalo belong to?

Buffalo belong to the phylum Chordata.

What class do Buffalo belong to?

Buffalo belong to the class Mammalia.

What family do Buffalo belong to?

Buffalo belong to the family Bovidae.

What order do Buffalo belong to?

Buffalo belong to the order Artiodactyla.

What genus do Buffalo belong to?

Buffalo belong to the genus Syncerus.

What type of covering do Buffalo have?

Buffalo are covered in Hair.

In what type of habitat do Buffalo live?

What are some distinguishing features of Buffalo?

What do Buffalo eat?

What are some predators of Buffalo?

Predators of Buffalo include humans, lions, and crocodiles.

What is the average litter size for a Buffalo?

The average litter size for a Buffalo is 1.

What is an interesting fact about Buffalo?

Buffalo have no real natural predators!

What is the scientific name for the Buffalo?

The scientific name for the Buffalo is Syncerus Caffer.

What is the lifespan of a Buffalo?

How fast is a Buffalo?

A Buffalo can travel at speeds of up to 22 miles per hour.