Why is the Mississippi River Important? Discover 5 Incredible Facts

There are 2,340 miles of the Mississippi River, making it the third-longest river in North America. It’s one of the world’s most important waterways for the transportation of goods and food. In this post, we’ll look at five fascinating facts about the Mississippi River’s significance. Let’s begin!

1. The Mississippi River Has an Abundance of Wildlife!

The Mississippi River is home to a variety of mammals, from small, elusive northern shrews to larger, more conspicuous species such as bats, otters, beavers, coyotes, and white-tailed deer.

The Mississippi River contains a vast variety of bird habitats, making it a sanctuary for numerous species. Both in the spring and the fall, the river serves as an important migratory corridor for birds.

Mussels play an important role in the river’s ecology and have unique life histories, although are frequently disregarded.

Fish populations have made a spectacular rebound in recent years after massive pollution decimated their populations. Because of their presence, many species such as eagles, otters, herons, mussels, and more can thrive in the river!

Although bugs can be annoying, they do serve a purpose. For example, they clean up dead animals and plants, feed birds and other wildlife, and pollinate crops. They are vital to the Mississippi River and its environment.

Amphibians and reptiles, particularly snakes, live across the Mississippi River and are necessary to keep the balance in the ecosystem. One of the snakes in the Mississippi River is the northern water snake. In the river, it can be spotted lurking in the bushes and swimming along the bank.

Along this great American waterway, there is so much to view that it is easy to miss a few nuances. The connection that the river provides, which drains 41% of the United States and carries more water than any other river in the country, is still very important. The Upper Mississippi River National Wildlife and Fish Refuge are in Iowa’s Davenport region, to the north of that city.

Recreation opportunities become less available south of St. Louis, as river access is blocked by levees. The Mississippi National River and Recreation Area in Minnesota is one of seven National Park Service sites located along this stretch of water in Minnesota.

The Mississippi’s depth varies, so be aware of your surroundings. At Algiers Point in New Orleans, the Mississippi River is at its deepest, which is 200 feet deep. The river alternately scours and deposits silt, therefore its depth changes.  In river pilotage, Algiers Point is just one of numerous land points around which the river flows; however, it is truly a unique area. It’s connected to downtown by one of the nation’s oldest ferry lines. A boat puts you on Algiers Point’s levee, as it has for 300 years.  Its pace may be slow, but its Victorian-style wood houses yell their individuality.

5. The Mississippi River Ranges From 20 Feet To 11 Miles At Its Widest!

The Mississippi River’s breadth ranges from 20 to 30 feet at its narrowest point to 11 miles wide at its widest point! A stretch of the Mississippi that is more than 11 miles wide is in Bena, Minnesota at Lake Winnibigoshish. Lake Pepin, where the shipping channel is about two miles wide, is the widest navigable portion of the Mississippi. The next widest point is immediately downstream from the confluence with the Missouri River, near Alton, Illinois, excluding some lakes in Minnesota and Wisconsin. It spans 1 mile (1.6 kilometers).

A great adventure is having one’s eyes opened to the length and breadth of the Mississippi River’s reach. The river is an essential resource since it provides hydroelectric power, drinking water, and habitat for a diverse array of species. Above the junction of the Ohio River and the Little Mississippi, barges carry more than half of the country’s corn and soybeans. It should come as no surprise that the development of industry and the preservation of the environment in the United States are both dependent to a significant degree on the country’s expansive Mississippi River system. 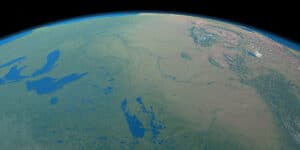 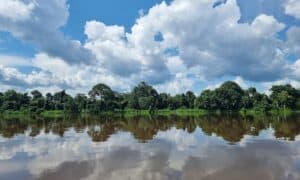 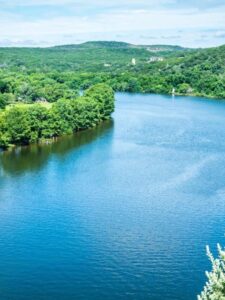