Click through all of our Eagle images in the gallery. 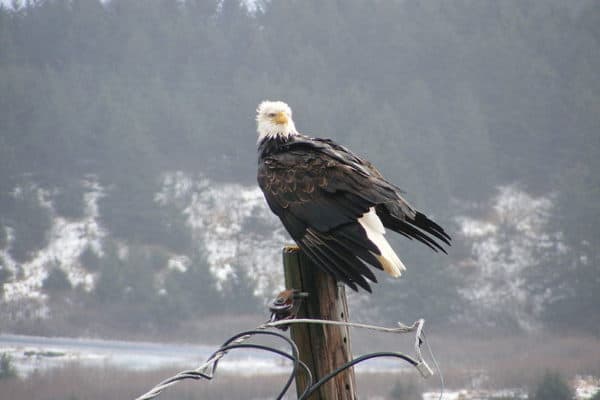 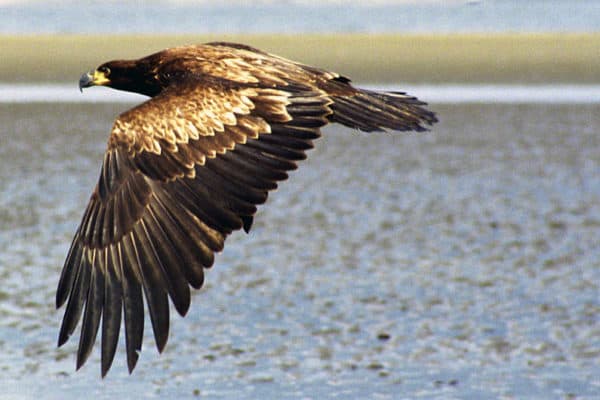 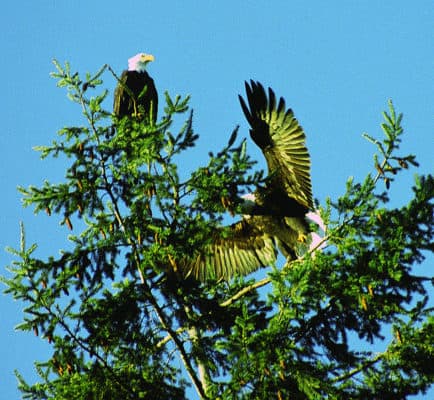 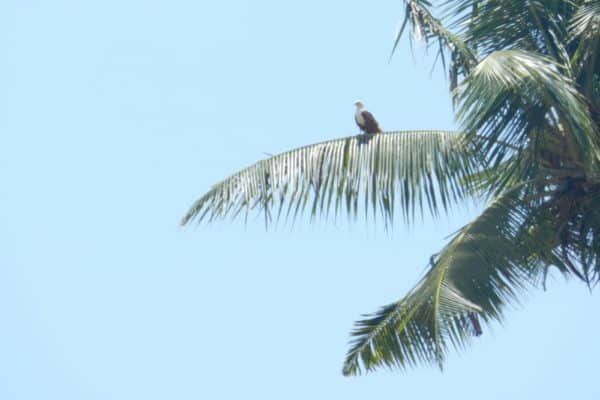 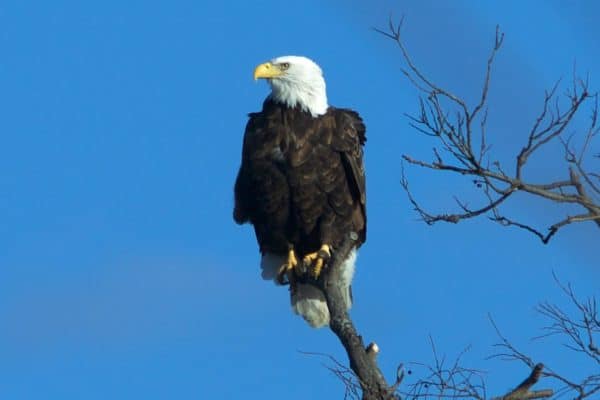 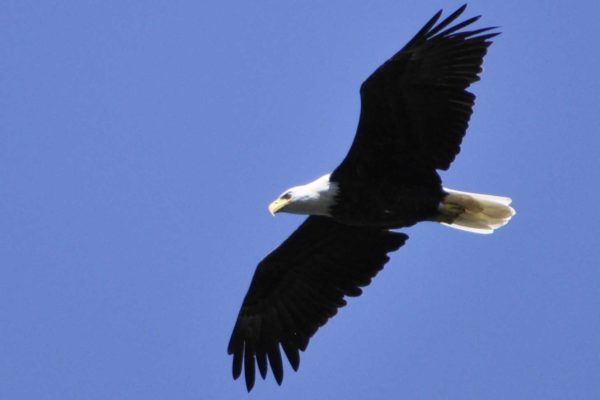 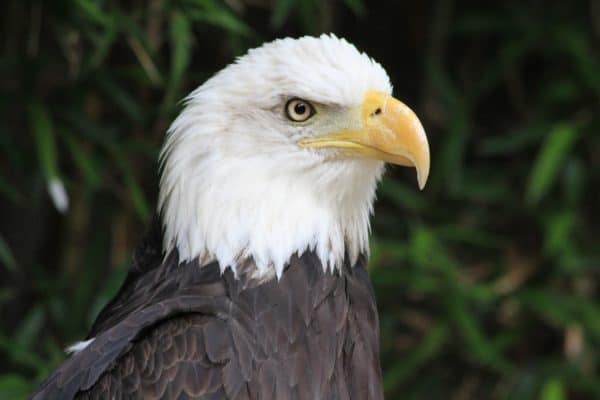 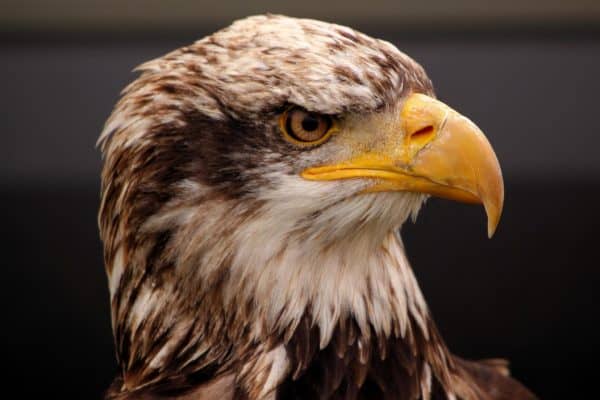 View all of the Eagle images!

The eagle is a (generally) large sized bird of prey meaning that the eagle is one of the most dominant predators in the sky. Eagles are most commonly found in the Northern Hemisphere including Europe, Asia and North America. Eagles are also found on the African continent.

The size of an eagle is dependent on the species of eagle. Eagles can range in size from 40cm to over 1m in height. The wingspan of an eagle tends to be at least double the length of the eagle’s body. Eagles have feathers on the ends of their wings which the eagles move up and down to help them when flying.

Eagles are dominant predators and are known as birds of prey. Eagles feed off smaller birds and bats in the sky and small mammals and fish on the ground. The eagle is well known for its incredible eyesight. An eagle’s eyesight is so good that an eagle can apparently see a mouse on the ground when the eagle is still high in the sky.

The eagle is used as a symbol in many national flags and emblems all around the world, as an eagle is believed to resemble power or good fortune. Eagles are dominant and ruthless predators in their environment and eagles therefore have very few natural predators themselves. Eagles are most likely to be hunted by smaller animals when they are chicks or still young and inexperienced so they are fairly vulnerable.

Female eagles build their nests in tall tree tops or on high cliffs where they are at their safest. The mother eagle tends to lay two eggs, which hatch after about a month. In many eagle species however, one of the eagle chicks is naturally slightly stronger than the other chick, with the stronger chick generally killing it’s weaker sibling.

Eagles have adapted well to their dominant predatory lifestyle. Not only do eagles have exceptional eyesight and are about to soar remarkably quickly through the air for such a large bird, but eagles also have pointed beaks and agile feet known as talons. The beak of the eagle is perfectly designed for ripping flesh away from bone, and the talons of the eagle are so strong that the eagle is able to carry it’s prey in its feet until it reaches a safe place to eat it.

Are Eagles herbivores, carnivores, or omnivores?

Eagles are Omnivores, meaning they eat both plants and other animals.

What Kingdom do Eagles belong to?

Eagles belong to the Kingdom Animalia.

What class do Eagles belong to?

Eagles belong to the class Aves.

What phylum to Eagles belong to?

Eagles belong to the phylum Chordata.

What family do Eagles belong to?

Eagles belong to the family Accipitridae.

What order do Eagles belong to?

Eagles belong to the order Falconiformes.

What type of covering do Eagles have?

Eagles are covered in Feathers.

In what type of habitat do Eagles live?

What is the main prey for Eagles?

What are some predators of Eagles?

Predators of Eagles include humans, hawks, and raccoons.

What are some distinguishing features of Eagles?

How many eggs do Eagles lay?

What is an interesting fact about Eagles?

What is the scientific name for the Eagle?