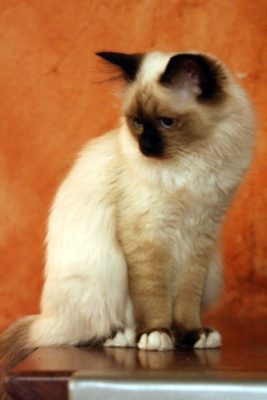 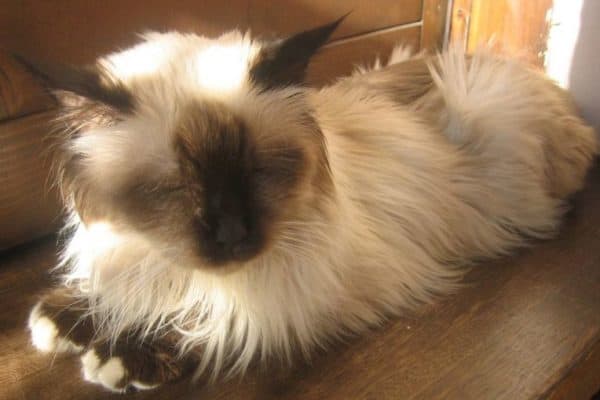 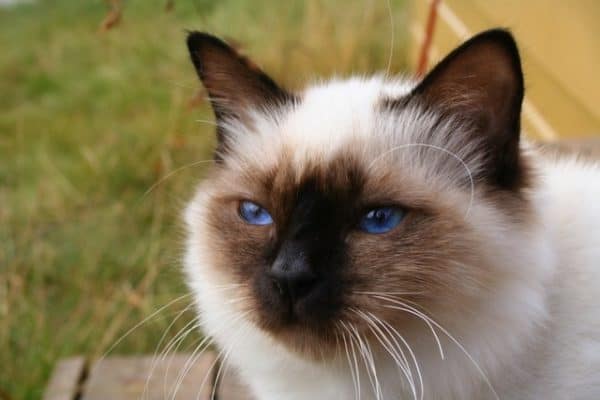 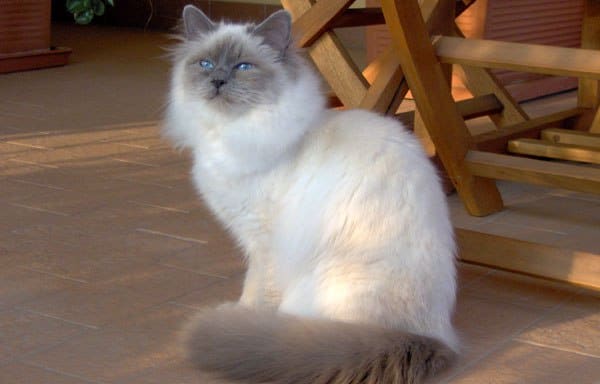 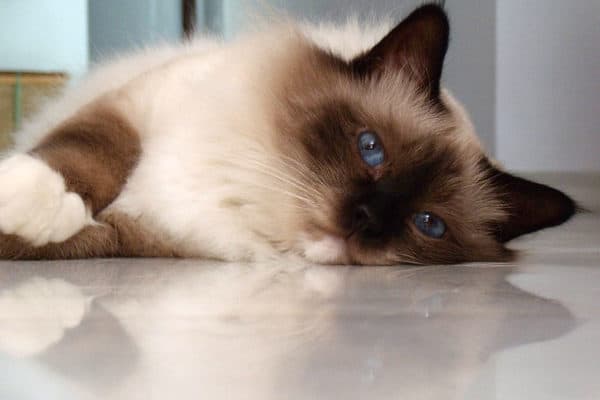 The Birman Cat (also known as the sacred cat of Burma) is thought to have originated in today's Myanmar (Burma), and is thought to be a close relation of the popular Burmese cat. The Birman cat has a bright white and brown marked coat with beautiful blue eyes.

The Birman is an intelligent breed of cat that always appears interested in its surroundings. The Birman is a gentle natured and playful animal that relies on human affection and championship.

The legend of the Birman cat is thought to be that originally, the guardians of the Temple of LaoTsun were yellow-eyed white cats with long hair. The golden goddess of the temple, Tsun-Kyan-Kse, had deep blue eyes. The head priest, Mun-Ha, had as his companion a beautiful cat named Sinh. One day the temple was attacked and Mun-Ha was killed. At the moment of his death, Sinh placed his feet on his master. The cat's white fur took on a golden cast, his eyes turned as blue as the eyes of the goddess, and his face, legs and tail became the colour of earth. However, his paws, where they touched the priest, remained white as a symbol of purity. All the other temple cats became similarly coloured. Seven days later, Sinh died, taking the soul of Mun-Ha to paradise.