There are different types of cat temperaments that include their level of friendliness. Some cats are very independent and will balance out cuddle time from their owners with solitude. Others are the best cats for cuddling, such as lap cats who are attached only to their owners and don’t trust other people. Then there are unique breeds that are most affectionate not only to their owners but other people, even strangers, other cats, and dogs, some of which are also the most playful. Here are the top 10 types of the friendliest cats around.

The so-called dog of the cat world, and when large, a gentle giant, the Maine Coon is muscular, an expert hunter, prepared against cold weather with a thick, fluffy coat, and has a friendly face as well as distinct “lynx” tips of fur on its ears. It is also one of the most loving cat breeds. This breed is the most affectionate to its owner and follows them around everywhere. It is also one of the friendliest cats towards other people, too. Although it’s not one of the most playful, it’s very curious and social and will act friendly towards other cats and even dogs. Not only does it have silky-soft fur and loves to be petted, but it’s also great for families with small children.

One of the most famous Maine Coons on social media, Cinnabon was an abandoned orange-colored cat that lived in the woods behind Lex’s house. After several weeks of feeding him and deciding to create a shelter for him, Lex was able to pet him and lure him into the house. The rest is history. Cinnabon is a perfect example of why the Maine Coon was nicknamed “America’s cat.”

So-called because it goes limp like a ragdoll when you hold or carry it, the Ragdoll is not only gorgeous-looking, but its tendency to turn floppy means it easily trusts you. It’s also one of the friendliest cats, the most affectionate, and one of the best cats for cuddling. In fact, it enjoys little more than being held or being in your lap. It’s also very sweet with children and a good choice for people living in small houses or apartments. This cat will follow you around the house and greet you at the front door after work.

Another one of the friendliest cats is the Burmese, and that’s because it’s charming as well as one of the most loving. This small to medium-sized breed has the original color of dark brown but is also available in several other colors. It loves to be in your lap and that makes it one of the best cats for cuddling, too. This cat is known for enjoying being around people, purring like a motor, and grooming – itself, you, other cats, and dogs. Personality-wise, it has kitten-like energy and playfulness that lasts into adulthood along with puppy-like traits, making it also one of the most playful breeds.

The Burmese loves attention and will often watch you to make sure you are observing its antics. It also loves to play games such as tag and fetch and is a highly responsive pet. That said, it is also talkative and will chat with you a great deal. However, its voice is delicate and not as harsh as some of its cousins’. If you want a feline which is most likely to get along with other resident furballs, this breed is likely to make an excellent choice.

If you’re looking for a wild-looking exotic cat breed, the Ocicat is a great choice. The ocelot-like spotting belies, surprisingly enough, one of the friendliest cats around. A laid-back yet active and outgoing personality makes it devoted but friendly enough to get along with other people, kids, strangers, dogs, and other pets. It’s also one of the most playful cats around even as it’s one of the most affectionate towards its owner and family.

If you’re looking for a cat that gets along with children and other pets, the Sphynx is a top choice. it even enjoys hanging out with dogs. This hairless breed doesn’t let its lack of fur or unique grooming needs stand in the way of it being the center of attention, as this most playful breed is mischievous, silly, and a show-off. It’s also one of the most loving breeds and one of the best cats for cuddling, coming to you when it needs warmth.

The Birman is a color-pointed, long-haired cat with white “gloves” on each paw and deep blue eyes. It’s a favorite cat breed around the world because of its adorable appearance as well as for being one of the most affectionate, loyal breeds. This breed is also one of the most playful and does well in a household with multiple pets, and it’s as great with children as it is with adults. However, it’s fine as a single cat as long as there are other people around. It’s a little shy at first around strangers.

The Siamese is appealing at first glance because of its exotic appearance, with its pointed coloring, slender, graceful body, wedge-shaped head, and striking blue eyes. The Cat Fanciers’ Association calls it the ‘people’s cat’ because it’s one of the best cats for cuddling. It enjoys being in your lap and will insist on being near you all the time when it can’t, such as waiting outside the shower. Plus, it’s very communicative and will meow loudly for attention or to tell you what it likes or doesn’t like. This demanding cat does best with an owner that can devote frequent, regular attention to it, and greatly enjoys having another cat around for companionship. If you have two Siamese cats, you get twice the meowiness.

The Abyssinian has a very important-sounding name, and in fact, it’s one of the most ancient cat breeds and one of the five most popular in the world. The beautiful domestic shorthair has a ticked tabby ruddy-colored coat, fine bone structure, a slender, medium-sized body, large ears, and an extroverted, intelligent personality. While not one of the best cats for cuddling if you’re looking for a lap cat — it’s not likely to sit in your lap — it’s still one of the most playful and most affectionate towards its family. It balances the “zoomies” or racing around the house with lazy languor. At the same time, it’s also nosy and will jump on high perches to see what you’re doing or distract you. The Somali, also known as the Fox Cat, is the long-haired version of the Abyssinian if you want your cat on the fluffy side.

Also known as the Corn Rex, the Cornish Rex has no fur, only the fine down or undercoat, which is curly. This adds to its unusual appearance with its sleek body and large ears. It’s intelligent, adventurous, curious, and has kitten-like energy, tending towards galloping runs which makes people refer to it as the Greyhound of cats. At the same time, it’s also one of the friendliest cats towards people, kids, and other pets alike, making it one of the most affectionate all-around breeds.

One of the most docile cat breeds, the Persian is beautiful, sporting a flattened face, a long, fluffy coat, and a plumed tail. It is easily one of the most affectionate and the best cats for cuddling. It also enjoys being groomed. Sweet, gentle, and laid-back, it is not overly demanding. Do not expect it to be very playful, though — it would rather just lounge around on or near people.

The different types of cat breeds are known for their distinct looks as well as their level of affection towards their owner as well as other people, other cats, and dogs. They are especially good for first-time cat owners, people with families, and those that spend a lot of time with their pets. If you’re looking for a very involved cat, you’ll want one that is the most playful and/or the most affectionate. 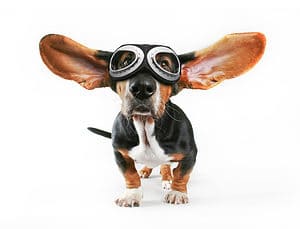